Offshore centers for Afghans in Turkey “not possible”: Minister 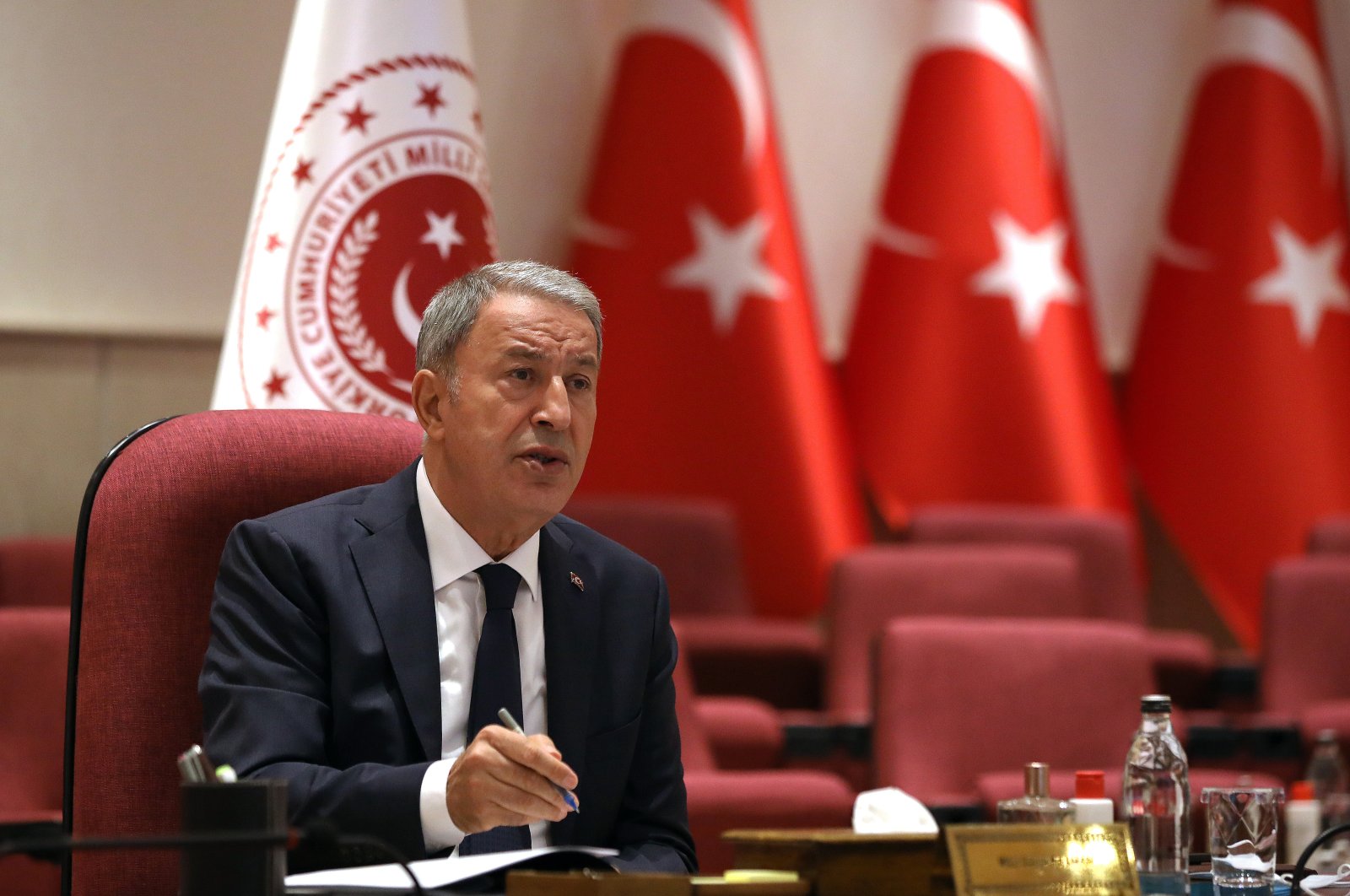 Defense Minister Hulusi Akar presiding over a military conference on the recent developments in Afghanistan in Ankara, Turkey, Aug. 23, 2021. (AA Photo)
by DAILY SABAH WITH AA
Aug 24, 2021 9:38 am

After the piece's publication in the U.K. Mail on Sunday, some media outlets baselessly reported that Wallace had mentioned possible centers in Turkey and Pakistan.

BBC Turkish – among the outlets that misreported the supposed plans for bases – later issued a correction and apology for its false reporting.

"The news in the U.K. press saying there are plans to establish an asylum processing center for Afghan asylum-seekers in Turkey does not reflect the truth," Turkey's Foreign Ministry also said in a written statement on Sunday.

Akar's remarks followed a videoconference with Turkey's Chief of General Staff and the commanders of the air, land and naval forces. The commander of the Turkish Task Force in Afghanistan – whose role in keeping the peace at Kabul Hamid Karzai International Airport has been praised – and Turkey's Ambassador to Kabul Cihad Erginay were also in attendance.

During the meeting, Akar was briefed about Turkey's recent activities at the Kabul airport and the latest situation in the country amid the withdrawal of U.S. and NATO troops.

As the Taliban's recent rapid takeover of Afghanistan spurred a refugee exodus, Turkish officials have stressed that Turkey – which hosts more refugees than any other country in the world, nearly 5 million – cannot and will not accept a new wave of Afghan refugees.