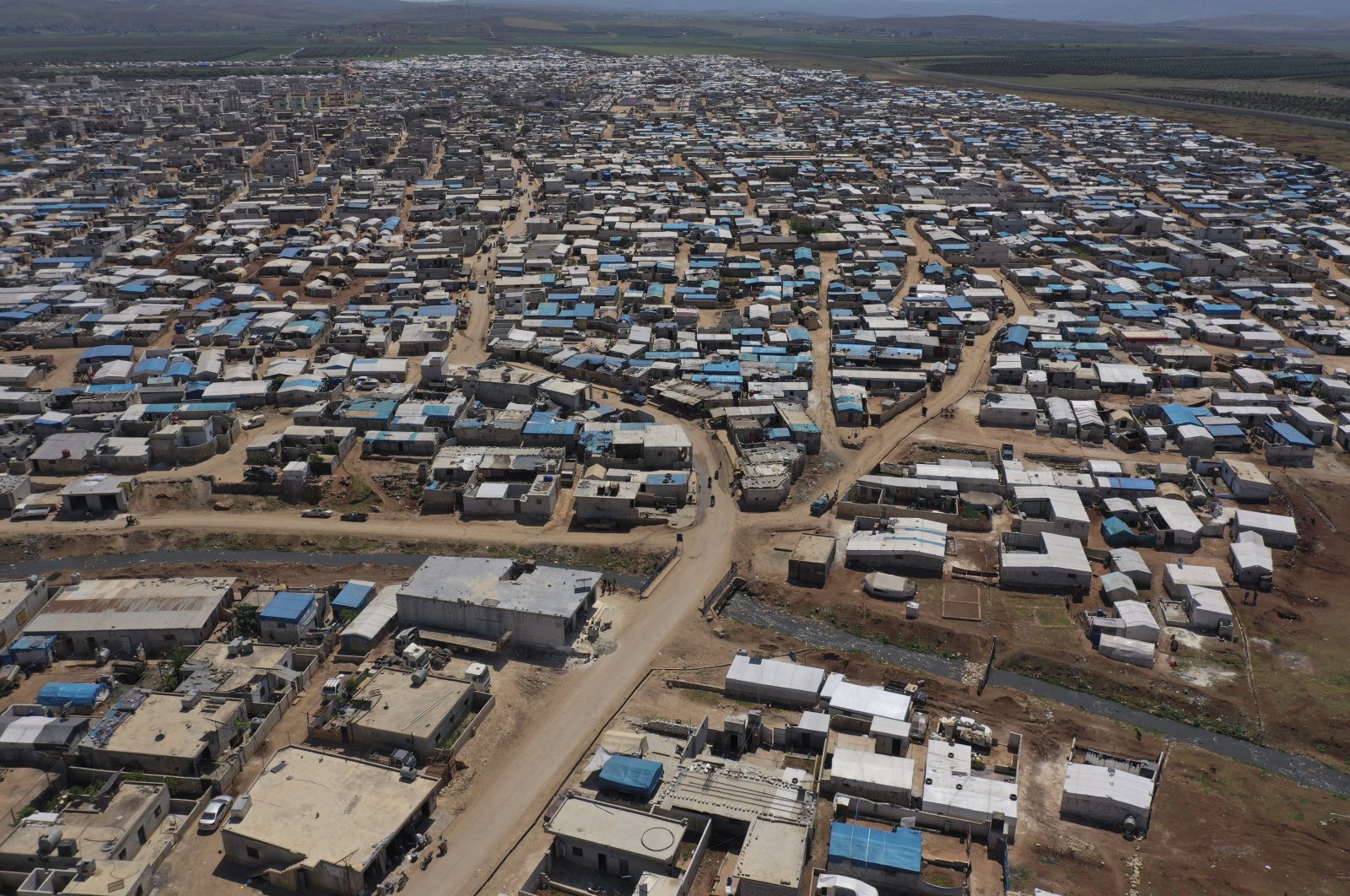 Politicians in Turkey are joining in humanitarian aid activities for the displaced civilians in northwestern Syria's Idlib province with individual contributions from their own income.

The latest donation for the Idlib refugees came from Interior Minister Süleyman Soylu on Monday as he sponsored the construction of 10 more briquette houses by humanitarian aid agencies in order to create safe living spaces for displaced Syrians.

The donation came within the scope of an aid campaign by several humanitarian agencies, coordinated by Turkey's Disaster and Emergency Management Authority (AFAD), titled "We are together, we are siding with Idlib."

Hosting the heads of the participating humanitarian agencies in his office, Soylu said the main aim of the campaign is to build houses for 50,000 displaced families before winter comes and keep their hopes for the future alive.

"We are putting our signature under a very important charity," the minister said, adding that Turkish people have gone to great lengths to secure the displaced Syrians.

Criticizing Europe for its failure in coping up with the refugee crisis, Soylu said that despite the lack of international support, Turkey is capable of ensuring peace on its borders.

Sharing a post on Twitter, Soylu stated that in cooperation with the Sadakataşı Foundation, the Social Development Center and the Education and Social Solidarity Association (TOGEM), Erdoğan donated 57 briquette houses to Idlib. The minister also expressed his gratitude for the donation.

Still, due to overcrowding and the lack of essential infrastructure in refugee camps, displaced civilians face great difficulty in finding places to take shelter. Thousands of families are in dire need of humanitarian aid as they struggle to live under harsh conditions.

Soylu also announced Thursday that in an attempt to ease the conditions for the refugees on the Turkish border, Turkey has raised over TL 717 million ($104.63 million) so far.

Erdoğan congratulated nongovernmental organization leaders for their contribution to build homes for the refugees in northwestern Syria.

He said Turkey aims to fulfill its goals to build homes in the summer so refugees can take shelter before the winter months hit.

Meanwhile, the president also said he would personally fund the construction of 50 more homes for Idlib civilians, in addition to Soylu's pledge to fund 20 homes.