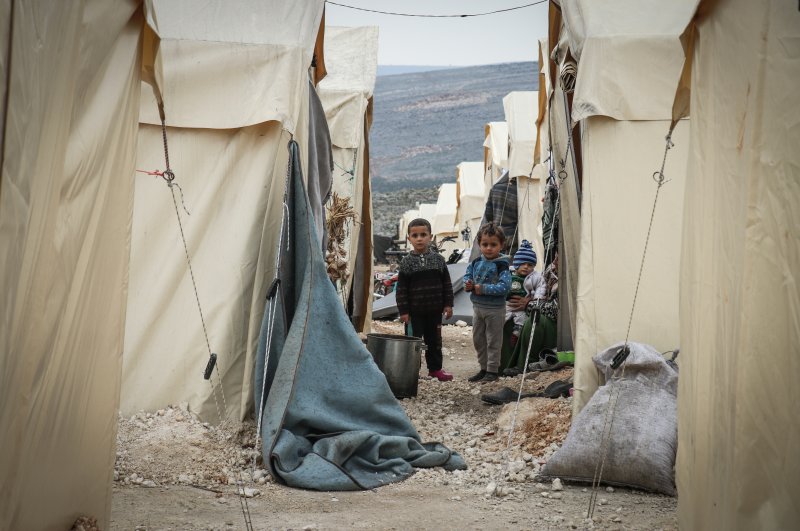 An additional $108 million of aid will be given for Syrian refugees by Washington in the face of the escalating humanitarian crisis in Syria, following the Bashar Assad regime’s latest assault to gain territory.

The U.S. State Department announced $108 million of additional humanitarian assistance for Syrian people as a U.S. delegation arrived at the Turkish-Syrian border on Tuesday.

U.S. Ambassador to the U.N. Kelly Craft and U.S. special envoy for Syria James Jeffrey arrived Tuesday in southern Turkey near the Syrian border to be briefed on international aid provided for Syrians fleeing attacks by Assad regime-aligned forces.

The U.S. delegation visited a logistics center in the district of Reyhanlı in Hatay province. At the center which distributes U.N. aid to Syrians, Craft and Jeffrey were informed by U.N. Humanitarian Affairs Chief Mark Lowcock on the latest developments on the ground.

They were accompanied by Turkey's U.N. envoy Feridun Sinirlioğlu and U.S. Ambassador to Turkey David Satterfield.

Craft said U.S. President Donald Trump sent her to Hatay to observe the conditions and grievances of displaced people, adding that Washington would provide additional funding of $108 million for Syrians.

Asserting that the humanitarian crisis was the result of aggression by the Russian-backed Assad regime, she said the international community should pressure Moscow and Damascus for a cease-fire.

Craft voiced appreciation for Turkey's efforts regarding refugees and said Washington was aware of the burden that Ankara has shouldered.

Lowcock, for his part, said Turkey was extremely generous to refugees and that humanitarian activities would not have been easy if not for Ankara's cooperation.

He said the U.N. had dispatched 50 trucks per day to the city of Idlib in northern Syria, and that they increased this figure to 100, adding that U.N. officials were in contact with Turkish authorities to send more.

Emphasizing that the majority of Syrians in need of relief were children and babies, he said the trucks carried items such as tents and food. Notably, he said only 9% of Syrians had so far been supplied with aid materials.

Attacks by the Assad regime forces killed 55 Turkish soldiers in Idlib in February. President Recep Tayyip Erdoğan has threatened to push back Assad forces if they do not pull back to pre-determined lines. Regime airstrikes targeting Turkish troops have heightened tensions between pro-opposition Turkey, Assad and its ally, Russia.