12 families struggle to rescue children from PKK in Turkey's Hakkari 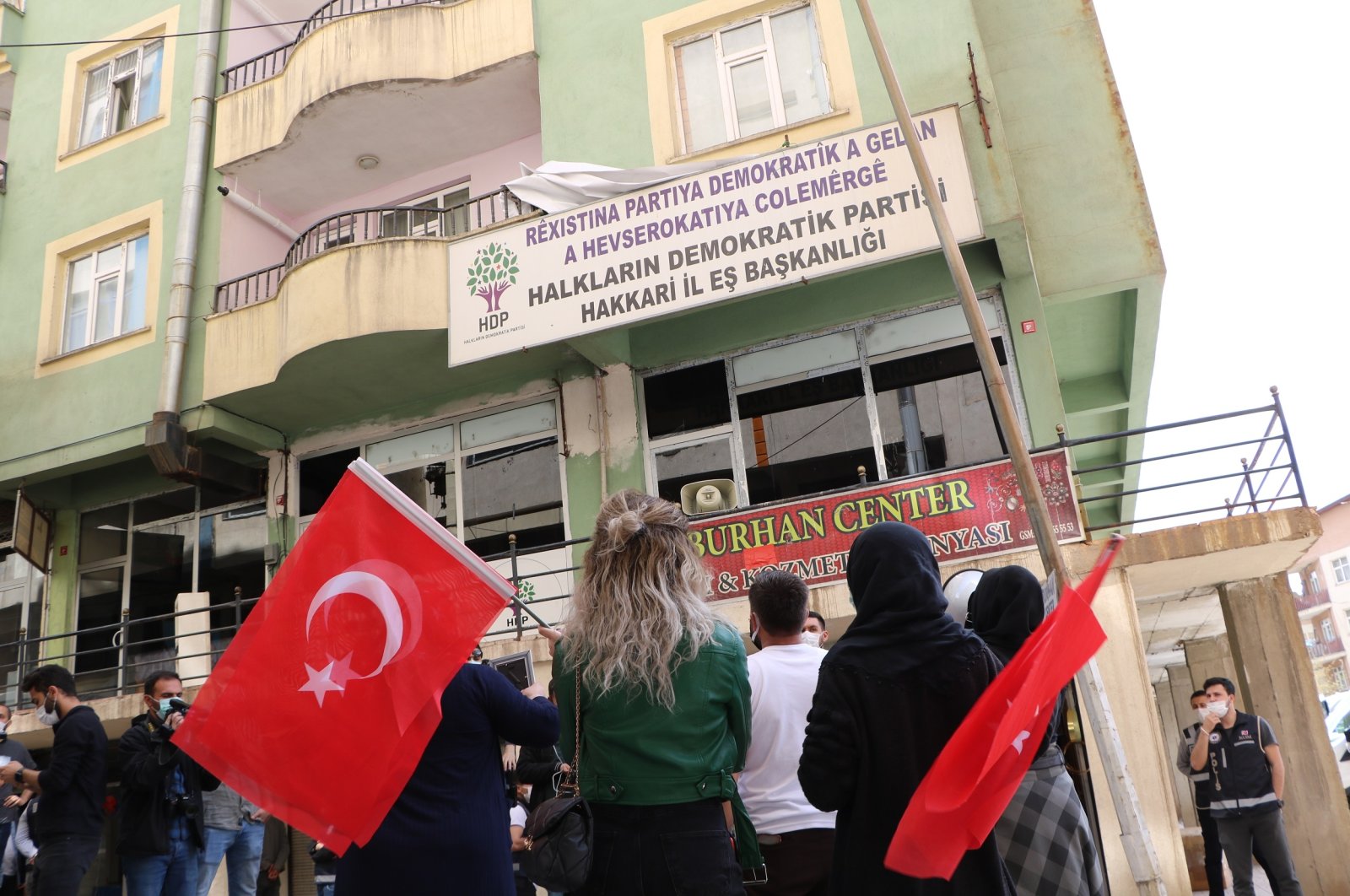 Twelve families that have been protesting in front of the pro-PKK Peoples’ Democratic Party’s (HDP) provincial office in southeastern Hakkari province are determined to maintain their struggle until they rejoin their children abducted by the terrorist group.

The 12 families have been protesting since Jan. 8 and voicing their criticism of the PKK.

Necibe Çiftçi, who joined the protests for her son Roşat abducted by the PKK six years ago at the age of 16, expressed her determination to continue her fight for her child. Çiftçi said that her other son was targeted by terrorists for trying to search for his brother.

“One night, PKK terrorists attacked our home. It was the middle of the night. They were armed and we not. They took my child and killed him in a barn after tying his hands,” he said, calling on her son Roşat to surrender to the Turkish police and soldiers.

Leyla Çiftçi, whose relative was also abducted by the PKK, similarly stated that she has been protesting for weeks.

“It is enough, brother must not kill brother,” she said.

Another mother, Esmer Koç, was protesting for her daughter in Diyarbakır province and later joined the protests in Hakkari.

Saying that her daughter was abducted at the age of 13, Koç said: “Since that day, we searched for her everywhere. Yet, I could not find my daughter. I do not know if she is dead or alive.”

Koç elaborated that it was her relatives that deceived her daughter under the pretext of taking her shopping. Instead, they gave her daughter to PKK terrorists.

In its more than 40-year terror campaign against Turkey, the PKK – listed as a terrorist group by Turkey, the U.S. and the European Union – has been responsible for the deaths of 40,000 people, including children.

Meanwhile, the Diyarbakır protest, which started when Hacire Akar turned up at the doorstep of the HDP’s office one night after her son was abducted by the PKK, is also continuing simultaneously. Akar’s son Mehmet returned home on Aug. 24, 2019, giving hope to other families.

The HDP, long facing public reaction and judicial probes over its ties to the PKK, is under pressure from the growing civilian protest movement. Various groups from around Turkey have supported the Kurdish mothers in their cause, with many paying visits to show their support.