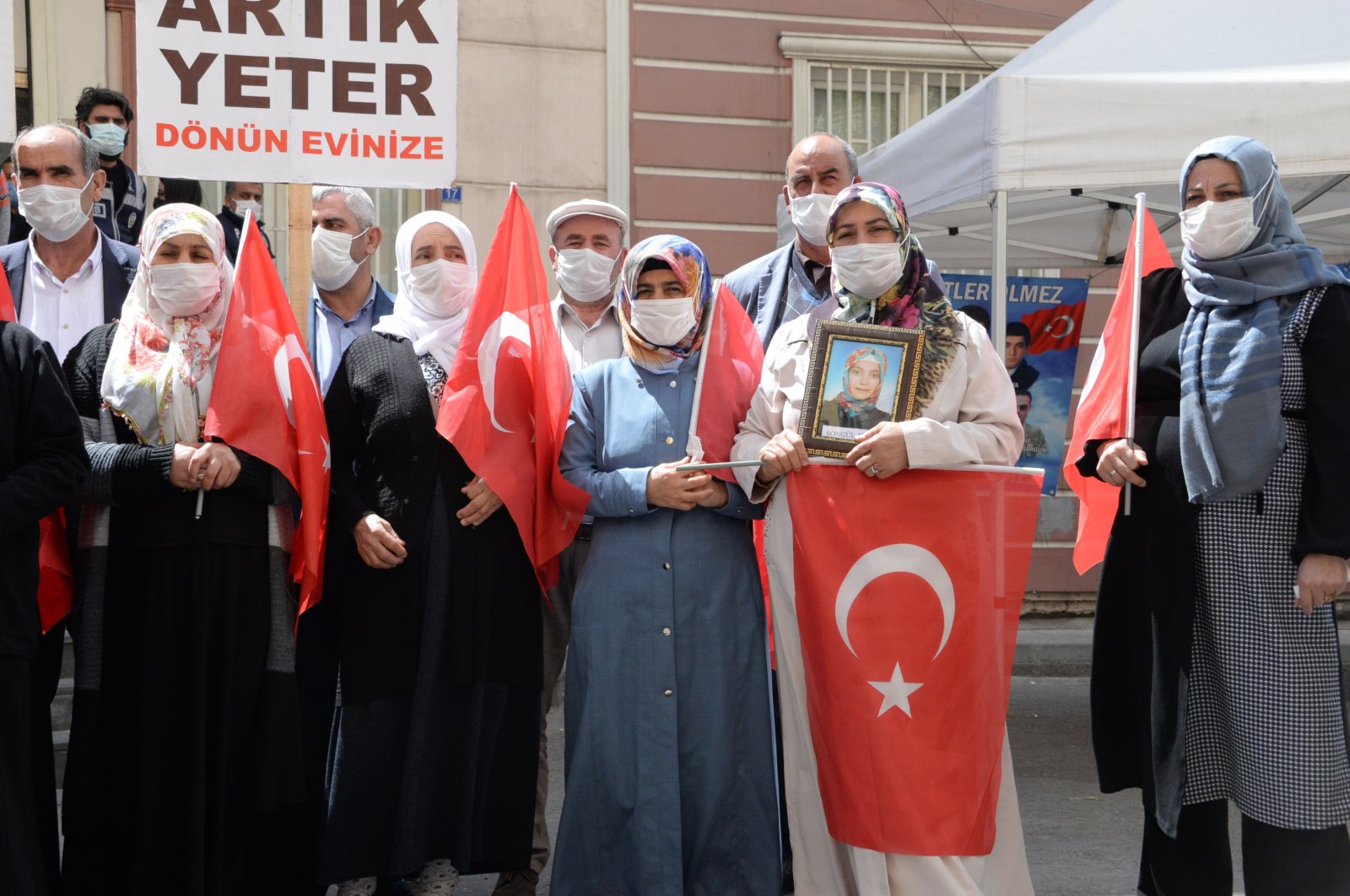 One more family joined the ongoing sit-in against the PKK terrorist group in southeastern Turkey Sunday.

Families of children abducted or forcibly recruited by the PKK terrorist group have been protesting for more than a year in Diyarbakır province, calling on their children to lay down their arms and surrender to authorities.

The protest outside the office of the pro-PKK Peoples' Democratic Party (HDP), which the government accuses of having links to the PKK, was originally initiated by three mothers on Sept. 3, 2019.

Besime Altürk, a woman who came from Turkey's southeastern province of Gaziantep to join the protest, said her daughter, Şehriban, had been kidnapped by the terrorist group seven years ago at the age of 22 while studying medicine in the eastern province of Van.

Altürk said that while preparing for their son's wedding in July 2014, her daughter had been deceived and taken to the mountains where the terrorist group operates.

"She was a medical student in her fourth year. She said she would go to Van and return a week before the Ramadan Bayram," she said, referring to Ramadan Bayram, also known as Eid al-Fitr, the celebrations at the end of the Muslim holy month of Ramadan.

Besime's mother said she has yet to hear from her daughter: "I want my daughter back. The HDP has to bring my daughter to me."

Urging her daughter to surrender to security forces, the lamenting mother stated: "I've been receiving psychological treatment for years. I have two sons and I try to stand strong for them. Please come back, my daughter, we're waiting for you. We miss you so much."