Families continue to demand their children's return from PKK 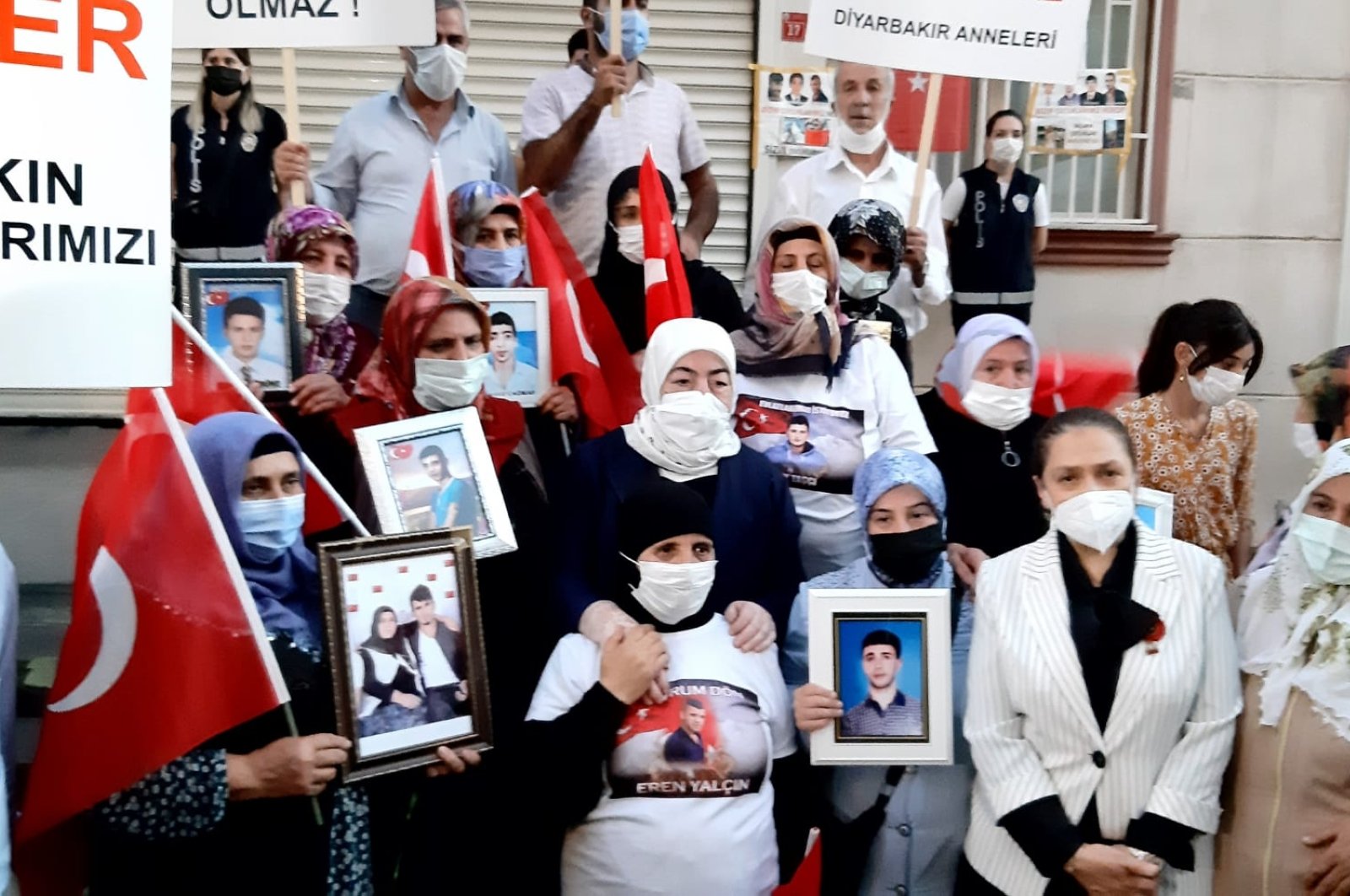 Families protest their children's abduction by the PKK terrorists in front of the HDP headquarters in Diyarbakır province. (DHA File Photo)
by Anadolu Agency
Oct 03, 2021 8:06 pm

Families who have been protesting the abduction of their children by the PKK terrorist group in front of the pro-PKK Peoples' Democratic Party (HDP) continue to urge the party to facilitate their children's return.

Since Sept. 3, 2019, families have been camped for 762 days outside a party the Turkish government says has links with the PKK.

Demonstrations have since spread to other provinces including Van, Muş, Şırnak, and Hakkari.

Necibe Çiftçi came from Hakkari's Şemdinli district to join the protest, hoping to get back her son Rosat, who was abducted by the terrorist group six years ago at the age of 16.

She said the PKK also murdered her elder son and husband Sami Çiftçi because they refused to support the terrorist organization.

"My son, the HDP deceived you and handed you over to the PKK. Come back now, enough is enough," she said.

Yusuf Erdinç, another protester, said he was at the sit-in for his son Mikail.

The family has had no contact with Mikail since 2015, when he vanished while studying law at Marmara University.

"I went to the HDP headquarters with my wife. They beat us and pushed us down the stairs," said Erdinç, who hails from Van's Gürpınar district.

"Since 2015, I have refused to give up hope of seeing my son again, and I don't intend to give up now," he added, urging Mikail to surrender to Turkish security forces.

In Turkey, offenders linked to terrorist groups are eligible for possible sentence reductions under a repentance law, if they surrender.

In its more than 40-year terror campaign against Turkey, the PKK – listed as a terrorist group by Turkey, the U.S., and the EU – has been responsible for the deaths of at least 40,000 people, including women, children, and infants.