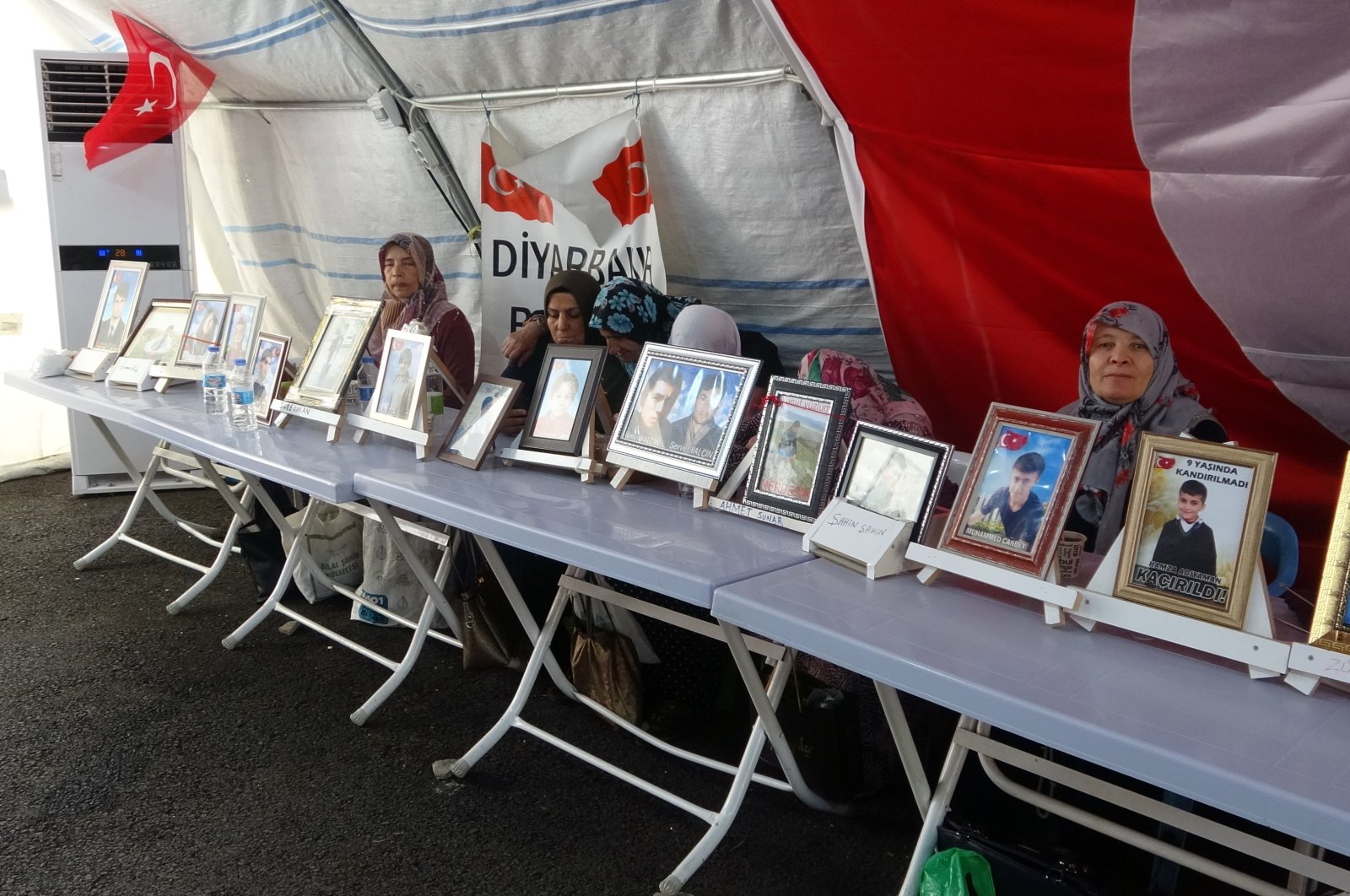 The lives of the siblings of women abducted by the PKK terrorist group, and its Syrian branch the YPG, have been shaken by the disappearance of their sisters, exacting a heavy toll on their hopes for the future as some fear they could suffer the same fate.

In an interview with Anadolu Agency (AA), family members attending an anti-PKK protest in southeastern Turkey shared their perspectives on the abductions and how they were affected after their sisters went missing after being kidnapped by terror affiliates.

The sit-in protest in the Diyarbakır province has been ongoing outside the office of the Peoples' Democratic Party (HDP), an opposition party accused by the protesters of playing a role in their children's forced recruitment and abduction by the PKK and YPG.

"My elder sister, who is hearing-impaired, was abducted by PKK supporters nine years ago when she was 15, shortly after having foot surgery, and she still had stitches," said Fadile Koç, a 21-year-old protester who has been taking part in the sit-in for months.

According to Koç, her family became "ultra-protective" of her and other younger family members, and her life has been greatly affected as her parents did not want her to leave home for extended periods, either for work or education, in an effort to protect her from getting recruited by the PKK/YPG.

"What's the point of fighting? How could this benefit the Kurdish people as they (PKK/YPG) claim?" she said. "We are all brothers and sisters. My brother is a soldier, while my sister is in the mountains (within PKK/YPG) ranks. Siblings are shooting each other. This does not make the slightest bit of sense."

"If the PKK was an organization truly fighting for the rights of the Kurdish people, they would not devastate families by stealing their underage children," she said. "They cannot fool me. I'm not buying this at all."

Zeynep Öner, 23, has been taking part in the protest for the past eight months to bring back her sister Zahide, who disappeared when she was 22, and the family believes PKK/YPG sympathizers played a role in her abduction.

"Our lives turned upside down upon the disappearance of my elder sister, and the warm family atmosphere we once enjoyed turned just into a memory," she said.

"If you take a look at the families here, you will see that most are coming from a modest background. This means that the (PKK/YPG) organization intentionally targets illiterate, poor families as they believe this is much easier for them to trick the children into joining them with false promises," she said.

Öner, who is residing in a southeastern Turkish province, said she frequently had nightmares in which she was also abducted by terror affiliates and is worried that all her efforts to become a teacher could be in vain.

"I got paranoid for years. It was like I could not help but think that everyone was staring at me while walking idly in the streets and they could just forcibly take me somewhere against my will. This also inflicted a heavy blow on my education, but thankfully, I survived this ordeal," she said.

She still firmly believes that her elder sister will flee the terror group and reunite with her family someday in the future.

"Even if she does not – perhaps because she is already dead – I will look back years later and say that I did my part to save my beloved sister."

In its more than 40-year terror campaign against Turkey, the PKK – listed as a terrorist organization by Turkey, the United States and the European Union – has been responsible for the deaths of some 40,000 people, including women, children and infants.