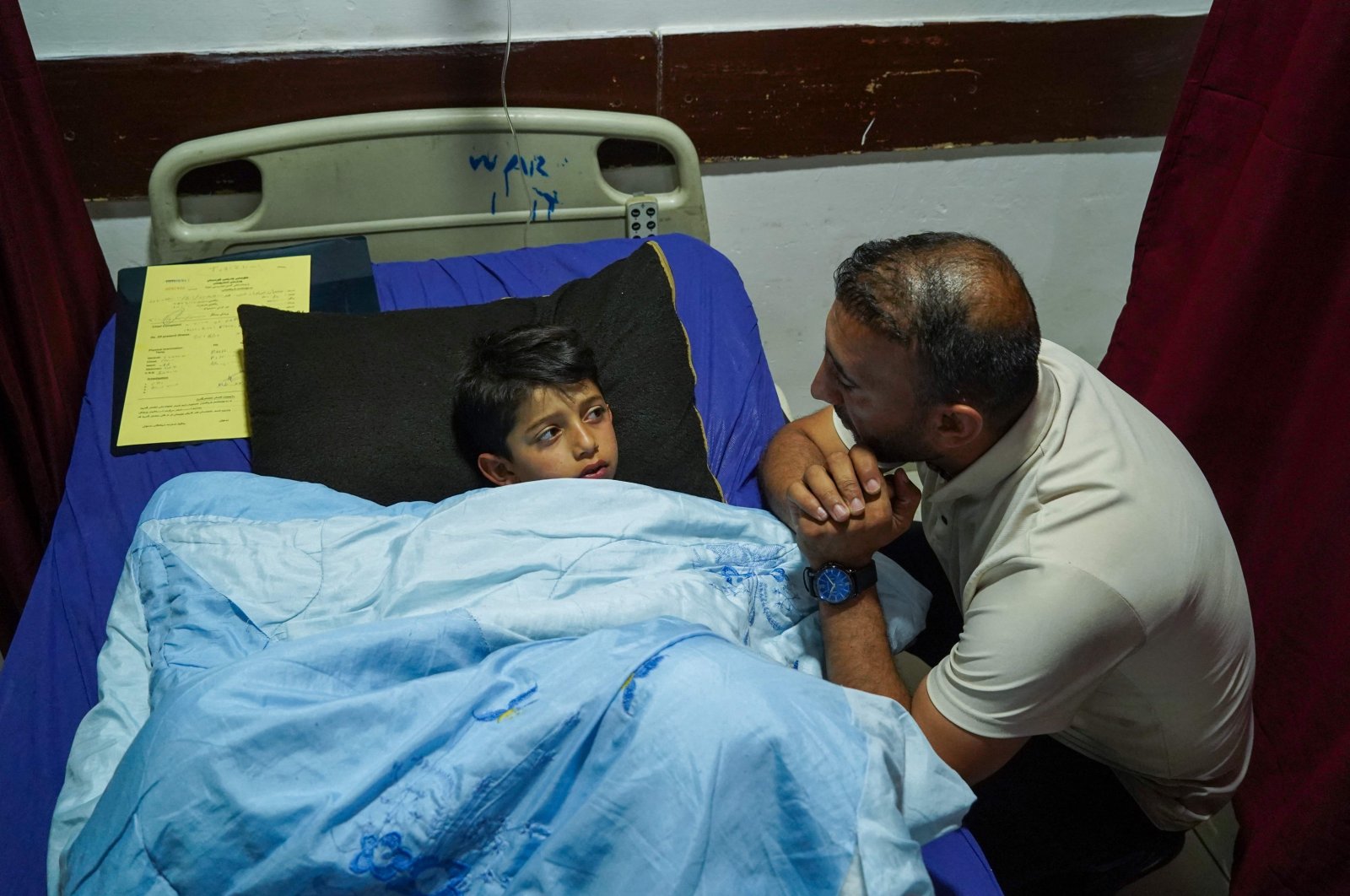 A relative checks on Sipan Farhad, a 9-year-old wounded following a rocket attack in the Kurdistan Regional Government (KRG) of Iraq, at a hospital in the northern Iraqi city of Dohuk, May 26, 2022. (AFP Photo)
by Daily Sabah with Agencies May 27, 2022 9:40 am
RECOMMENDED

PKK terrorists fired two rockets on Bamarni village in Duhok province, killing two civilians and injuring two others, said the counterterrorism unit of the KRG in a statement on Facebook.

Relatives said that two children aged between 10 and 13 were killed by the fire.

They spoke to AFP at a mosque in the town of Dohuk, where the bodies were taken for funeral preparations.

Northern Iraq is among the many PKK terrorist hideouts and bases from where they carry out attacks in Turkey. The Turkish military regularly conducts cross-border operations in northern Iraq. Turkey has long been stressing that it will not tolerate terrorist threats posed against its national security and has called on Iraqi officials to take the necessary steps to eliminate the terrorist group. Ankara previously noted that if the expected steps were not taken, it would not shy away from targeting terrorist threats.

Within this scope, Ankara has launched a series of operations against PKK terrorists in Iraq and Syria, the latest one in northern Iraq beginning in April, Claw-Lock.

It was preceded by Operations Claw-Tiger and Claw-Eagle, which were launched in 2020 to root out terrorists hiding in northern Iraq and plotting cross-border attacks in Turkey.

Since its foundation in 1984, the PKK – listed as a terrorist organization by Turkey, the United States and the European Union – has been responsible for the deaths of more than 40,000 people in Turkey, including women, children and infants.