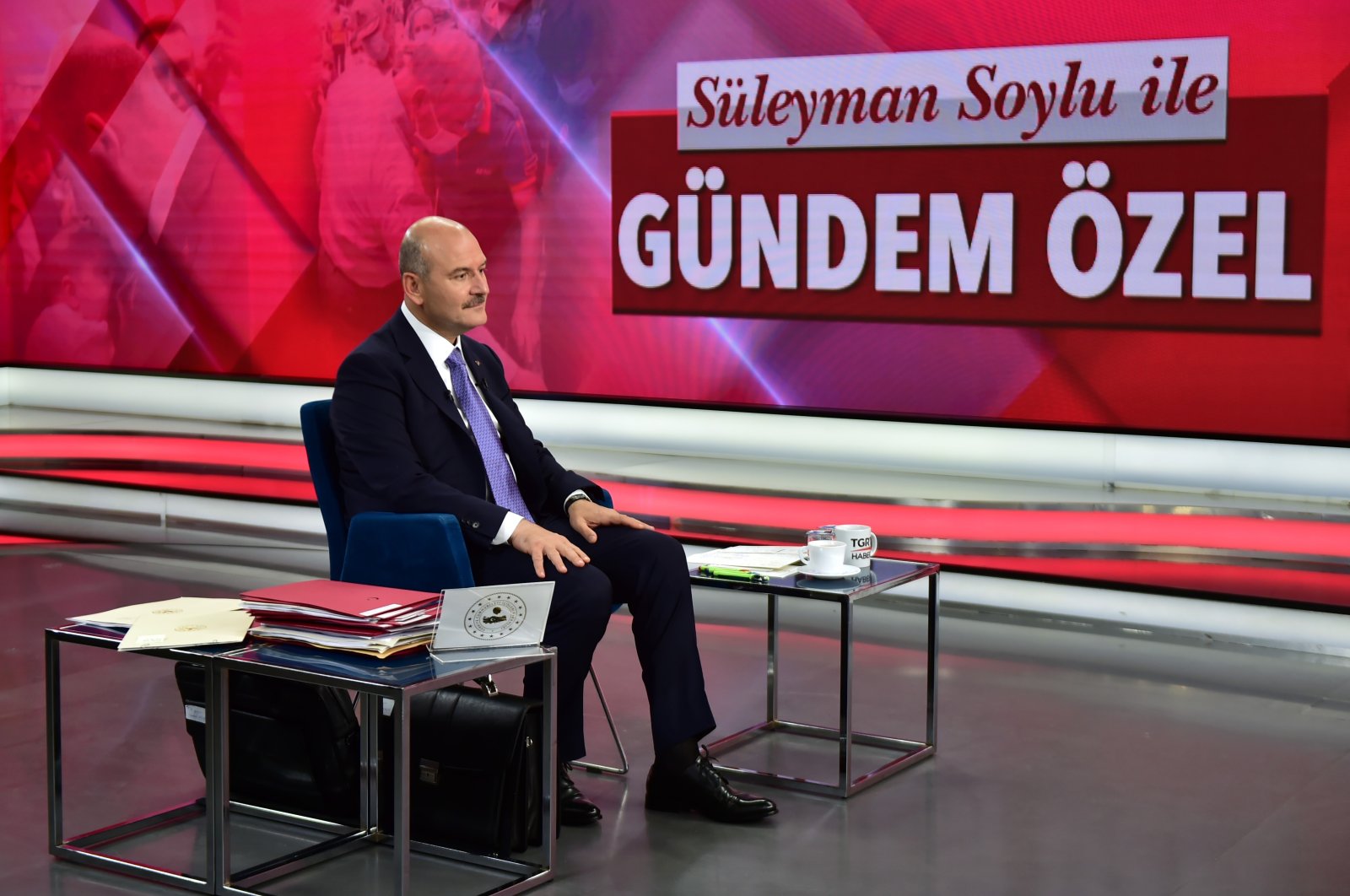 “We prevented 152 terrorist attacks by Daesh in 2020, and confiscated 26.8 tons of explosives ... We also foiled terrorist attacks by the PKK and DHKP-C,” Soylu said in a live broadcast on TGRT Haber, adding that Turkish security forces work around the clock to ensure security.

The country has since been attacked by Daesh terrorists multiple times with at least 10 suicide bombings, seven bomb attacks and four armed attacks killing 315 people and injuring hundreds more.

In the fight against the PKK terror group, Soylu said 162 PKK terrorists have laid down their arms so far this year as a result of persuasion efforts by police and gendarmerie forces.

The number of terrorists who surrendered through persuasion efforts in the last three years exceeded 700, he said.

“No other country utilizes unmanned aerial vehicles (UAVs) better than us,” Soylu said, in reference to the use of drones in the fight against the PKK terrorists. He referred to UAVs as the “hands, feet, arms and eyes” of security forces, highlighting their indispensability in the fight against terrorism.

On the long-running sit-in in Turkey by families whose children have been kidnapped by PKK terrorists, Soylu said these mothers are not only trying to save their children but are also struggling against terrorism and the destabilization of the region by the terrorist groups.

He announced that the 17th family would reunite with their child, Serkan Akkuş, who had been recruited by the PKK and recently laid down arms and surrendered to Turkish security forces.

The protest began on Sept. 3 last year in southeastern Diyarbakır province, when Fevziye Çetinkaya, Remziye Akkoyun and Ayşegül Biçer said their children had been forcibly recruited by the PKK terrorists.

The sit-in outside the office of the Peoples' Democratic Party (HDP) – which the government accuses of having links to the YPG/PKK terror group – has been growing every day.

The grieving demonstrators have vowed to continue the sit-in until every family is reunited with their children. Offenders in Turkey linked to terrorist groups who surrender are eligible for possible sentence reductions under a repentance law.

The interior minister also touched upon the direct links between the PKK and drug trafficking. “The PKK manages a significant part of the drug trade in Europe,” Soylu said, adding that although European countries seem to be indifferent now, they will soon come begging Turkey for help against the terrorists.

Soylu had previously stated that the PKK terrorist group controls 80% of the drug trade in Europe, earning around $1.5 billion (TL 11.5 billion) per year. Turkey's fight against drug trafficking came as a major blow to the PKK's fundraising capabilities, much of which depends on drug trafficking.

Meanwhile, Soylu added that the country resolutely continues to fight against the hidden members of the Gülenist Terror Group (FETÖ), the group behind the 2016 defeated coup attempt.

He said while operations against FETÖ continue across the country, public officials who have suspected links to the terrorist group have been suspended or sacked.