Selim the Grim, the protector of two sacred cities and the first of the Ottoman caliphs 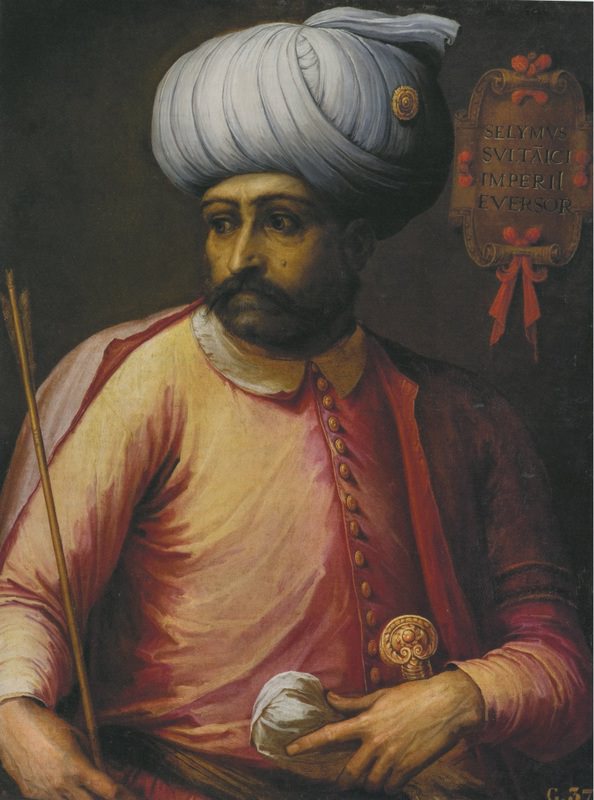 Father of Süleiman the Magnificient, Selim I was a stern, determined sultan, the protector of the sacred cities Mecca and Medina and the ruler who brought the caliphate to the Ottoman Empire

The history of military coups in the land that is now Turkey begins with that of Sultan Selim I who, together with his comrades, the invincible janissaries, dethroned his father, Sultan Bayezid II. Indeed, the early 16th century was a period when armed forces began to determine the fate of empires all around Europe and the Middle East. European empires were in a race of colonial expantion in Africa, the Americas and the Far East while the Ottomans, Safavids and Mamluks fought military campaigns against each other for dominance in the Middle East, North Africa and the Caucasus.

Selim I is known as "the grim" due to his power, doughtiness and firmness against the Muslim and non-Muslim rivals of the Ottoman Empire. His grandfather Mehmed the Conqueror won great wars in order to capture as much territory as possible, while Bayezid II, son of Mehmed and father of Selim I, preferred to follow a policy of fortification rather than continuing exhausting wars.

Like many historians, I also believe that the policy of peace favored by Bayezid II, known as "the saint" thanks to his religious piety, was right in historical terms, popular feeling was not supportive of Bayezid's rational, non-heroic attitude. Thus, Bayezid II was dethroned in 1512 by his own son after 31 years of peaceful and prudent rule. Selim I widened the territory of the Ottoman Empire by two-and-a-half, making it about 6.5 million square kilometers.

Selim I was born on Oct. 10, 1470, in Amasya, to Bayezid II, the ruling sultan, and Gülbahar Hatun (Ayşe Hatun to some sources), daughter of Alauddevle Bozkurt of the Dulkadir Beylik. He was the youngest of the sultan's eight sons. However, five of them died during their father's rule, leaving just Ahmed, Korkud and Selim.

Selim was appointed governor of Trabzon upon Bayezid II's accession in 1481 when his grandfather, Mehmed the Conqueror, died. Selim governed Trabzon for 29 years until he left for the Crimea where he met his son Süleyman in 1510.

Selim liked action. He realized that the Turkmens were unsatisfied with the state and were inclining toward the Safavid Shah Ismail. So he decided to help win the hearts of the Turkmens by warring against the Georgians in Caucasia. Without his father's consent, Selim conquered such provinces as Kars, Erzurum and Artvin. Also he did not keep the war booty for the state, distributing it to the Turkmens to gain their loyalty.

A fight and pact for the throne

There was a clash for the throne among the three shahzades and their heirs in the later years of Bayezid II's reign. Ahmed and Korkud were closer to the throne than Selim, both physically and mentally. Ahmed was serious and calm loved by prominent statesmen in Istanbul. They saw Selim as violent and imprudent. Indeed, the civil bureaucracy and armed forces were in dispute, with Ahmed as the representative of the former and Selim backed by the latter. Selim went to Crimea and asked his father for more territories to rule. Bayezid added Kefe to Trabzon for his son to rule, but Selim refused the messenger him and began marching to the Ottoman territories in the Balkans.

Meanwhile, Ahmed, the Amasya governor, asked his father to execute of Selim and Korkud, his rival brothers, but he refused. Selim continued marching toward Istanbul and Bayezid soon led an army against him, with the two meeting at Çukurçayır in the Balkans. Selim and Bayezid both ordered their armies to not move unless the opposing army did so. As a result, there occurred no clash and Bayezid signed a pact saying that he would not announce any heir apparent to the throne, which meant that he would leave the throne to the one who could overthrow his brothers.

Meanwhile, Safavid forces were threatening the Ottoman throne. They defeated the Ottoman army once in Anatolia and Bayezid decided to abdicate, calling for a meeting with his fellow statesmen. The majority of statesmen favored Ahmed for the throne. Therefore, Bayezid called for Ahmed to be brought to Istanbul. Learning that his father broke the pact he had signed before, Selim marched once more on his father's army. However, Bayezid defeated Selim and Selim fled to Crimea.

Ahmed was now the heir apparent to the throne. But the janissaries did not want Ahmed as sultan. They carried out a coup obliging Bayezid to announce Selim as his heir. Bayezid announced Selim sultan and invited him to Istanbul. In 1512, Selim I became the sultan, dethroning his father.

Selim marched toward Safavid Shah İsmail in 1514, defeating him at Çaldıran. The shah's forces were more mobile than the Ottoman army, but the Ottomans were better organized and had early-modern weapons such as heavy artillery, gun powder and muskets.

After the battle of Çaldıran, İsmail fled wounded, and Selim entered Tabriz in triumph. Thus, Selim won the first round in the clash between the Ottoman Empire and the dynasties of Persia.

Selim also conquered the Dulkadir Beylik since it refused to help him against the Safavids. Kurds led by İdris of Bitlis announced their loyalty to Selim and helped add Diyarbakır and Mesopotamia to the Ottoman Empire. Kurds were Shafi Sunni Muslims, and as the leader of Hanafi Sunni Muslims, Selim supported them against Shiites.

In 1516 and 1517, Selim conquered Syria, Egypt and all of North Africa, save Morocco. All these successes, according to historians, depended on Selim's realist and populist policies, that included decreasing taxes for villagers, conserving domestic traditions, delicately adjusting power in the conquered lands and praising the values of Sunni Islam and Sufism.

Destroying the Mamluk dynasty, Selim became the heir of Abbasid Caliphate. He accepted the title of the protector of the two sacred cities, Mecca and Medina, and became the first Ottoman caliph in history.

After his magnificent conquest of the Middle East, Selim planned to continue his march toward west. However, he died in August 1520. Selim was a great warrior and talented poet, and he liked to protect and support scientific and religious scholars.