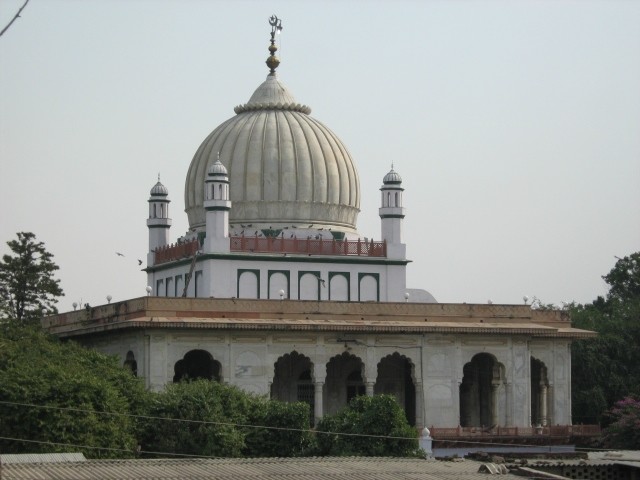 Born in 16th century India, Ahmad Sirhindi combined both knowledge, Sufism and its different sections with his own personality as the sheikh of the three orders of Chishtiyyah, Qadiriyyah and Naqshibandiyyah

Many find India exotic, as it is somewhere really far away from our land. We feel that we are merely strangers in the face of its culture. The only thing we can say in a stroke about India's politics is Gandhi. Neither Babur Shah nor Ahmad Sirhindi means anything for us.

However, Sirhindi was one of those great thinkers who influenced Turkish thought since the 17th century. Moreover, one of the 16 stars on the presidential seal represents the Mughal Empire, which ruled between the 16th and 19th centuries in today's India, Pakistan, Bangladesh and Afghanistan.

17th century as a hurricane

The 17th century was an age of chaos in places. While the old order was turned upside down from Japan to Spain, Scandinavia and Africa, there was not a settled new order. This disorder, which lasted until the 20th century, initiated a chain of changes that were never seen before.

India's response to this quick and irregular change was Divine Religion, a nonsense invented and managed by Akbar Shah. The Mughal Empire, a Turkic-Mongol state founded by Babur in the first quarter of the 16th century, was established on a principle that a few Muslim rulers and soldiers govern a wide range of people belonging to various religions. However, unlike the Ottoman and Safavid Empires, Muslims were not the dominant group in the Mughal Empire where Hindus and people belonging to various other religions were the majority. Thus, Akbar Shah, who doubtlessly had a narcissistic side, tried to invent an official religion where all religions melted in a pot.

Ahmad Sirhindi was against Akbar Shah's invented religion, which started a culture war between them. This war was mostly between Hanafi scholars and Hindus but, when Akbar took a clear stand with Hindus, Hanafis made a shining light of knowledge, Sirhindi, their leader.

Sirhindi was born on May 26, 1564, the son of a Qadiri sheikh. Sirhindi's family tree goes back to the caliph Omar. He got his first education from his father and became a "khafiz" (someone who knows Quran by heart) and then went to Siyalkut to learn logic, "kalaam" and hadith. When he was 17, he went back to his homeland and gave lessons. He became able and ratified to teach "tafsir" (commentary on the Quran) at this time when he was both a student and teacher. 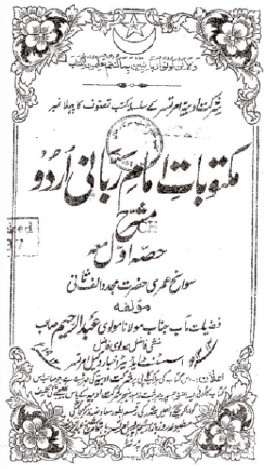 His most important work is "Mektubat" (Letters). Prominent themes of these letters, translated as three voices into Turkish, were dervish's temper and vision while suffering and observing, ideas about God and existence, conditions of Sufis and followers of the sunnah and political issues.

As his talent in traditional and positive sciences was obvious, Sirhindi went to Agra, the Babur capital, to improve himself more when he was 20. He found himself in the middle of a culture war there, yet he tried hard and wrote two epistles called "Proof of Prophecy" in which he defended the position of prophecy against philosophers' arguments and refusal of Shiism against influential Shiite scholars around the palace.

Sirhindi's life story is similar to that of al-Ghazali in some ways. Both of them were engaged in traditional and positive sciences at first and struggled with those ideas against followers of sunnah and then wended their ways to Sufism. However, they did not withdraw from the culture war after becoming Sufis.

This drift may be regarded as the result of certain dissatisfaction. What might have caused Sirhindi to leave discussions in the capital aside, go back to his homeland and become a dervish right beside his father? The empire, which Sirhindi witnessed closely, had explicitly left Islam. Even praying was prohibited in Akbar Shah's palace. This palace, which supported each and every idea against Islam and followers of sunnah, was influential in the slackness of majority. Lending money with interest, drinking alcohol and gambling was allowed, slaughtering cows was prohibited and eating wolf and lion meat was not prohibited. What made Sirhindi go back to his homeland must have been his frustration as a result of this hideousness.

Some scholars and dervishes were living in two worlds in this age of unfavorable changes and transformations. They were engaged in long sufferings and observations just to escape disorders of their age. Sirhindi, known as a scholar and sheikh in his own circle, met the Naqshbandi order when he was on his way to hajj at the age of 37. This order was the road to discovery and connection and he became a follower of Naqshbandi sheikh Baki Billah.

Just as he was both a student and teacher previously, he became both a sheikh and follower, which made him combine both knowledge, Sufism and different sections of Sufism within his own personality. He was the sheikh of three orders: Chishtiyyah, Qadiriyyah and Naqshibandiyyah.

The most influential one was Naqshibandiyyah, in which he had a special position. His name is mentioned with the great sheikhs such as Ibn Arabi, Mollah Jami and Naqshiband Shah. However, Sirhindi influenced modern thinking more than these three sheikhs because he combined psychological Sufi concepts such as temper, discovery and observation with social struggle and political action and made a consistent framework from all these.

One of the most important factors for this consistency is that he criticized and left Ibn Arabi's view of unity of existence, which ignores social life and had the view of difference of existence.

After the death of Baki Billah, Sirhindi began showing the truth, which was multi-dimensional. While he was educating his followers, he was also writing letters to statesmen to abide by followers of the sunnah. His most important work is "Mektubat" (Letters). Prominent themes of these letters, translated as three voices into Turkish, were dervish's temper and vision while suffering and observing, ideas about God and existence, conditions of Sufis and followers of the sunnah and political issues. Besides "Mektubat," his ideas about Sufism were collected in the epistle "Mebde ve Mead" (Origin and Return).

As Sirhindi's fame increased, his order became strong. Thus, he was prosecuted and imprisoned by Shah Jahangir. After one year in prison, he was released due to his followers' pressure on Jahangir. However, Jahangir made him stay with him in the military camp.

Having wandered in various cities with Jahangir's army for three years, Sirhindi returned to his homeland and died on Dec. 10, 1624. Yet, his work is still alive. Muslims who have different theological and political opinions have consensus on Sirhindi's ideas. Just as being a dignified spiritual leader granted to Muslims in an age of chaos, Sirhindi was also a great scholar who had profound ideas worth learning, pondering and discussing even today. May God bless his mystery.