A scholar who never bowed to anyone: Imam Birgivi 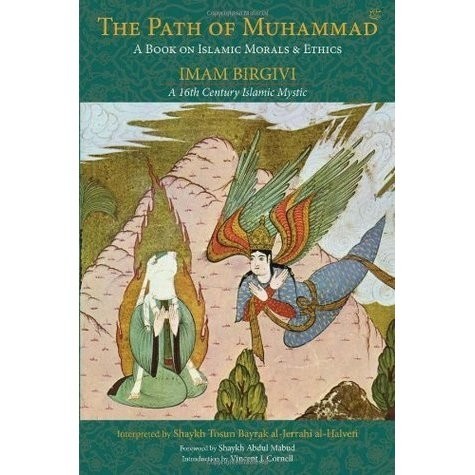 Having lived in the 16th century, Imam Birgivi was a respected mudarris and religious scholar, who was a fearless fighter, defending his ideas in the area of Islamic theology even against the most powerful authorities

The word "müdana," which means asking for favors or bowing before people, is an old term unknown by the younger generation. It is used in a sentence as "müdana etmek," to ask for a favor or to bow before people, and in another context, "müdanasız olmak," the term can carry the connotation of having no debt to anyone. The word is used in the context of someone trying to ingratiate oneself or be accepted. On the other hand, "Müdanasızlık" means standing on your own feet without needing anyone else, without feeling the necessity to make explanations, not trying to seem like a good person and never bowing before people.

This never-bowing-to-people attitude might be the most important thing needed for the road to knowledge and thinking. Understanding and thought can only be improved by not bowing to people under any circumstance and not changing what you think because you are afraid of someone else's influence.

From time to time, those scientists and thinkers who did not allow themselves to bow down to other individuals have paid the price for this attitude. Influential people generally regard themselves as smarter than everyone else and they think that what power dictates means reality itself. Thus, they do not care about the prestige of thinkers, artists and scientists and demand that what they know be accepted as the truth, which makes it harder for thought to stand with power.

It doesn't always have to be like that. States that feel secure have always respected these scholars. For example, scholars who did not share the same idea as the sultan or viziers in the Ottoman state were never oppressed; contrarily, they were awarded or at least allowed to work freely. However, in times of chaos, folding under pressure became a common attitude, and those unyielding scholars went through trouble.

Son of a scholar

Imam Birgivi, whose father was also a "mudarris," (a type of professor) was born in Balıkesir on March 27, 1523, into a scholar's family. His name was Muhammed, while his epithet was Takiyyuddin. His father Pir Ali was both a mudarris and a member of "zawiyah" (small Islamic monastery). Knowledge and wisdom go hand in hand in Birgivi's thought, which was a family tradition.

Birgivi took his first lessons from his father. He recited Quran and took courses in Arabic and logic. His father sent him to Istanbul so that he could learn more while he was still young. He went to the Haseki Madrasah in Istanbul and was taught by many important scholars. After he finished his education and was authorized to teach, he began working as a "mülazım" (assistant) with Abdurrahman Efendi, who is better known as Red Mollah.

Then, Birgivi was recruited as a military "qassam,"someone who carries out civil servants' work related to inheritance law, in Edirne with the support of his teacher. This is quite interesting because we know that Birgivi gave back the money he earned from this. What was the problem? Was it being a qassam or a civil servant? Maybe both of them were problematic. At least, there was something wrong in Birgivi's mind.

While working as a qassam, Birgivi also gave lessons. He advised people to comply with the Quran and Sunnah in his sermons. Since he witnessed the daily lives of people, superstitions, old wives' tales and bid'ahs (innovations that emerged outside of the Prophet Muhammed's teachings after his death), Birgivi battled these things.

When Birgivi was reacting to things coming from non-Islamic sources and melting into people's lives, he did not skip bribery, corruption and favoritism for the children of the rich. His diagnosis was that an illness was prowling around society. He wanted to work on this illness through and through and find a cure.

As an ardent preacher and influential scholar, Birgivi never ever bowed to anyone. In one case, he didn't even listen to the greatest scholar of his age, Sheik al-Islam Abussuud Efendi. They had a major conflict on the issue of foundations. While Abussuud allowed granting money instead of assets to foundations, Birgivi wrote a book refuting the idea. What a pity that this Arabic work has not been translated into Turkish.

Birgivi objected to granting money seemingly for two reasons. First, this was against Islamic tradition. And second, money is not like an asset, it is open and prone to speculation and interest. Abussuud also allowed money to foundations, giving proof from Islamic tradition, and said that if granting money was not allowed, the rich would not do charitable work and poor people would suffer.

Let us leave the content of this issue to Islamic jurists. What matters for us is the personality of Imam Birgivi.

From lodge to madrasah

No one pays much attention to Birgivi's short experience with a dervish lodge compared to the famous story about Imam Ghazali's decision on Sufism as a result of a 10-year-search. Sufi-lovers enjoy regarding him as a lodge member. Those who have a problematic relationship with Sufism generally refer to Birgivi's book "Tarikat-ı Muhammediye" (The Order of Muhammadiyyah) where he defended Sunnah and opposed some lodge and order practices.

Neither side is completely right. Birgivi was not against Sufism and never was a typical dervish, either. He found a middle course and became mudarris for the newly built Birgi Madrasah. This madrasah, which gave Birgivi his name, became his place to gather people. He gave lessons at this madrasah until he passed away.

While he was raising students, he never quit summoning people to the truth. It is possible to liken Birgivi to non-state, individual scholars of Sunnah who were seen mostly in the first period of the Ottomans rather than official "ulema" (a body of Muslim scholars who are recognized as having specialist knowledge of Islamic sacred law and theology).

His attitude also relied on his profitless work. He was generally square on the account with the state. Thus, nothing could overshadow his courage. He showed no fear in telling Ataullah Efendi, Selim II's teacher, that his name was involved in corruption and advised him to take the right path. He is said to have come to Istanbul in his older age and to warn Sokullu Mehmet Pasha about bribery, bid'ah and favoritism.

Birgivi and his attitude have been approached from very different points of view throughout the 20th century. Mehmet Ali Ayni dignifies Birgivi as exemplary of both knowledge and virtue, while some Turkish historians, writing on the Ottomans in foreign languages, define Birgivi as a reactionary.

Now, the question is this: Was Imam Birgivi a reactionary or a genius sensing the coming disaster? My opinion is the latter. Imam Birgivi showed up in a moment of moral decay in the Ottoman Empire and set an example of supreme Muslim character in both his work and personality. The reason why he was never forgotten through the ages and is now seen as a saint must be this supreme attitude.