Be the news or report the news 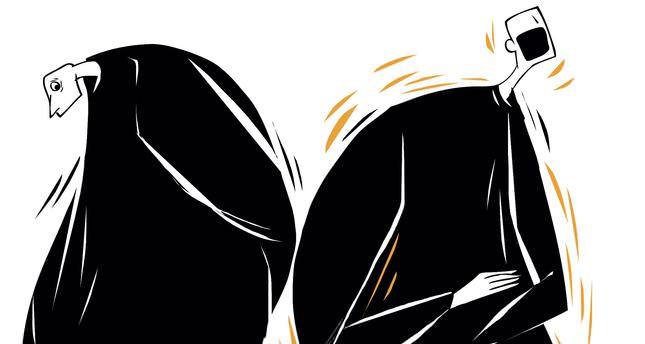 Since it is considered the pinnacle of the freedom of speech and criticism, jokes may also serve as mirrors through which we can see ourselves or in this case, journalism, from a satirical point of view. With this angle we can pout, laugh or even try to better ourselves

Readers react to news and fictional tales differently. Facts are the important part of news articles and the main question is "What happened?" On the other hand, in fictional tales reality does not matter and the question "What does it mean?" is more important.

People perform a sort of resistance to the texts they read. This rule is similar to Newton's Third Law of Motion: "For every action, there is an equal and opposite reaction."

If you hit a wall, the wall actually hits you back. Stories are texts that can easily overcome a reader's unconscious suspicious barriers easily. They invite us into the colorful gardens of probable realities. They allow us to identify with the hero in the tale, and therefore, they are as dangerous as they are useful.

One of the most useful ways to make a story out of something is through jokes. A joke with a mere three sentences can tell you about a complicated subject in a witty way that otherwise would require a long article.

A joke is never just a joke. It doesn't always makes you laugh; sometimes it leads you to think. It can have witty words, sarcasm or even discriminative or racist remarks. After all, a joke is closely related to culture. It shows its pros and cons.

Something else jokes show us is that irony and seriousness are not completely opposite. If we are talking about jokes, these two can easily be together. Jokes are also seen as an indicator of freedom of speech and criticism. According to this mentality, there is no one in the world that can't be the subject of a joke. Occupation groups and journalists are not exempt from it either. So this week, we will give you some examples of jokes on journalism and comment on them from a journalistic perspective.

Here comes the first one:

When a visitor to a small town in Georgia came upon a wild dog attacking a young boy, he quickly grabbed the animal and throttled it with his two hands.

A reporter saw the incident, congratulated the man and told him the headline the following day would read, "Valiant local man saves child by killing vicious animal."

The hero told the journalist that he wasn't from that town. "Well, then," the reporter said, "The headline will probably say, 'Georgia man saves child by killing dog.' " "Actually," the man said, "I'm from Connecticut." "In that case," the reporter said in a huff, "The headline should read, 'Yankee kills family pet.' " It made me remember the famous words of Horatius. He said, "Why do you laugh? The name changed, the tale is told on you."

Even though we might laugh at this joke, it is actually an accusation against journalists.

After all, the journalist in the joke does not act according to the universal ethics of journalism. The reason is simple. What is important in journalism is the nature of the event. No matter who is the subject, our view on the event should not change. We are not forced to either commend or criticize the event with the consideration of who did it. If we do that, our objectivity and reliability will be in jeopardy. A reporter who acts according to the subject of the event is doomed to be the victim of his/her own prejudices. We can observe many examples in the Turkish media. You may also review the headlines of the opposition media when it is about acts to enhance personal freedoms and reforms undertaken by the government. This approach usually leads to missing the real reasons behind the events. A fictional joke on George W. Bush can serve as an example here: "George W. Bush is seen crossing the Potomac River on foot."

Another joke talks about one of the problems with experimental journalism in a fun manner: "A shy guy goes into a bar and sees a beautiful woman sitting at the bar. After an hour of gathering up his courage, he finally goes over to her and asks tentatively, "Would you mind if I chatted with you for a while?" To which she responds by yelling, at the top of her lungs, "No, I won't sleep with you tonight!"

Everyone in the bar is now staring at them. Naturally, the guy is hopelessly and completely embarrassed and he slinks back to his table. After a few minutes, the woman walks over to him and apologizes. She smiles at him and says, "I'm sorry if I embarrassed you. You see, I'm a journalist, and I've got an assignment to study how people respond to embarrassing situations." To which he responds, at the top of his lungs, "What do you mean $200?"

I think no one would want to be in the shoes of the journalist in the last joke. Rightly so. So what can we deduce from this? A lot no doubt, but I will tell you one of them that is related to journalism. While writing "The People of the Abyss," Jack London chose to do an interesting experiment.

Putting on a rugged disguise, he lived in the poor neighborhoods of London for a time. He changed his name and acted like one of the poor people.

While it was aimed at putting poverty and social problems under the spotlight, whether it was ethical or not is still a subject of debate. The main angle of these debates is this: Does the end justify the means? In order to closely observe the oppressed, can we lie about our identity and trick them?

Another example can be seen when we look at undercover cops joining street gangs. Or undercover intelligence agents for that matter. Lots of cases clearly show that in order to maintain their undercover identity, these cops or agents had to take part in crimes. In several extreme cases, they even chose to aid gang members and stirred the pot in order to be more heroic in the eyes of their superiors.

The journalist's dilemma shows some resemblances to that. The passion to cover a good news story can be replaced with a passion to be part of one or even fabricate one in time. The Pauli exclusion principle loosely says that two bodies cannot be in the same space at the same time. So no matter how well disguised, you cannot be the person you are disguised as. Not so long ago, a reporter in Turkey named Ayse Arman wore a burqa and on another occasion wore a fat suit and went to ultramodern venues around Istanbul. She presented her several days of observation as de facto situations.

The mistake here is that the goal was to turn the journalist into a story rather than doing actual reporting.

Let us finish this week's article with a joke that talks about problems when a journalist uses fake identification in order to get news: "A car was involved in an accident in a street. As expected, a large crowd gathered.

A newspaper reporter, anxious to get his story, could not get near the car. Being a clever sort, he started shouting loudly, 'Let me through! Let me through! I am the son of the victim.' The crowd made way for him. Lying in front of the car was a donkey."
RELATED TOPICS