To publish or not to publish: Graphic Images 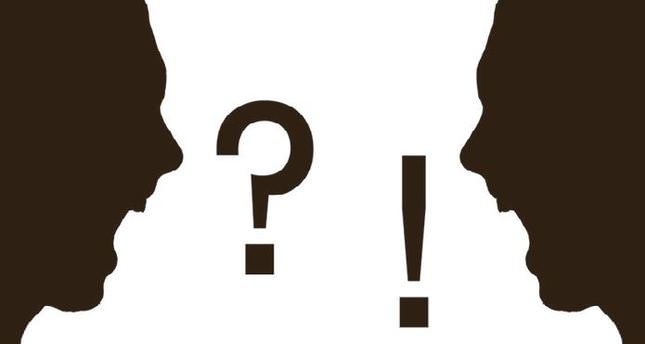 by İsmail Selim Eşsiz Jun 23, 2014 12:00 am
One of the most crucial tools of journalism is photography. That is why with Ibrahim Altay we continuously remind our readers that the photos are part of the content.

But today we will be talking about a different aspect that causes an everlasting debate among journalists and ombudsmen alike - usage of graphic images in the media.

There are two main views on this topic - one seeks to shield their readers or viewers from horrific images while the other tends to release them in order to raise public awareness. Apart from these two main views exists yet another application for the use of graphic images, namely when editors aim to sensationalize their news or gain more clicks with unnecessarily graphic images. We will, however, focus our attention on the two former prevailing attitudes. I will be giving examples from two different events that drew debate in recent years. First is the death of Muammar Gaddafi.

Videos and photographs taken by a cellphone camera during his death at the hands of a lynch mob circulated in the news cycles and were run on the front pages of several newspapers. Let us review this from the side that argues for the usage of graphic photographs.

They say that the time is long past from when journalists could shield the public from horrific images. Thanks to the Internet, everything can be circulated almost instantly and is seen by millions of people in a matter of minutes. So the responsible thing we can do is to give them the context of the images in order to avoid any confusion.

The other side of the debate argues that while it can be found anywhere on the Internet, one should have to specifically search for it. Contrary to the previous argument, these images are on the front pages of newspapers where any bystander can see them whether they want to or not.B oth sides have their merits. Let me continue with another example - that of the 2010 earthquake in Haiti.

During this horrendous event equally horrendous photographs of the disaster were also present in the media. This time the two arguments had changed a bit. Those media outlets that decided to use the graphic photographs argued that the photos greatly increased both public awareness and international aid. But do these images go too far? In her article in the American Journalism Review (AJR), Arielle Emmett related the story of a Haitian elementary school teacher who experienced the earthquake, later saying "I'm tired of it - the photos are too much.

I know that [news outlets] took pictures, and that enabled people to raise money. But what I see is that people in Haiti are really upset. Some view the photos as an insult, a disaster, since we have already suffered so much,"

Just as with the example of Gaddafi's death images, merit can also be found in both positions' views concerning this case. But how should we act when we have graphic images?

There are several guidelines for this matter and we will release our own when the situation calls for it. For now I will quote the German journalist Simon P. Balzert who included them in his thesis: "Before publication, journalists should ensure the photograph isn't being printed solely for its shock or entertainment value, or for purely aesthetic reasons. Rather, the image should be chosen because it conveys pertinent and newsworthy information.

Before publication, journalists should see if it is possible to avoid publishing the photograph by conveying the information contained in the image in another manner.

Journalists should try to publish those images which are most emotionally appealing and least shocking. Instead of using the photograph of a dead child, for example, publishing the picture of a child's clothes covered with blood conveys the same message but is less upsetting.

I would also like to ask that if a graphic photograph doesn't add to the context, is there a need to publish it in the first place?

Also Daily Sabah's editorial board tends to be more reluctant to publish graphic images out of the interest of its readers. Unless the situation really calls for it or there is no way without the image to accurately tell the news, they are reluctant to do so.
RELATED TOPICS