Giving credit where it is due 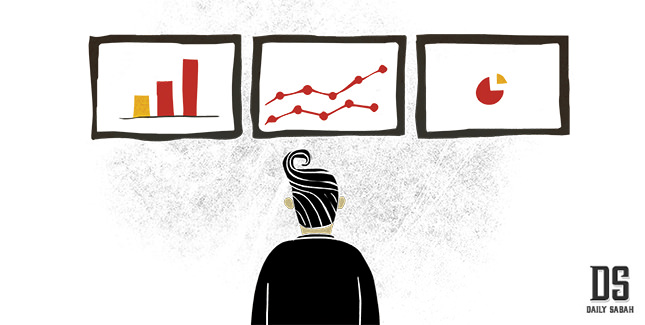 The statistics for our weekly 10 most read list shows us that while news the number of news articles with the Daily Sabah signature have increased, determining the individuals who wrote them remains problematic in the eyes of the reader

In daily life, we often encounter people that mysteriously disappear when blame looms but are ever present when there is credit to be claimed. However, at Daily Sabah, I see that the last part of this mentality seems to work backward. Let me elaborate.

For more than a year now, we identify the most-read articles, op-eds and columns and publish a weekly top-10 list on the bottom of this page. We focus on original content to determine the list and also use it to time the trends of the newspaper. The website version also has a similar listing available on the right corner of the homepage. The main difference, however, is that we try to list the content produced within the confines of the week, while the website focuses on the number of clicks without taking date into consideration. I believe both are informative in their own right. But I have a different focus today, and that is the signatures of the said news articles. When we close the list on Sunday morning, we often encounter news articles signed "Daily Sabah" without any indication of who wrote the piece.

There is an elephant in the room when it comes to the preparation of the news articles. The reporters-on-the-ground approach has been largely abandoned now by most media organizations as news agencies have become more of a monopoly on that front. However, while the barebones of the news are provided by agencies, what differentiates one newspaper from another is the articles the editors build around what they take from the agencies. This also raises questions about where we draw the line on what is original work. Is it the agency news alert or the outlook from the editor?

Approaches vary between newspapers when it comes to signing articles. Some sign every piece while others require exclusive reports for reporters or editors to sign their name. Nevertheless, when we list these articles every week, we were able to procure the names of the editors and give credit accordingly. It also shows that in most cases these articles are the work of a single editor and not a collective effort that may merit a "Daily Sabah" signature. While signing anonymously in this way can be used to protect editors from frivolous lawsuits, the subjects of many of the articles in this case render that argument null.

Signing arrangements remain an editorial discretion, but we suggest that using the editors' names will go a long way when it comes to instilling credibility in the eyes of our readers. It will also encourage the editors to write more exclusive and original articles instead of leaning on agencies. In the upcoming weeks we will revisit this issue and try to determine the trends in Daily Sabah with our old classification of global, regional and local news as well as the top 10-lists.

We will also monitor the photo signatures in the next week, so let this be the last reminder for editors to pay extra care to that.

Influence of sources on journalists

Sources are the lifeblood of journalists and regularly the cause for a multilayered debate. The first layer of the debate usually revolves around the right of journalists to not reveal their sources. But let's skip that one for today and focus on another part of the problem. The relationship between a journalist and a source is a curious thing. It usually represents a flow of information from a source to a journalist, but that information is not always "cold hard facts." What facts there are usually are accompanied by speculation, disinformation, colored by personal interests and so on. The job of journalists is to sift through all that to get the information he or she needs.

There is also within the source-journalist relationship the problem of conflicting loyalties. Prolonged exposure to a source may cause the journalist to share their viewpoint, rather than bringing an impartial set of eyes. One example of the crisis of "embedded journalism" was revealed in 2013, when press rooms in police headquarters were emptied and closed up. Previously, these press rooms were able to provide a steady source for news from police reports.

However, this type of journalism also led to the prevalence of police jargon in news reports, and when one considers that the police department is responsible only for the first stage of the justice system which deals in reasonable doubt, while leaving the burden of proof to the courts, these news articles produced in the press rooms were open to the accusation of disregarding the presumption of innocence, as they exposed those charged with a crime as if they were guilty, depending solely on police reports and without their own investigations. This could be seen as a symbiotic relationship, as the police were able to influence the journalists, while the media had a steady source of news articles.
Back in 2013, this was debated with regards to press freedom, as some argued that this state of affairs was the result of police becoming more closed as institutions. At that time, I said that while the police officials should continue to release statements and answer questions in a clear manner and without preferential treatment, journalists should move their press offices to buildings near police headquarters, and fund these from the newspaper budget, instead of relying on the hospitality of the police. Only then could we talk about impartial coverage.

This type of prolonged contact and mutually beneficial arrangements unfortunately lead to conflict of interest and loyalty. The loyalty of journalists should be toward their readers and they should not concede ethics to a source just to get a juicy inside scoop.
Last Update: Feb 21, 2016 2:01 pm
RELATED TOPICS