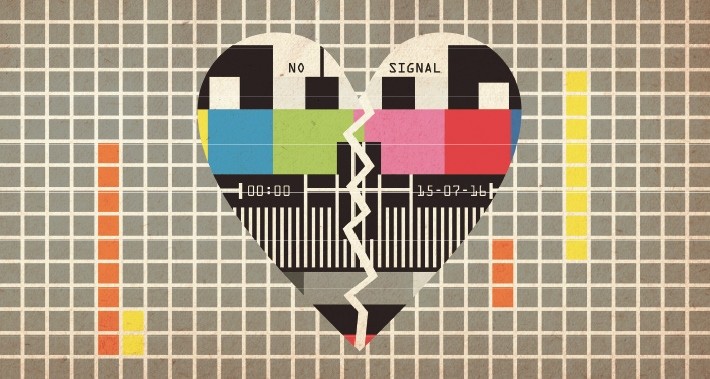 Although sensitivity toward others' griefs can diminish over time for those who have not lost their loved ones, journalists must respect the pain and wishes of families while covering the story

When we immerse ourselves with our jobs and start to get swept by the fast flowing nature of the news, it is easy to forget that there is more to journalism than reaching the maximum audience while reporting on events.

When we pay attention to getting the right reactions from our readers or viewers and struggle to stay relevant in the fast evolving nature of the news cycle, ethics guidelines that concern the nature of the subjects of our articles become suggestions rather than requirements that must be met for proper journalism.

Let us take the news stories made on the martyrs, victims and veterans. It is a delicate balance between ﻿scratching the same old wound as a demagogue and ignoring it too much to let them fade from public memory.

Last weekend, I traveled to Antalya to attend a summit organized by the July 15 Association called the Summit for the Families of Martyrs. Throughout the meetings, assemblies, tours and activities that spanned two days, I looked for an answer to the question: How are the families of martyrs and veterans affected by the relevant news stories that span our media?

Allow me to summarize my take of the situation after meeting with the administrators of the association, psychologists attending to contribute to the summit, and of course the families themselves.

There are still numerous martyrs who are yet to be named, pictured or reported on properly in the media. The families of these martyrs are saddened and disturbed by how their lost loved ones turned into a number, a statistic.

Of course they are not talking about the familiar reporting format that says, "We lost 249 people." What they are saddened by is how some names are never mentioned, some heroics never told, and some sacrifices never remembered, along with misinterpretation and misquotation.

There can be representative names in any story. There are martyrs who changed the course of history. This is of course is natural as they become a more relevant figure in public memory. But let us not forget that everyone who wounded or lost their lives had the same goal and bravery. Their heroics cannot be diminished. Their story is also a part of the overall situation. When reporting on events, we must take extra care to not discriminate or forget anyone and cause an orphaned child to ask their mother; "Wasn't my father a martyr, why do they never talk about him on TV?"

It is not feasible to expect a story as big as the July 15 coup attempt to vanish from newspaper pages and TV screens so soon. Until every aspect and consequence is brought to light, it will continue to be reported on and talked about. The same goes for many conflicts, attacks and tragedies around the world. It is not possible to shrug off a monumental event and banish it from the daily news cycle.

However, a balance must be attained. Exposing the families who suffered with insensitively prepared, written or argued news stories will only increase their grief and discomfort. Each news story that features the event in question must be held to the same standard of ethics no matter how much time has passed. While those unaffected directly by the conflict may shrug off insensitiveness after a month, the pain of those families will endure. This insensitiveness and negligence also negatively affects their ability to cope with the situation and grief in peace.

During the summit I also observed that some of the families are puzzled about why they are constantly asked questions about the daily news. They are also unfamiliar with some of the flashy concepts of the media. They do not care. While some families are willing to speak with the media and express their opinions on the situation, there are just as many families who are against such a notion. We must respect these wishes.

Although the findings and their conclusions are the results of meeting with the families affected by largely a single event, similar approaches and problems present themselves almost universally. I would like to thank the association and its president Tarık Şebik for organizing the event as well as the psychologists who worked there voluntarily. Their contributions were invaluable for these conclusions.

My hope is that the association will also prepare a more comprehensive report on this and release it to the media, thus increasing awareness to this problem. Finally, I would like to remind my fellow journalists of the Turkish proverb that says, "An ember burns where it falls." Let us be the ones who try to quench those flames, not the ones who feed it.
Last Update: Apr 09, 2017 5:04 pm
RELATED TOPICS