How to avoid pitfalls when covering health stories 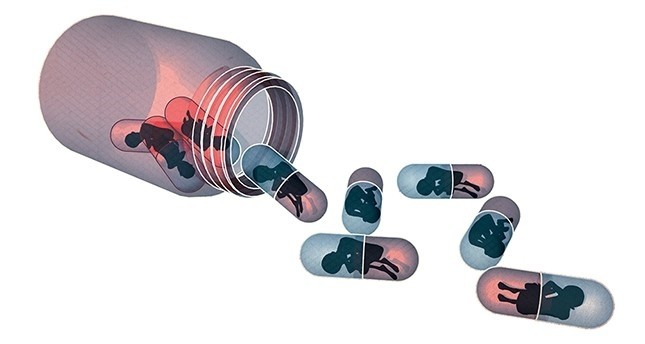 It is clear that a subject as sensitive as health and medicine requires expert journalists who carry with them a set of ethical guidelines as to avoid the many mistakes and misconducts we witness today such as fear-mongering, false hopes and inadequate coverage of healthcare organizations, doctors and medications

Having expertise in specific areas is a significant part of good journalism. Covering certain subjects such as terrorism, international politics, lobbying and so forth require journalistic know-how and specialty in the intricacies of the related field. That being said, there is another subject that requires similar expertise which we will talk about today: Health news.

Medical or health-related journalism has a continuous presence in newspapers and news websites, as it is a developing field that gains wide interest from the public. Medical journalism is, after all, one of the subjects that has a direct effect on the lives of readers, whether it's regarding a groundbreaking new treatment or a change in the details of medical insurance-related issues.

Unfortunately, despite reader popularity and the frequency of reporting on medical issues, we see numerous mistakes being made when it comes to covering stories on the subject, which was previously discussed in the Reader's Corner in two different articles.

The first one, titled the "Snake oil journalism," was published back on Oct. 13, 2014 and focused on the media hype surrounding small developments in the medical sector and the outright fabrication of these developments amid journalistic attempts to gain wider interest from the public or to increase the number of hits on a news website.

The second article we published on Nov. 3, 2014 titled, "Fear-mongering in journalism," focused on the opposite. Too often, we observe news websites fanning the flames of a purported development in attempts to spread public fear over the threat of recent diseases, amid the aims we mentioned previously, and to gather those lucrative clicks on a webpage and the advertisement money that comes along with it. Both of the said articles were written by İsmail Selim Eşsiz.

Today, we will take a broader look at proper conduct in covering the medical sector journalistically, providing a guideline that serves to inform our colleagues on the principles of conduct when covering health-related matters.

The most frequent mistake of journalists when it comes to reporting on this subject is the conflict between public interests and those of the private sector. This encompasses both the concept of unfair competition and the hazards of misinforming readers with false claims or exaggerated remarks when providing media coverage of a particular medical company, doctor or medication.

Of course, refraining from reporting on these matters directly contradicts the principle of upholding public good in journalism so while it is necessary to report on these issues, it is important not to blur the lines between what is news and what is advertising - a problem that plagues all topics that are subject to media coverage. However, when it comes to health, the fine line is much more dangerous when crossed, as a mix-up or misrepresentation can very well threaten the lives of readers.

Another common mistake made in reporting on health-related news is the false presentation of medical research; namely, purporting unproven claims as proven or indefinite results as scientific facts proven beyond a reasonable doubt.

In some news articles, we see that some treatments or medications that are still in the experimental stages are being purported as a successful cure ready for general public consumption or use, despite ambiguous wording or half-truths. This type of reporting only serves to mislead the reader, give them false hope and leads to further disappointments after the reader does their own bit of research on the subject.

That being said, in Turkey where jokes abound regarding unnamed scientists and "miracle cures," there is a reason that such issues are regarded in humor – and it speaks volumes to the credibility of health-related journalism.

However, it doesn't have to be this way. The journalistic mistakes being made which we mentioned above and in previous articles point to the urgent need for determining ethical codes with regards to medical journalism and the importance of educating journalists accordingly.

As the Daily Sabah ombudsman, I will offer several suggestions in this regard, which I hope will spark a debate on the principles of the matter that ultimately opens the door for further improvements in journalism and while the Daily Sabah editors use these principles as guidance when covering medical sector. Without further ado, here they are:

— Just like in every other news article, the information provided in health stories must be checked for factual accuracy. Any statement, information or remark that is uncertain or based on rumors should not be included in the news article.

— News articles on the medical sector must be objective, fair and balanced.

— When writing a story centered on health, the public good must be the priority. Stories that can be considered as endorsements of doctors, healthcare organizations or medication companies must be avoided.

— Publishing stories that will create unrealistic expectations in patients should also be avoided. When mentioning studies, which have not yet been concluded or approved, journalists should pay careful attention to their wording.

— Editors and reporters that cover the medical sector should familiarize themselves with the correct medical terms and processes. Making mistakes when it comes to the names of illnesses or the stages of diseases must be avoided.

— All newspapers should employ an editor who is an expert on the subject, specializing in health. Stories about health and medicine should be thoroughly checked by that expert.

— So-called health stories that could spread panic or terrorize the public must be avoided. Even if the goal is to warn the public, sensationalist wording is unacceptable.

— Another important aspect of reporting is patients' rights. Violating a patient's right to privacy must be considered unacceptable among all journalists. Their privacy must be respected and photos, videos or information about a patient should never be published without their consent. Only when there is a case of clear and inarguable public good can this principle be interpreted more flexibly.

— In news stories that cover healthcare organizations and doctors, it is important to avoid making biased or preferential statements based on preconceived opinions about the subject. Even if you consider an organization or person to be at fault, biased news reporting is still the wrong way to go. The rights to reply and retort must be respected.

— With the exception of cases where the anonymity of the news source is absolutely necessary, news sources and their occupational ties should be mentioned in a news article.

— When describing the ailments of individuals, using language that willingly or unwillingly marginalizes, excludes or stigmatizes the patient must be avoided. Do not label people based on their illnesses.

— An illness cannot be presented as a crime. Similarly, drawing a direct link between diseases and criminal stories must be avoided as not to form misguided perceptions as these two are not connected.

— News stories that can cause unfair competition between healthcare organizations or doctors by blurring the line between news and advertisement must be avoided.

— If journalists are invited on a press tour by a healthcare organization, they must include that information when they are covering the said organization in a news article.

— Using visuals that focus on male or female genitalia in health stories should be avoided.

While we were preparing our ethical principles regarding this matter, we benefited immensely from the studies of Professor Dr. Süleyman İrvan from Üsküdar University, along with documented information that professional organizations had prepared in the past on the same subject. Although the list I have prepared here is a comprehensive one that applies to numerous problems experienced currently when covering health stories, the list also has room for improvement.

Therefore, once again we urge our colleagues to join in the debate to join the united front, just like we did regarding the subject of bus accident coverage in last week's Reader's Corner. Perhaps lightning will strike twice and the Turkish media will take a unified stance regarding this crucial subject, as well. We certainly hope so. Health and wellness are our most precious commodities and it is time that we treat it as such.