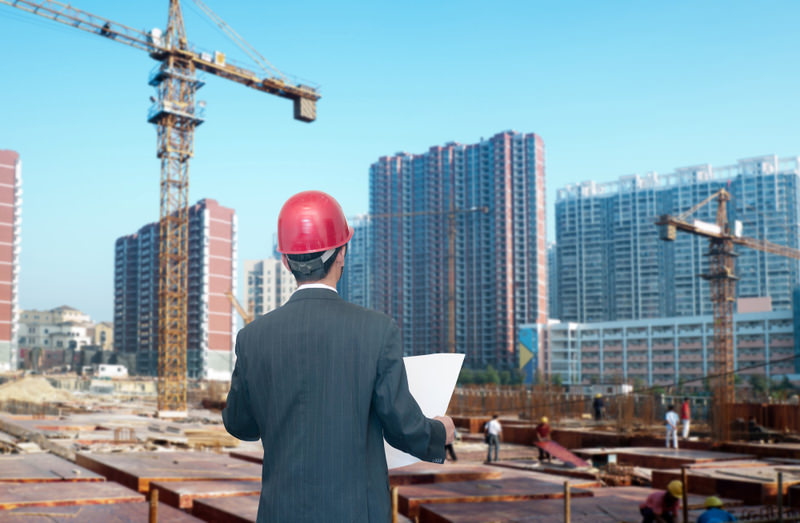 The construction sector, which is affected the most by global economic crises, has regained momentum as the global economy recovers. The sector, which corresponds to 11 percent of Gross World Product (GWP) and directly affects economies, is estimated to grow faster than GWP over the next decade

As far as the sectorial spheres of influence and sizes of other sectors that provide input to the economy are concerned, the direct and indirect share of the construction sector in Turkey's Gross Domestic Product (GDP) is around 33 percent in total. According to the Construction and Real Estate Sector Report prepared by AGS GLOBAL Consultancy, the direct shares of construction and real estate sectors in the GDP are 4.3 percent and 10.6 percent, respectively, while the construction sector's contribution to employment is 7 percent in the country. It is estimated that a total of $57 trillion worth of infrastructure investments will be made in the world by 2030 and Europe's infrastructural needs will reach $2.2 trillion by 2020. A major part of these projected investments will turn toward transport and energy.

According AGS GLOBAL's report, it is expected that the construction sector will focus on infrastructure investments in transportation and energy in the upcoming period. Furthermore, it is predicted that Turkey's rate of population over 65 years of age will increase with population growth, migration to cities will continue and the urbanization rate will soar from 78 percent to over 84 percent by 2023.

The growth of the construction sector, which is affected most by global economic crises, is regaining momentum with the recovery of the global economy. The sector, which corresponds to 11 percent of the Gross World Product (GWP) and directly affects economies, plays a leading role in the re-achievement of growth and the world's recovery from crises. According to AGS GLOBAL report, it is estimated that the global construction sector will grow faster than GWP over the next decade. Because of the construction sector's ties to a great number of sectors, it is directly affected by crises that are experienced in other sectors and the general economy. When the world's construction sector is evaluated in light of present data, some conclusions can be drawn as follows:

l The yield of the construction sector is expected to surge by 67 percent from $7.2 trillion to $12 trillion over the next decade. This figure, which is equal to a 5.2 percent increase on a yearly basis, is above GWP's rate of increase.

It is estimated that the share of emerging markets in the world's construction market will rise from 46 percent to 55 percent by 2020 in parallel with ever-growing population, diversifying and improving economic activities and rising urbanization. Also, the share of the construction sector in these countries is expected to increase from 14.7 percent to 16.5 percent in the same period.

It is estimated that the annual growth rate of the construction sector of the Middle East and North Africa (MENA) region, which is a traditional market for Turkey's international technical consultancy and contracting sectors, will be realized at 5.2 percent. Also, it is estimated that $4.3 trillion will be invested in the construction sector of the MENA market over the next decade.

The need for private capital to be invested in real estate and infrastructure has vastly increased in the world in recent years. The shift of population toward big cities and population growth particularly in developing economies boosts the demand for house construction in cities. Cities in advanced economies do not grow at an equal rate and demographic structure, technology and environmental problems are considered as value-creating factors in such economies.

The fierce competition in the real estate market pushes real estate executives and investors to seek new profit-generating opportunities. The real estate sector, which is in the hearth of rapid economic and social change, causes the existing living spaces to transform rapidly and wealth and prosperity in new economies such as Asia, the Middle East, Latin America and Africa and increases migration to these regions. It is thought that the population movement in these regions will continue to increase population in the existing cities and lead to the emergence of new cities.

Because of its impacts on the economy and a great number of economic variables, developments in the housing industry, which is the most important element of the construction sector, are constantly monitored and used as a leading indicator to understand the economic condition. According to evaluations carried out by the International Monetary Fund (IMF) across the world, house prices skyrocketed between 2000 and 2006, however, they dropped to the level that was achieved in 2005 because of the impacts of the global financial crisis in 2008 and started to increase again after 2011.

When price changes around the world are examined, it is seen that figures vary in parallel with country-based factors such as changes in national income, investment-saving habits, demographic structures and foreign investors' purchase of houses.

It is possible to suggest that the upward trend in global house prices continued in the first quarter of 2014. It is seen that house prices particularly in the United Arab Emirates, Estonia, Taiwan and the Philippines soared, while countries such as China, Hong Kong, Korea and Singapore ensured slowdown in the rate of increase of house prices thanks to the precautionary measures they took. The upward trend in house prices has shifted toward the Pacific region, Gulf region and partly toward European countries.

When global trends are taken into consideration, it is expected that the value of investible real estate assets, which was $29 trillion in 2012, will soar by 55 percent to $45.3 trillion by 2020 and this upsurge will continue by 2030. It is estimated that this growth will be mainly in developing countries, it will accompany the formation of a more qualified leasing system and property rights will become more transparent. It is thought that the economic growth trend will play a significant role in commercial real estate and infrastructure investments particularly in developing countries. When price changes around the world are examined, it is seen that figures vary in parallel with country-based factors such as changes in national income, investment-saving habits, demographic structures and foreign investors' purchase of houses. It is possible to suggest that the upward trend in global house prices continued in the first quarter of 2014. It is seen that house prices particularly in the United Arab Emirates, Estonia, Taiwan and the Philippines soared, while countries such as China, Hong Kong, Korea and Singapore ensured slowdown in the rate of increase of house prices thanks to the precautionary measures they took. The upward trend in house prices has shifted toward the Pacific region, Gulf region and partly toward European countries.
House sales statistics

According to the Turkish Statistical Institute's data, house sale statistics have risen in 2014 when compared to the previous year because of the high trend in interest rates. Also, house sales to foreigners surged by 52.8 percent within the same period. A total of 225,454 houses were sold in Istanbul by the end of 2014, making the city have the lion's share of 19.35 percent in overall house sales. Istanbul was followed by Ankara and Izmir, where a total of 131,825 and 71,779 houses were sold, respectively. The house price index has risen across Turkey since the early 2011 and this upward trend gained a higher momentum than unit prices after January 2015. One of the reasons for this disparity is the rise in dwelling production. The unit price for per square meter of house rose from TL 1222.83 in May 2013 to TL 1382.69 in May 2014.

The reciprocity law encapsulating the law no: 6302, which was enacted on May 3, 2012 and stipulated an amendment of the land registry and cadastre laws, smoothed the way for foreign nationals, who are the citizens of countries determined by the Council of Ministers, to purchase immovable properties in Turkey. It is expected that foreigners' demand four houses in Turkey will increase and invigorate the real estate sector.
Last Update: Sep 09, 2015 12:52 pm
RELATED TOPICS