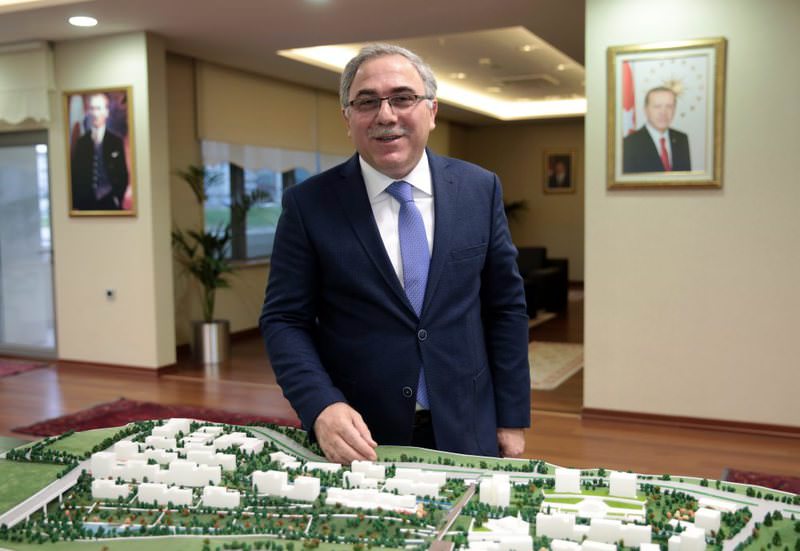 Housing Development Administration of Turkey (TOKİ) President M. Ergün Turan said that a $2 billion investment has been slated for the Istanbul International Finance Center (IFM), to establish Turkey as a financial center. According to the general director of Emlak Konut GYO, Mehmet Kurum, this project will be partially completed in 2018.

Speaking to the press at MIPIM 2016, Turan said: "Effective in April, the Istanbul International Finance Center starts a new phase. An investment of $2 billion is slated for this pivotal project, the likes of which have never been seen in the world. This project, along with the construction of the third airport and other unannounced projects, answers the question of whether or not Turkey is a safe haven."

According to Kurum, most of the infrastructure for the Istanbul International Finance Center has been completed; construction of the center began at the start of 2016 and should be finished by 2020.

In addition, Turan said that Turkey is being excluded from investment-related activities in Europe and neighboring countries; regardless of Turkey's completed and ongoing projects, including the Istanbul International Finance Center and construction of Istanbul's third airport.

Turan, who was attending the fair for the third time, stated that the world's most important real estate fair - MIPIM - did not unite sellers and investors, unlike others. Turan said that the aim of the fair was to bring investment opportunities from various cities to real estate companies that are investing in these cities with large-scale funds.

Turan also noted that while Turkish firms were attending the fair in very small halls five years ago, they are now using more space along with the Istanbul Real Estate Promotion Pavilion established by the Istanbul Chamber of Commerce.

Stressing the pavilion's position between the tents of Paris and London, Turan said, "This indicates that we will move towards better positions in the future."

Recalling that the Istanbul Metropolitan Municipality, the Istanbul Chamber of Commerce, the Emlak Konut GYO and TOKI held a meeting before the fair with TOKI and Emlak Konut having opened their stands at the fair, Turan said: "After wandering around the other halls and comparing investment opportunities, Turkey is a country where big investments and the world's most important real estate investments are made."

He also mentioned models such as the third airport and the Eurasia Tunnel in the promotion pavilion, saying that he is pleased to see architectural firms being included in MIPIM this year.