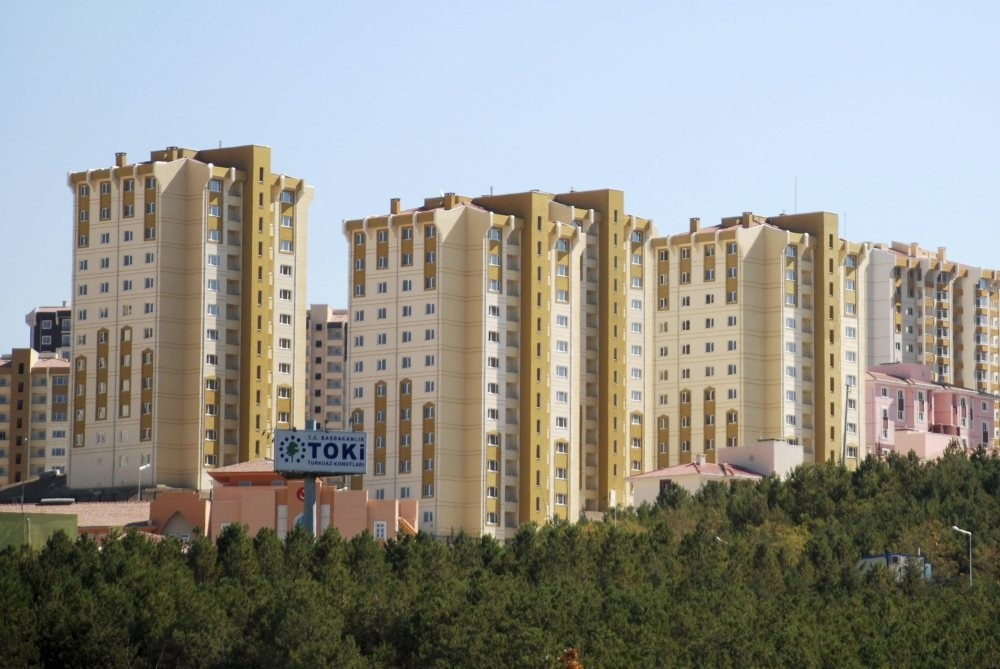 Real estate sector representatives agree that recent cuts in home loan credit rates are not enough to satisfy customers, and rates need to be lowered to 0.7 percent to create a significant effect on the markets

Even though banks have dropped the home loan interest rates below 1 percent, high interest rates in long-term loans, which are what home buyers prefer most, have not met consumers' expectations.

The representatives of consumer unions and the real estate sector said the interest rate discount issued by the banks on home loans was not enough, and it should continue dropping, suggesting that citizens would make a move toward house purchases provided that the interest rates dropped to a level of 0.70 percent interest.

After a campaign which aimed to decrease financial costs for customers through the use of installments, led by Emlak Konut, Turkey's biggest real estate investment trust, and the Association of Real Estate and Real Estate Investment Companies (GYODER), President Recep Tayyip Erdoğan had called for the banks to drop their annual interest rates on home loans to 9 percent. Prime Minister Binali Yıldırım had announced that they started their operation to drop the interest rates on home loans. Later, the banks backing these moves reduced their interest rates for various terms below 1 percent -- 0.80 percent the lowest level -- starting from the previous week.

Despite the low interest rates for the loan periods between 0 to 24 months, the lowest interest rate for a 10-year term currently maintains a level around 0.95 percent. Even though the interest rate seems like 11.4 percent on the annual basis, it goes up to 12 percent with taxes and other expenses, so the current situation falls short of consumers' expectations.

Saying that banks took action following President Erdoğan's call to drop the interest rates, Hatice Kolçak, the vice president and real estate commission president of Association of Consumer Problems (TÜSODER), said the interest rate discount issued by the banks on home loans was not sufficient for the customers and what is expected and desired has not happened yet.

Pointing out that the home loan interest rates offered to customers were convenient for the short-term loans, Kolçak said even though the loan interest rates for the periods between 0 to 24 months dropped to the 0.80 level, it did not work for the customers. Customers that will use home loans prefer five- to 10-year terms and the interest rate for a 10-year loan is 0.95 percent - still too high according to Kolçak. When this rate is calculated, it equals to a level around 11.5 percent; however, President Erdoğan called for the banks to drop their annual interest rates on home loans to 9 percent. Calculating this amount monthly, it equals to 0.70 percent.

Stating that the interest rates should continue dropping periodically and the downward trend would hopefully continue in the short term, Kolçak continued, "If the decrease does not continue, the expected mobilization in house sales will not occur since the citizens' expectations have not been met yet." Kolçak said the consumers expecting to be homeowners with a 10-year loan term would take action when the interest rates dropped to 0.70 percent.

"While the prominent dwelling producers in the construction sector still make sales with 0.70 percent interest rates for a 10-year loan term, second-hand home sales will speed up after the banks catch the sector's trend," Kolçak said, hoping that the banks would approach the restructuring of the loans of the previous loan users in a positive, tolerant and prudent way during this period.

Nizameddin Aşa, the president of Istanbul Chamber of Real Estate Brokers and Consultants, said dropping the interest rates below the psychological level of 1 percent was a positive move for the banks as a first stage, and they should also facilitate the process for customers to obtain loans in addition to dropping the loan rate.

Noting that banks evaluated the situation from a financial perspective and they did not drop the interest rates to the level President Erdoğan asked, Aşa said the highest annual interest rate level among the countries where the mortgage system is implemented is 8 percent, but the compound interest can pass the 13 percent level. However, the real estate sector requested the interest rate discount to continue and drop it to lower levels.

Saying that the interest rates had previously been dropped to around 0.70 percent, Aşa stressed that the monthly rate needed for middle and low income groups to buy homes was 0.70 percent.

Demir İnşaat Chairman Hamit Demir said banks proceeded with caution in heeding President Erdoğan's call, but it was important that these interest rates started dropping within a month following the coup attempt. Pointing out that some banks could drop their interest rates to the levels President Erdoğan stated as of late September, Demir stressed that Erdoğan's justified demand was highly crucial for both producers and consumers.

Noting that the interest rates dropped thanks to the stability expected to come in the area of Turkish politics and economy, Demir said foreign currencies and interest rates started dropping within a month after the coup attempt. Stressing that Turkish people's trust in the country's economy played an important part during this period, Demir said even though 0.95 percent seemed sufficient for some in the first stage, the discounting should continue and it was likely to get to the point President Erdoğan stated within two to three months.

"As long as stability in Turkish politics and economy continues in this way, [interest rates] will continue dropping. Banks finally took action, meaning that they saw something positive. A majority of stakes of the private banks in Turkey belong to foreign funds. They saw the stability and dropped their interest rates," Demir said, stressing that this was a positive development in his opinion.
RELATED TOPICS