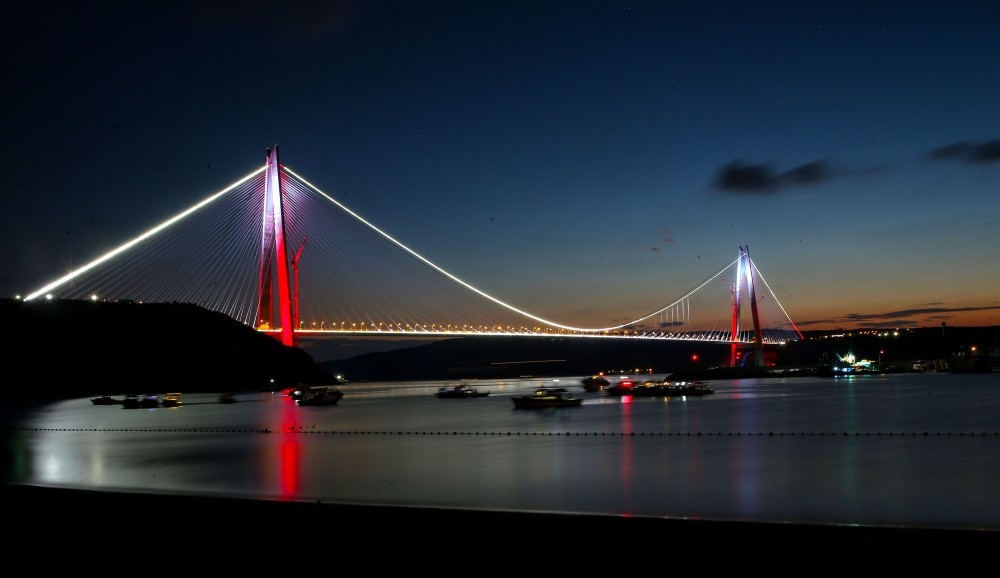 While the value of land and residential properties incEyüp, Çatalca, Arnavutköy, Sarıyer, Beykoz and Çekmeköy have increased nearly fourfold, the increase in the quality of housing in regions like Sancaktepe are drawing increasing interest.

Türkiye Sınai Kalkınma Bankası (TSKB) Real Estate Appraisal Co. General Manager Makbule Yönel Maya said that after the construction of Yavuz Sultan Selim Bridge began and even following the announcement of its constructed route, activity on the housing market increased on the Halkalı-Başakşehir-Arnavutköy-Kayabaşı axis and in Zekeriyaköy on the European side of Istanbul andcBeykoz, Çekmeköy and Sancaktepe regions on the Anatolian side. Pointing out that the price of land and real estate near the North Marmara Highway, access roads and the third bridge has increased; especially in Eyüp, Çatalca, Arnavutköy, Sarıyer, Beykoz and Çekmeköy, Maya said: "The effect of Istanbul's new airport should be taken into consideration regarding the increase [in real estate prices]in Arnavutköy and Çatalca."

Stressing that the regions of Arnavutköy Karaburun, Beykoz Riva, Sarıyer Uskumruköy and Çekmeköy Nişantepe have seen the highest increase in real estate value thanks to construction of the third bridge, Maya said that real estate prices reportedly increased fourfold in those regions. Maya said among housing projects located on the North Marmara Highway route and near its access roads; namely, the Sancaktepe region, has drawn increasing interest and is undergoing urban transformation with new housing projects. Considering the number of projects currently in the planning stage that are still under construction, Maya said 4,000 new housing projects will be provided to the region of Sancaktepe by 2018, followed by Çekmeköy with nearly 930 projects.

Stating that some of the housing projects in Çekmeköy will be delivered by the end of this year, Maya said: "Considering the regions near the third bridge's access roads on the Anatolian side, life is expected to start in Sultanbeyli's new market consisting of 650 houses by early 2017."

According to Maya, the districts of Zekeriyaköy and Uskumruköy in Sarıyer are leading the way regarding the North Marmara Highway with 300 new housing projects. "Considering the fact that there will not be any areas left for new construction around the bridge, we can see that the new projects in these residential areas currently under construction - especially close to the bridge's exit and access roads - have gained momentum during this period, with real estate developers taking important steps towards new projects in these areas," Maya said.

Maya said the housing prices in Göktürk, Zekeriyaköy, Başakşehir, Çekmeköy, Sancaktepe and Beykoz regions have increased due to construction of the third bridge but this increase is not as high as the price of land there.

These type of projects lead to increases in prices in two different stages, according to Maya. The stage occurs during the construction period immediately following announcement of the project and the second occurs during the project's revival after its completion. In the meantime, Transportation, Maritime and Communications Minister Ahmet Arslan said in a statement last week that the establishment of new construction areas on the third bridge's route was out of the question. Constructed as part of the North Marmara Highway project, Yavuz Sultan Selim Bridge is located on a 148-kilometer section of the Odayeri- Paşaköy area. Construction of the bridge began on May 29, 2013 and is the world's widest suspension bridge. This work of art was opened on Friday, Aug. 26 with the attendance of President Recep Tayyip Erdoğan, Parliament Speaker İsmail Kahraman, Prime Minister Binali Yıldırım and leaders from different countries.
Last Update: February 02, 2020 00:12