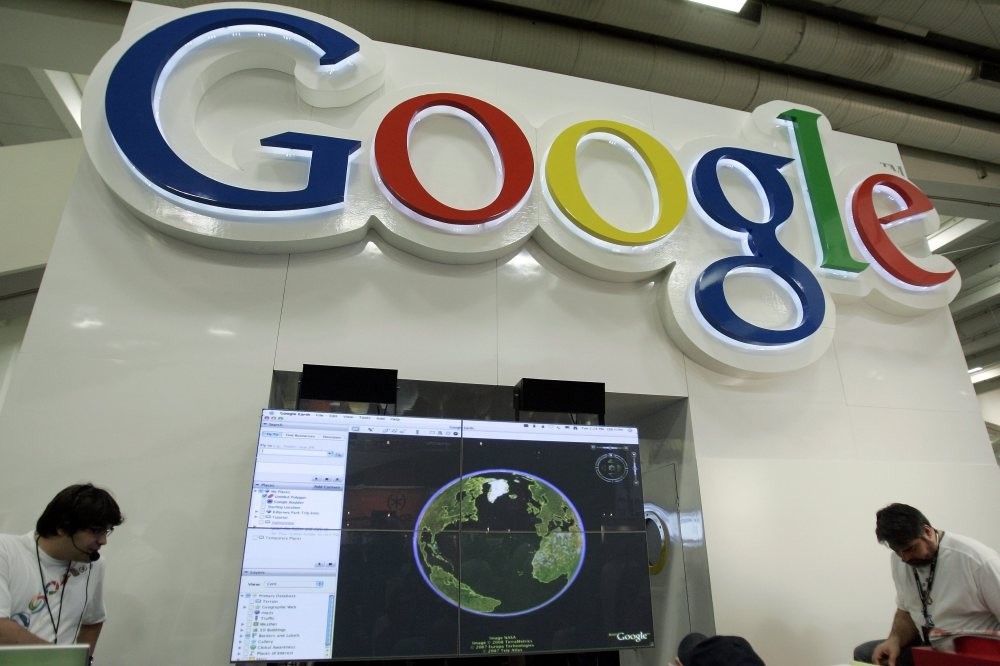 Google workers staff a booth in San Francisco.
by reuters Nov 22, 2016 12:00 am
The main U.S. visa program for technology workers could face renewed scrutiny under

President-elect Donald Trump and his proposed Attorney General, Senator Jeff Sessions, a long-time critic of the skilled-worker program. H-1B visas admit 65,000 workers and another 20,000 graduate student workers each year. The tech industry, which has lobbied to expand the program, may now have to fight a rear-guard action to protect it, immigration attorneys and lobbyists said. Trump sent mixed signals on the campaign trail, sometimes criticizing the visas but other times calling them an important way to retain foreign talent.

Sessions, however, has long sought to curtail the program and introduced legislation last year aiming to make the visas less available to large outsourcing companies such as Infosys. Such firms, by far the largest users of H-1B visas, provide foreign contractors to U.S. companies looking to slash information technology costs.

"Thousands of U.S. workers are being replaced by foreign labor," Sessions said at a February hearing. The H-1B visa is intended for specialty occupations that typically require a college education. Companies use them in two main ways to hire technology workers. Tech firms such as Microsoft and Google typically hire highly skilled, well-paid foreign workers that are in short supply. They help many of them secure so-called green cards that allow them to work in the U.S. permanently. By contrast, firms such as Infosys and Tata Consultancy Services, both based in India, use the visas to deploy lower-paid contractors that critics say rarely end up with green cards. H-1B visas are assigned through a lottery once a year by U.S. Citizenship and Immigration Services. This year, companies filed 236,000 petitions for the 85,000 available visas, a cap set in U.S. law. They are awarded to employers - not employees - and tied to specific positions.

Both Democratic and Republican critics have argued that companies such as Walt Disney Co and Southern California Edison Co, a utility, have used the program to terminate in-house IT employees and replace them with cheaper contractors.

Sessions last year urged then-Attorney General Eric Holder to investigate Southern California Edison's use of H-1B visas in a letter than was also signed by Democratic Sens. Bernie Sanders, Richard Durbin and Sherrod Brown. The Justice Department in 2013 settled a visa fraud case with Infosys for $34 million. Federal investigators accused Infosys of using easier-to-obtain business travel visas to import foreign workers who were required to have H-1B visas. Investigators also alleged that Infosys told foreign workers to lie to U.S. officials about the cities where they would work.

In the settlement, Infosys denied the allegations but agreed to retain a third-party auditor for two years and to provide the government with detailed descriptions of what its visa holders were supposed to be doing in the U.S.
RELATED TOPICS