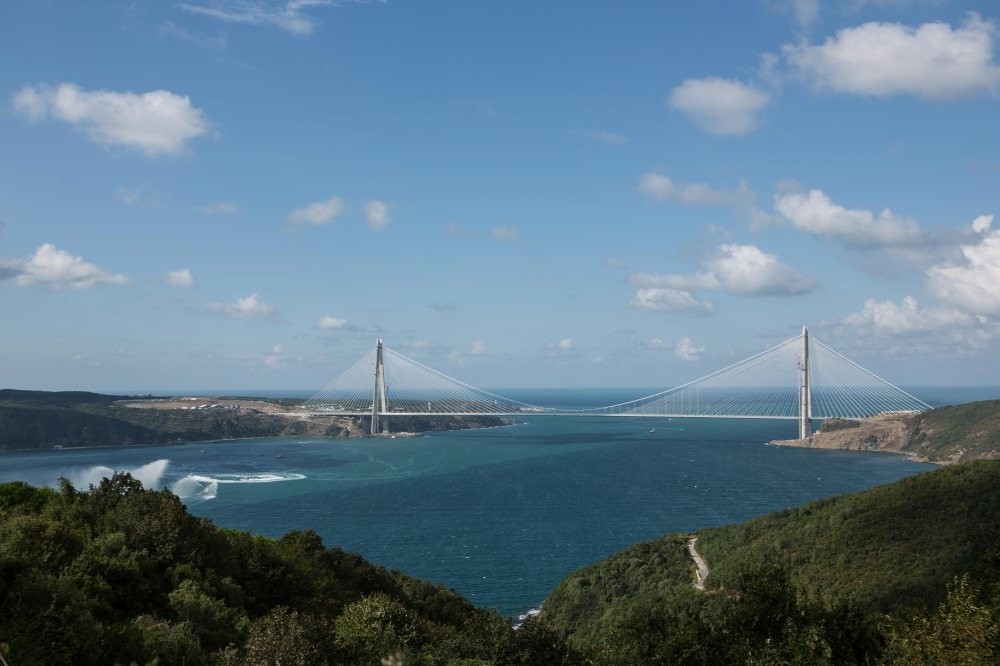 The real estate properties in districts located along the route of the Yavuz Sultan Selim Bridge, the newly built third bridge, have seen an increase of up to 43 percent in their value

The Yavuz Sultan Selim Bridge, Istanbul's newly built third bridge to link the city's European and Asian sides, is giving a boost to real estate market prices along its route, according to data from Sahibinden.

According to the real estate website Sahibinden.com's Sahibindex real estate index, the average price of residential properties per square meter in the Istanbul districts of Çatalca, Sarıyer, Arnavutköy (Hadımköy quarter) and Beykoz, all located along the bridge's route, have seen an increase of 4.9 percent, 17.8 percent, 34.9 percent and 42.9 percent, respectively, compared to January 2016.

Beykoz was the district whose real estate market was most affected by the Yavuz Sultan Selim Bridge. Located on the Anatolian side, the average price per square meter of residential properties in Beykoz increased to approximately TL 9,032 compared to the same period last year, according to the index.

The Yavuz Sultan Selim Bridge has helped push up the real estate market prices in districts located along its path since construction works began in 2013.

The Sahibindex real estate index also showed a three-year change in the square meter prices of residential properties on the market. According to the data, the average price per square meter increased by 55.7 percent in Çatalca, 17 percent in Sarıyer, 89.9 percent in Arnavutköy-Hadımköy and 77.5 percent in Beykoz.

The bridge, built above the northern part of the Bosporus Strait, was named after 16th century Ottoman Sultan Selim I, whose rule marked the expansion of the empire's burgeoning world power in the Middle East. Named after Selim I, the bridge accompanies the July 15 Marytrs' Bridge - previously the Bosphorus Bridge - and the Fatih Sultan Mehmet Bridge in crossing the Bosphorus.

All trucks and heavy-duty vehicles will be directed to the bridge to ease traffic on the other bridges, as well as cut congestion and pollution in Istanbul.

The rail system crossing the bridge will run from Edirne to İzmit, will be integrated into the Marmaray and Istanbul Metro and will also connect Istanbul Atatürk International Airport, Sabiha Gökçen International Airport and the third airport, also currently under construction.
RELATED TOPICS