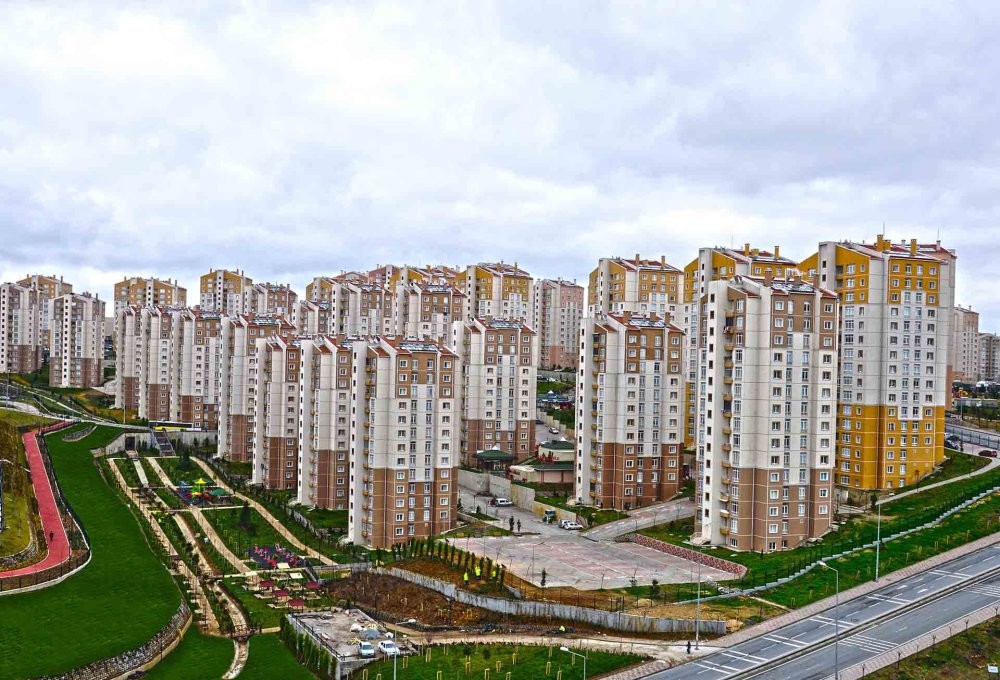 Residential property sales this year are expected to exceed last year's 1.4 million units, according to officials.
by Daily Sabah Dec 20, 2018 12:00 am

Spearheaded by state lenders, the campaign to reduce interest rates on mortgage loans will boost housing sales, the real estate developers expect as they eye a record-breaking year

With only a few days left for the new year, public banks announced some good news for the housing sector by applying the last interest rate cut of the year. Following Ziraat Bank's initiative last week, VakıfBank and Halkbank announced that they will offer housing loans up to TL 500,000 (approximately $93,700) with a monthly interest rate of 0.98 percent and a maturity period of up to 120 months.

The private banks are also expected to take part in the special discount spearheaded by three public banks, the housing companies pledged support for the campaign right after the banks. Companies such as Nef and Sur Yapı began to take part in the campaign where housing companies working with the banks will assume a part of the cost as a contribution margin.

Commenting on the issue, İNDER and Teknik Yapı Chairman Nazmi Durbakayım recalled that they had always conveyed the idea that the interest rate cut in residential sales would revive the sector "Therefore, we were pleased by these discounts. We expect other brands to follow suit in the coming days," he added.

"Many people were waiting for the interest rates to come down as well. However, we think we will see a serious vitality before the new year. They have been calling us since the news came out. The details are yet to arrive, but we are giving the good news of 0.98 percent," he said.

Durbakayım said that they expect a boom in demand due to these discounts, stressing that with the involvement of the private banks, the sector will gain the dynamism it deserves. "In the first 10 months of the year, we approached the sales figure of 1.1 million. Together with these supports, we can also exceed the 1.4 million threshold achieved last year."

Altan Elmas, the chairman of KONUTDER and Sur Yapı, said as KONUTDER, the positive response to their demand for Ziraat Bank to reduce housing loans has been a very pleasing development for the sector.

He said that banks pulling the housing loan interest rate below the psychological limit of 1 percent was an important step in terms economy and the sector's revival. "As home builders, we have been trying to facilitate the residential purchases for our citizens by making sacrifices with our own campaigns. In the next process, sector players and banks should act together, share the cost gap and keep the interest rate at 0.98 percent," said Elmas.

Elmas noted that they expect private banks to take part in this initiative, led by Ziraat Bank.

Dap Holding Chairman Ziya Yılmaz, on the other hand, said that the housing sector always leaps up in the periods when the interest rates are kept below 1 percent. "The ministry and the banks have undertaken a very good task on this issue. We think that this situation will be very productive for the sector along with a positive psychological and sales-oriented impact on the market. However, it will be important for the sector to announce the campaigns as well as the involvement of other banks in the process," Yılmaz said.

Sur Yapı took part in the interest rate cut, initiated by the banks, with 15 projects. The campaign, which is valid until January 15, covers all the residences, shops and offices of Sur Yapı's 15 projects in Istanbul and Antalya.

As part of the campaign, banks lowered their mortgage interest rates from 1.98 percent to 1.78 percent. Sur Yapı, which is a customer of the bank, decided to meet 0.80 percent of its maturity cost and reflect its maturity to 0.98 percent on buyers who want to benefit from the new campaign.

In the first 10 months of the year, a total of 1.14 million house units were sold in Turkey. Last year, the total number came in at 1.4 million, a historic record.