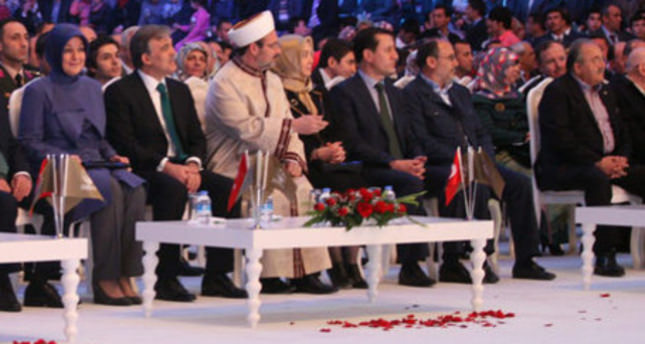 by Daily Sabah Apr 13, 2014 12:00 am
ANKARA — Saturday saw the start of a 'Prophet Muhammad, Religion and Sincerity' themed week to celebrate the birth of Prophet Muhammad.

A week dedicated to mark the sacred birth of the Muslim community's beloved Prophet Muhammad started on April 12 with a program in Turkey's capital, Ankara; along with various other celebrations all around the country.

Turkey's Religious Affairs Directorate will organize a series of activities during the week in different provinces of Turkey, which are all aimed at better introducing and acquainting people with Prophet Muhammad.