First Easter in Şırnak in century 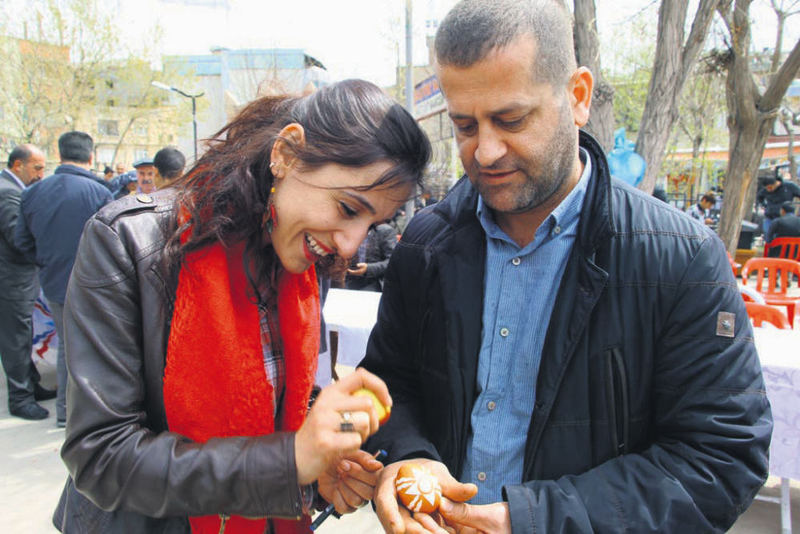 by Daily Sabah Apr 13, 2015 12:00 am
Jointly organized by the Şırnak Municipality and the Nestorian, Chaldean, Assyrian, Aramaic Culture and Solidarity Association (MASKA-DER), an event commemorating the Christian holiday of Easter was held in the southeastern province of Şırnak. The event is notable for being the first Easter ceremony that took place in the city after 100 years. Prominent participants who attended the event included Şırnak Mayor Serhat Kadirhan, MASKA-DER executives and the representative of the Mardin Protestant Church, Ender Paker, who are all Peoples' Democratic Party (HDP) deputy nominees a well. Speaking at the ceremony, Kadirhan underscored that they are reviving a tradition that was nearly forgotten in the city. "Older people probably remember the Easter ceremonies that were celebrated together with all ethnic groups in Şırnak. These ceremonies persisted for many years until the Christian minorities left from the city. Now, we are reviving the Easter festivities in Şırnak and celebrating them with many different ethnic and religious groups who peacefully live together in the city. We also organized a 'Sacred Birth Week' event, which marks Prophet Muhammad's birth. That's how the culture of living together works." he said.MASKA-DER President Mukaddes Aslan also spoke and said it is very important for minorities that live in Turkey. "Today, we opened a door to peace and brotherhood. With this celebration, the hope for future for minorities is strengthened. Our belief in living together in Mesopotamia has not vanished. We are here to state that our struggle for this cause will continue," he stressed.As part of the event, Easter candy and eggs were given to visitors. After the ceremony, those in attendance visited the photo exhibition of a French journalist that was taken between 1960 and 1970 in Şırnak Cumhuriyet Square. Located near the Syrian and Iraqi border, Şırnak hosts many different ethnic and religious minorities including Assyrians, Nestorians and Chaldeans.
Last Update: Apr 13, 2015 10:48 pm
RELATED TOPICS