Millions of Muslims gather in Mecca for Hajj 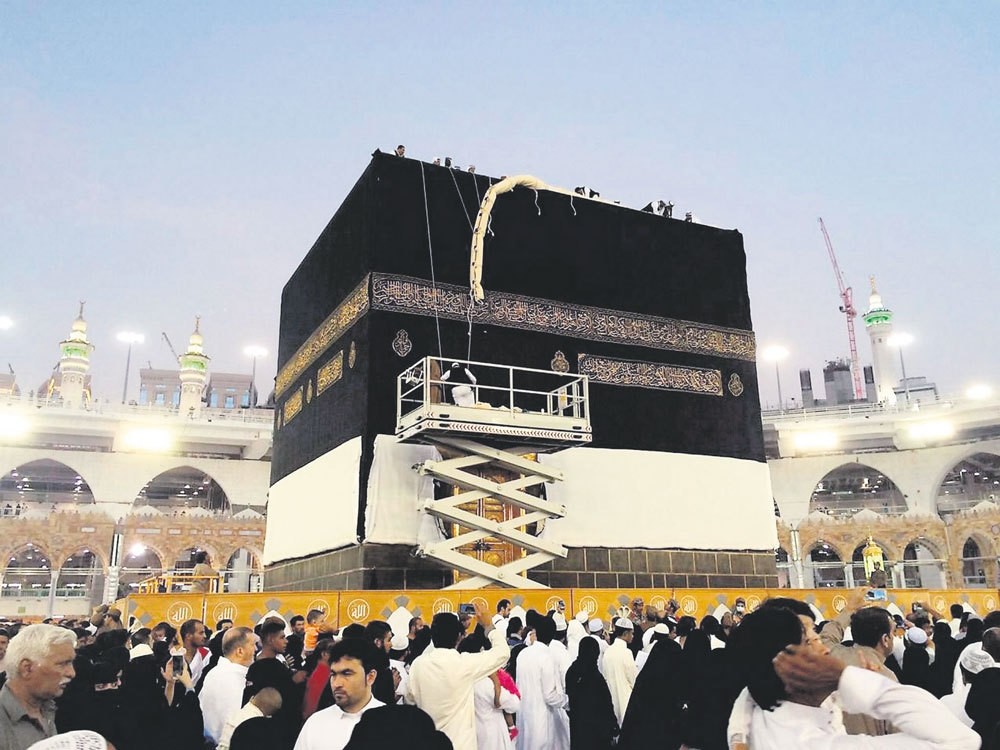 The annual hajj reached its high point on Sunday when Muslims from across the world converged on a stony hill in Saudi Arabia, a year after the worst tragedy in the pilgrimage's history. More than 1.8 million gathered from sunrise at the hill and a vast surrounding plain known as Mount Arafat, about 15 kilometers from Mecca. Against a backdrop of distant, higher peaks, they squatted, stood, or climbed steps built into the hill while reciting ritual incantations. They will spend the most important day of the hajj in prayer and reading from the Koran. Arafat is the site where Muslims believe the Prophet Mohammed gave his last sermon about 14 centuries ago after leading his followers on the pilgrimage. A non-stop flow disembarked from 18,000 buses which authorities have mobilized. Others came on a Chinese-built yellow and green train which connects the holy sites. Under multicolored parasols to protect against the burning sun, the mass of people moved through broad surrounding streets which are closed to traffic. "It's the most beautiful moment of my life," a smiling Ahmed Salman, an Egyptian accountant, said. "I am in the most beautiful place in the world, where more than one billion Muslims around the world dream of being." Around him, dozens of pilgrims chanted a traditional hajj incantation, "God, here I am."

From a distance, the hill appeared a snowy white from the seamless two-piece white garment, ihram, worn by male pilgrims. It symbolizes a state of purity and emphasizes their unity regardless of social status or nationality. Pilgrims come from every corner of the globe, but Indonesia, the most populous Muslim nation, has the largest contingent. "Everyone here shares the same joy. People of all colours who speak all languages are united here for the same reason: to glorify God," said Tunisian pilgrim Chadli Rouissi, 61.

Prefabricated lodging is set up for pilgrims but some erected their own colored tents. Even in the early hours of Sunday the heat was stifling, forcing pilgrims to shelter under trees or the numerous tarpaulins which have been set up. Official figures issued late Saturday said the total number of pilgrims had risen to 1.8 million, with more than 1.3 million arrived from outside the kingdom. After sunset they will move to Muzdalifah, halfway between Arafat and Mina, to gather 49 pebbles for a symbolic stoning of the devil which begins Monday, in the last major rite of hajj. During that ritual in Mina last year, on September 24, a stampede killed roughly 2,300 people who were on their way to throw their stones at the Jamarat Bridge. Saudi Arabia issued a death toll of 769 but figures compiled from foreign officials in more than 30 countries gave a tally almost three times higher. Authorities announced an investigation into the disaster but no results have ever been released, although a number of safety measures have been taken. Among these is the distribution of a bracelet which stores pilgrims' personal data. Roads have also been widened in the Jamarat area, newspapers reported. Pilgrims have told AFP they feel safe and noticed organizational improvements. Saudi authorities deployed drones to watch over nearly 2 million pilgrims. The hajj ministry has said it had prepared a strict timetable for pilgrims from various countries to follow when leaving and returning to their accommodation. Authorities have also deployed drones to reinforce a network of electronic surveillance of the crowds that would alert authorities to intervene quickly if necessary.

On Sunday helicopters monitored the crowd flow while, on the ground, police on foot, motorbike, and all-terrain vehicles directed pedestrian movement. On the sacred hill itself, police sometimes had to use their bodies to block the flow of hajjis and avoid bottlenecks. Their boss, Crown Prince Mohammed bin Nayef, minister of interior and chairman of the hajj committee, was in Mina to help supervise "the services being provided to the pilgrims," the official Saudi Press Agency said. Despite the safety and security measures which Saudi Arabia says it has taken, Shiite Iran has angrily questioned the kingdom's custodianship of Islam's holiest places. Iran last year reported the largest number of stampede victims, at 464, and its 64,000 pilgrims are excluded for the first time in decades after the regional rivals failed to agree on security and logistics. However, Saudi Arabia has launched a Farsi-language satellite television channel broadcasting the hajj. The Saudi Minister of Culture and Information Adel al-Toraifi tells Saudi media that the channel is also being broadcast by radio to Iran, Iraq and Afghanistan, as well as via mobile phone applications and the internet. In remarks published by the official Saudi Press Agency on Sunday, al-Toraifi says the channel "aims to broadcast the message of hajj, the eternal meanings of Islam and what is being provided by the kingdom.... to pilgrims and visitors."
RELATED TOPICS