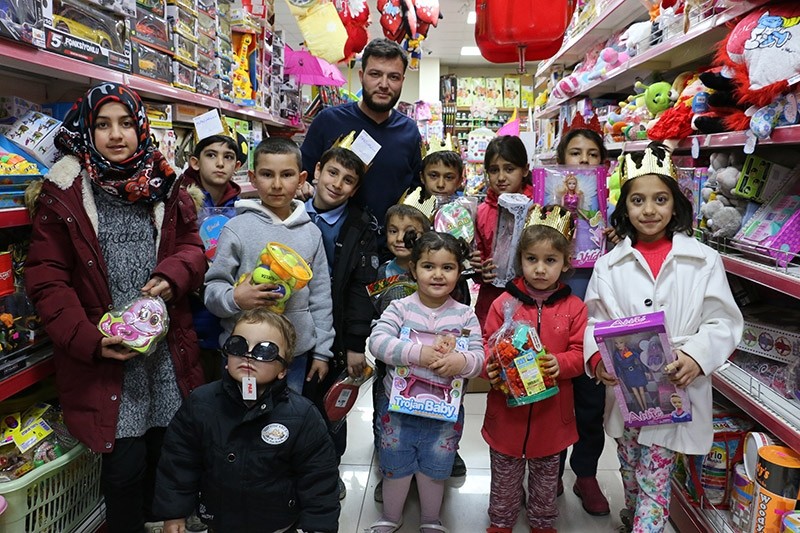 A toyshop owner in Turkey's central Anatolian province Konya is offering presents to children under the age of eleven who read the Arabic and Turkish interpretations of the "Asr" surah from the Quran.

Göktaş used social media to share the "Asr Surah Campaign" on social media in order to make the small children excited to come to his toyshop and to better understand the holy book.

Surprised that the campaign garnered so much attention, Göktaş told Anadolu Agency that he was very pleased with the outcome.

"A family came to the shop and pick up some toys for the children, but then had to put them back. When I saw that the child was very upset about the situation, I said 'I will give you whatever toy you want when you memorize the Arabic and Turkish version of the Asr surah,'" Göktaş said, explaining his inspiration for the campaign.

"The child arrived one day later, and he picked his desired toy after reciting the surah as well as its meaning. His friend said, 'Will you give me a toy as well if I memorize it?' I said yes, and thus our campaign started."

Göktaş explained that he is running this campaign to encourage children to read and understand the holy book. He said that he has been receiving congratulations and thank-you phone calls from all over the country.

The campaign seems to be working, and the incentive has given the children a new interest in reading the Quran. "The parents of the children have been calling us and explaining that their children are starting to read the Quran on their own at home thanks to the campaign," Göktaş continued.

"This makes us very happy. As long as the children come, this campaign will continue," he added.