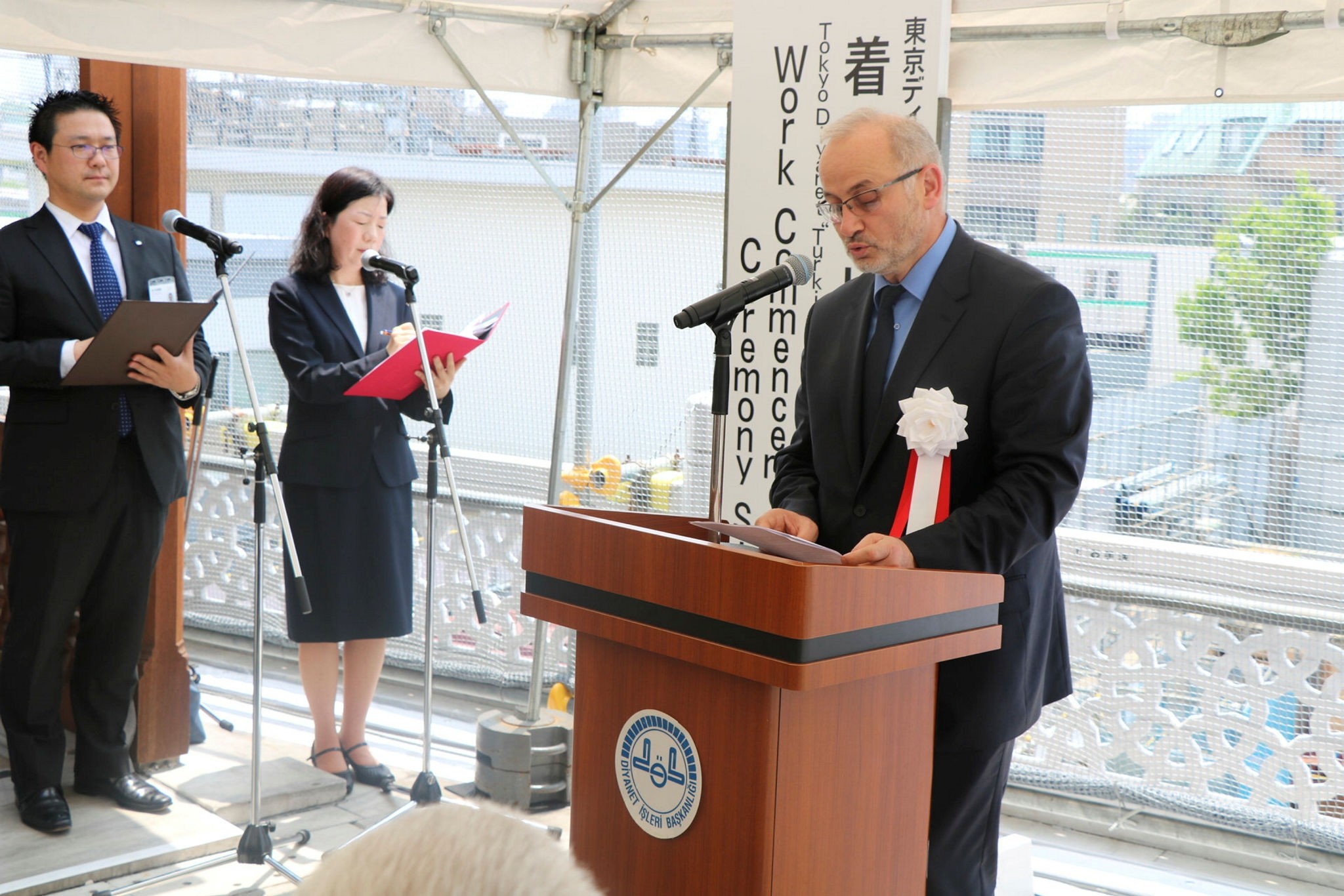 Turkey's top religious affairs body, Diyanet is set to build a Cultural Center in Tokyo to offer classes and activities about Islam and eastern arts for Japanese people.

Speaking at the ceremony, Diyanet's deputy head Prof. Yavuz Ünal said Turkey and Japan have developed a friendship that has exemplary nature to other nations.

"I believe that this center will contribute even more to the development of good relations between our peoples and cultures," Ünal emphasized.

Muhammed Raşit Alaş, Imam of Tokyo Mosque (also known as Tokyo Camii) told Anadolu Agency that Tokyo Diyanet Cultural Center will be constructed next to the mosque and the construction is planned to be completed in one and a half years.

He said the cultural center will be a four-story building and there will be a big library inside.

Alas added that a lot of Islamic sources in English and Japanese will be available in the library.

The Imam of Tokyo Mosque further said there will be classrooms and seminar halls, where lessons of Islamic teachings, gastronomy, Ebru art (Turkish paper marbling) and musical instruments will be held.

Tokyo Mosque, which is one of the largest mosques in Japan, was built by Turkey and it was opened in 2000.