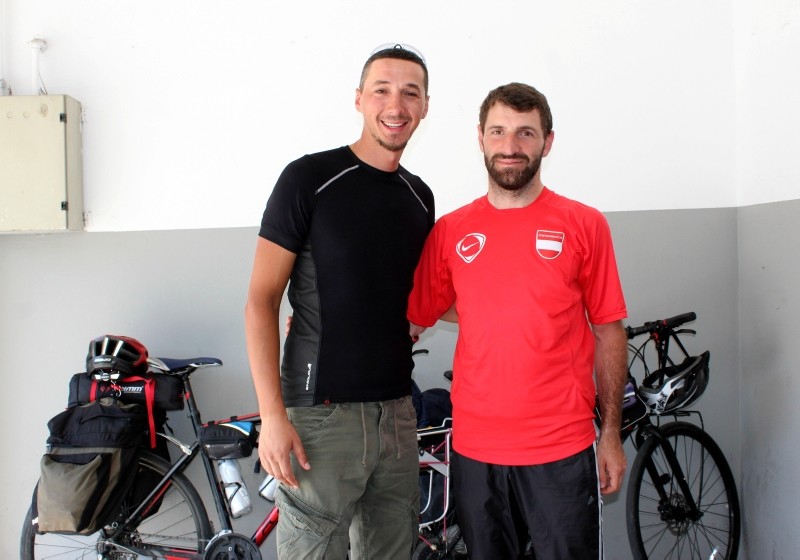 Lawyer Senad Idrisi and imam Amir Aslani started their journey from Tetovo in northern Macedonia and arrived in Istanbul after crossing through Albania and Greece.

The duo aim to reach the Masjid al-Haram and perform Hajj in Saudi Arabia's Mecca, the holiest place in Islam.

They aim to record their journey with a camera and pass it on to future generations as a memory.

Idrisi told Anadolu Agency that when they launched their trip, they had the intention of understanding Prophet Mohammed (PBUH) and Muslims in earlier ages, who performed their Hajj duties on foot.

The duo have prepared themselves for the journey for two years. After reaching Istanbul, they still have an additional 40-45 day trip before reaching Mecca.

Many people, primarily Macedonians, follow their journey on social media, Idrisi said, adding that their families support them in their trip.

He said that it's the first time a trip to Mecca is made riding bikes and added that they they aim to set an example for others.

Their route crosses three continents and six countries. From Turkey, they will cross the Mediterranean to Egypt with a ferry and continue cycling to Mecca over Jordan.