Solar System has at least two more planets waiting to be discovered: Astronomers 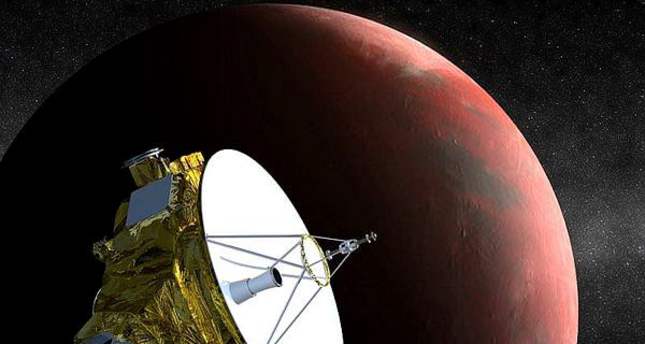 by Jan 19, 2015 12:00 am
The Solar System has at least two more planets waiting to be discovered beyond the orbit of Pluto, Spanish and British astronomers say.

The official list of planets in our star system runs to eight, with gas giant Neptune the outermost.

Beyond Neptune, Pluto was relegated to the status of "dwarf planet" by the International Astronomical Union in 2006, although it is still championed by some as the most distant planet from the Sun.

In a study published in the latest issue of the British journal Monthly Notices of the Royal Astronomical Society, researchers propose that "at least two" planets lie beyond Pluto.

Their calculations are based on the unusual orbital behaviour of very distant space rocks called extreme trans-Neptunian objects, or ETNOs.


In theory, ETNOs should be dispersed in a band some 150 Astronomical Units (AU) from the Sun.

An AU, a measurement of Solar System distance, is the span between Earth and the Sun -- nearly 150 million kilometres (almost 93 million miles).

ETNOs should also be more or less on the same orbital plane as the Solar System planets.

But observations of about a dozen ETNOs have suggested a quite different picture, the study says.

If correct, they imply that ETNOs are scattered much more widely, at between 150 and 525 AU, and with an orbital inclination of about 20 degrees.


To explain this anomaly, the study suggests some very large objects - planets - must be in the neighbourhood and their gravitational force is bossing the much smaller ETNOs around.

"This excess of objects with unexpected orbital parameters makes us believe that some invisible forces are altering the distribution" of the ETNOs, said Carlos de la Fuente Marcos of the Complutense University of Madrid.

"The exact number is uncertain, given that the data we have is limited, but our calculations suggest that there are at least two planets, and probably more, within the confines of our Solar System," the Spanish scientific news agency Sinc quoted him as saying.

"If it is confirmed, our results may be truly revolutionary for astronomy."


So far, there is no direct evidence to substantiate the theory.

Marcos's team, which includes astrophysicists at the University of Cambridge, devised a model based on changes previously observed in the orbit of a comet called 96P/Machholz 1 when it came near Jupiter, the biggest planet in the Solar System.

Based on this model, the movement of the ETNOs was consistent with one planet at nearly 200 AU and another at about 250 AU, they said.


Last year, the ALMA advanced telescope, located in Chile's bone-dry Atacama desert, found that planets in other star systems can form hundreds of AU from their sun.