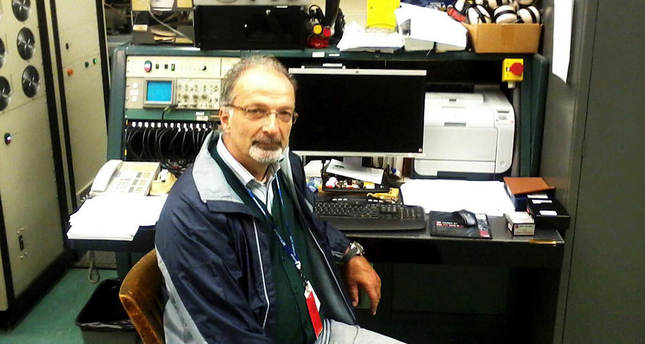 by Daily Sabah with DHA Jan 20, 2015 12:00 am
A Turkish-French scientist reported an earthquake five days before it happened by examining cloud moves and formations.

Ronald Karel, known for his research on ionized clouds, reported to NASA headquarters on January 12 that an earthquake measuring 5.0 on the Richter scale was expected in Turkey's Central Aegean-Eastern Marmara region within seven days, by examining satellite photographs. Karel pointed out that an earthquake would take place in the location where a large cloud formation is stable.

Karel, who has recently been appointed as a senior executive for the GeoCosmo Science and Research Center of American National Aeronautics and Space Administration (NASA), said that he was surprised that the scale of the earthquake was lower than his expectations; but that he is happy that there aren't any losses.

Ions dispersed into the lower atmosphere following stress can form ionized earthquake clouds if humidity is high, Karel said, adding that the moves of such clouds are not alike with meteorological clouds.

Karel said that a commission of 29 scientists study commission will be formed, and will be available in a couple of years to detect earthquakes early.