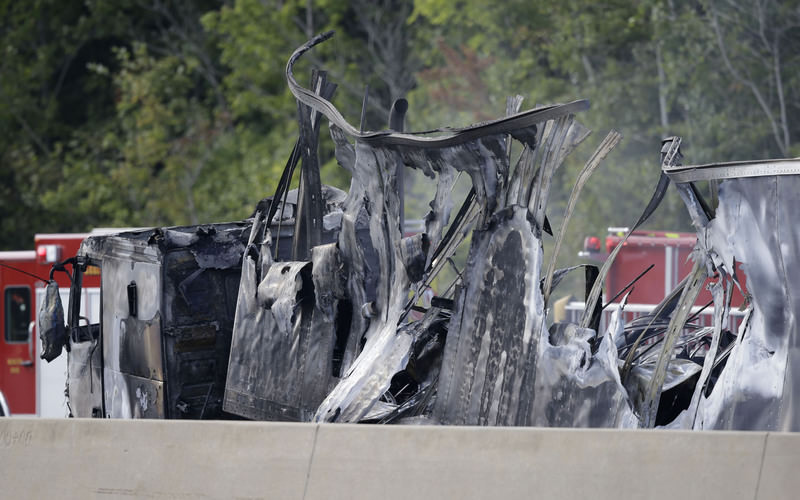 by reuters
Oct 03, 2015 12:00 am
Aiming to reduce dangerous explosions after plane crashes and truck accidents, scientists have developed a substance that can be added to fuel to curb formation of a fine mist that can erupt into a deadly fireball after a collision.

Researchers said on Thursday they had created a synthetic polymer that can suppress post-crash fuel mist by making fuel droplets fall like rain rather than remain suspended in the air. As a fuel additive, it did not lessen engine power or efficiency, but lowered soot formation, they said. The work focused on aviation and diesel fuel, not gasoline, which powers most cars and is very explosive.

California Institute of Technology chemical engineering professor Julia Kornfield, who led the study published in the journal Science, said she planned to investigate its effects in gasoline. Polymers are large, chain-like molecules made up of many smaller molecules linked together. They can be natural as in rubber, or synthetic as in plastics and resins. In this case, the synthetic polymers are extremely long and flexible. Kornfield said a typical long-haul diesel truck uses a 100-gallon (380-liter) tank packing the energy of more than 3 tons of TNT, and a 747 jumbo jet carries 50,000 gallons (190,000 liters) of fuel with energy topping 1,600 tons of TNT. When crashes occur, fuel tends to disperse into a fine mist that can explode into a fireball. "In civil aviation, fireballs reduce the number of survivors of plane crashes after a collision," Kornfield said, citing a 2008 Spanair crash in Madrid in which the airliner barely got off the ground but only 18 of the 172 people on board survived after a fuel explosion. On roadways, fuel-mist control might reduce deaths in crashes between trucks and buses that produce a fireball like one in 2014 near Orland, California, that killed 10 people, Kornfield said.

She said it was not necessary to prevent misting entirely. "It is sufficient to shift the drop size distribution from a few microns - say, the size of a blood cell - to 50 microns - say, half the width of a hair." At that larger size, the droplets settle 100 times more quickly.

Kornfield said it could become commercially available in diesel fuel within two years. She noted the Federal Aviation Administration approval process for aviation fuel additives took five to seven years. The additive would add about 6 cents a gallon to the cost of fuel.