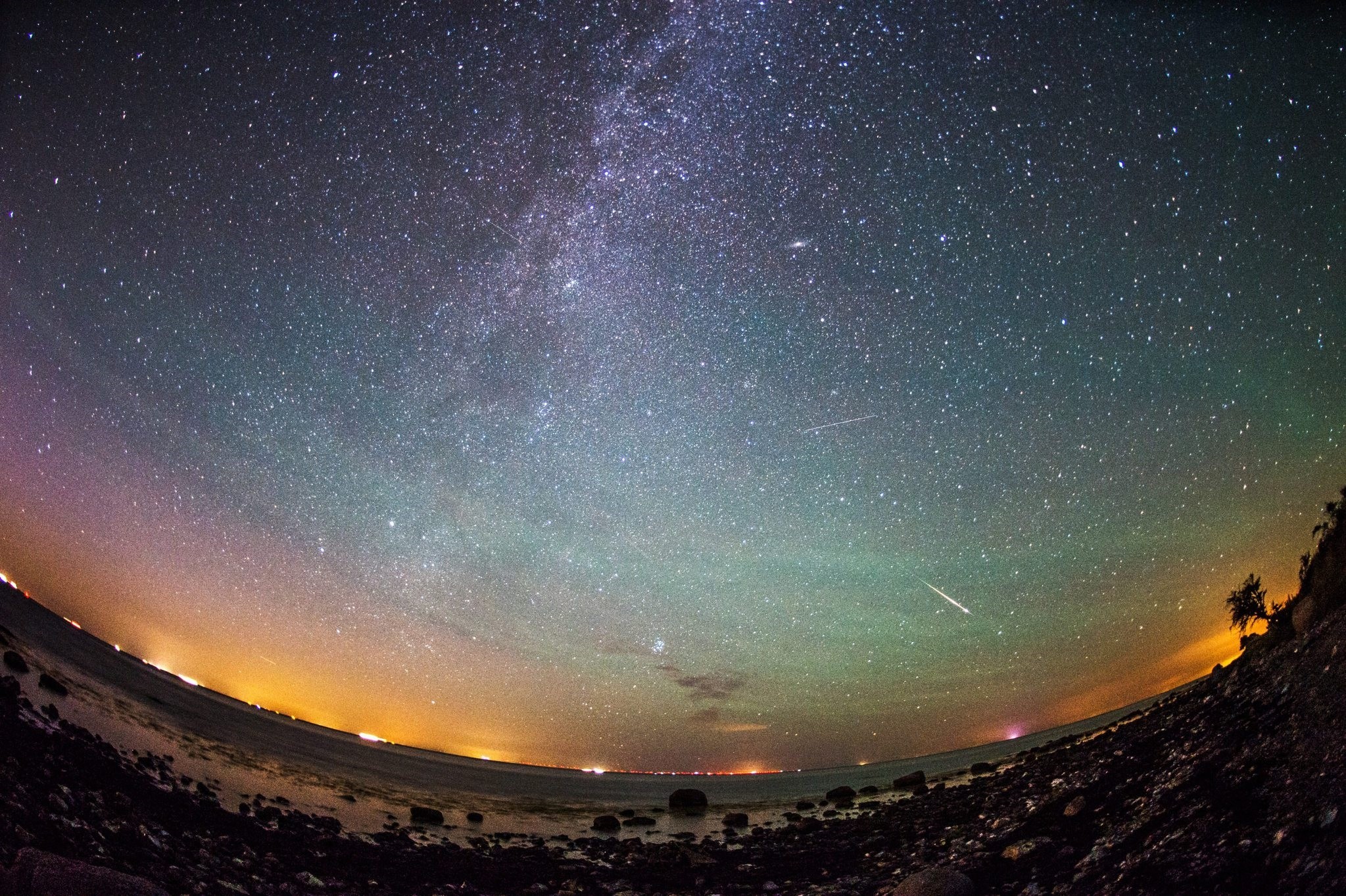 Meteors from the Perseid meteor swarm burn up in the atmosphere as our own galaxy, the Milky Way, is seen in the clear night sky over the German island of Fehmarn, Germany, early 13 August 2015. (EPA Photo)
by Aug 09, 2016 12:00 am

Northern hemisphere sky-gazers are in for a special treat on Thursday night with a rare shooting star "outburst", which astronomers hope will not be marred by clouds and a bright Moon.

For about an hour around 2300 GMT, there will be more than double the usual fireball activity associated with the annual Perseid meteor shower.

"There will be 200 or maybe as many as 300 (shooting stars) per hour," observed from a very dark site, astronomer Mark Bailey of the Armagh Observatory in Northern Ireland told AFP.

"This outburst, as we call it... doesn't last that long. It might last an hour or a couple of hours," he said.

Normally, the Perseids regale Earthlings with a show of about 100-120 shooting stars per hour.

The event builds up over about two weeks, peaking in mid-August.

"Some years are better than others... and then there are exceptional years like this year," Bailey said.

The Perseids happen when Earth hits a wide belt of debris left behind by the comet Tuttle-Swift on its elongated, 133-year orbit around the Sun. 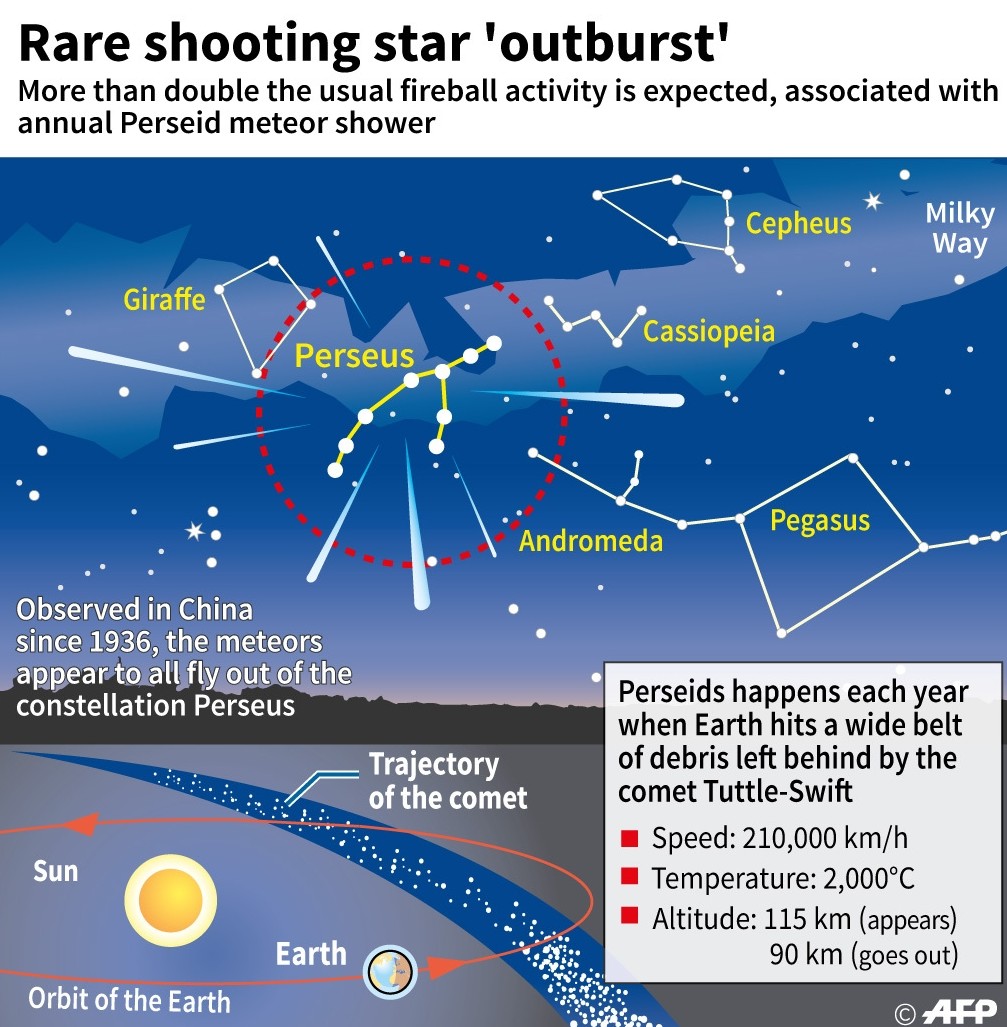 Each meteor is a piece of broken-off comet, which explodes as it hits Earth's atmosphere.

Within the broad belt of debris there are also denser dust ribbons created when the comet passes closest to the Sun in its orbit -- a juncture called perihelion.

"The meteors you'll see this year are from comet flybys that occurred hundreds if not thousands of years ago," NASA meteoroid expert Bill Cooke said in a statement.

"And they've travelled billions of miles before their kamikaze run into Earth's atmosphere."

However, there is no risk to our planet.

In fact, astronomers' main concern is the weather, with cloud cover predicted for parts of Europe.

There is also the dimming impact of our own satellite -- the Moon -- which will be in a bright phase, making it harder to observe the sharp but short-lived bursts of meteors exploding.

"It is unfortunate that it is in a waxing phase," said Bailey. "So we should really be observing after moonset" -- some 30 minutes into the outburst.

He advised people to get as far away from clouds and electric light as possible in order to enjoy the show.

No telescope or special equipment is needed.

"Wrap up warm, be prepared to sit comfortably on a deck chair or whatever, a glass of wine in your hand maybe, and then allow time for your eyes to become accustomed to the dark," which can take as long as 20 minutes, Bailey said.

The next mega-outburst of the Perseids is predicted to occur on August 12, 2028, and will feature the dust trail produced by the comet during its 1479 perihelion passage.

The yearly show got its name because the stars appear to fly out of the constellation Perseus, visible in the Northern Hemisphere.

It is also known as "tears of St. Lawrence" in honour of a Christian saint tortured to death by the Romans in AD 258.

According to legend, Laurentius was martyred on a iron grill over a fire, during which ordeal he is said to have quipped to his persecutors: "Turn me over. I'm done on this side!"

He is a patron saint of cooks.