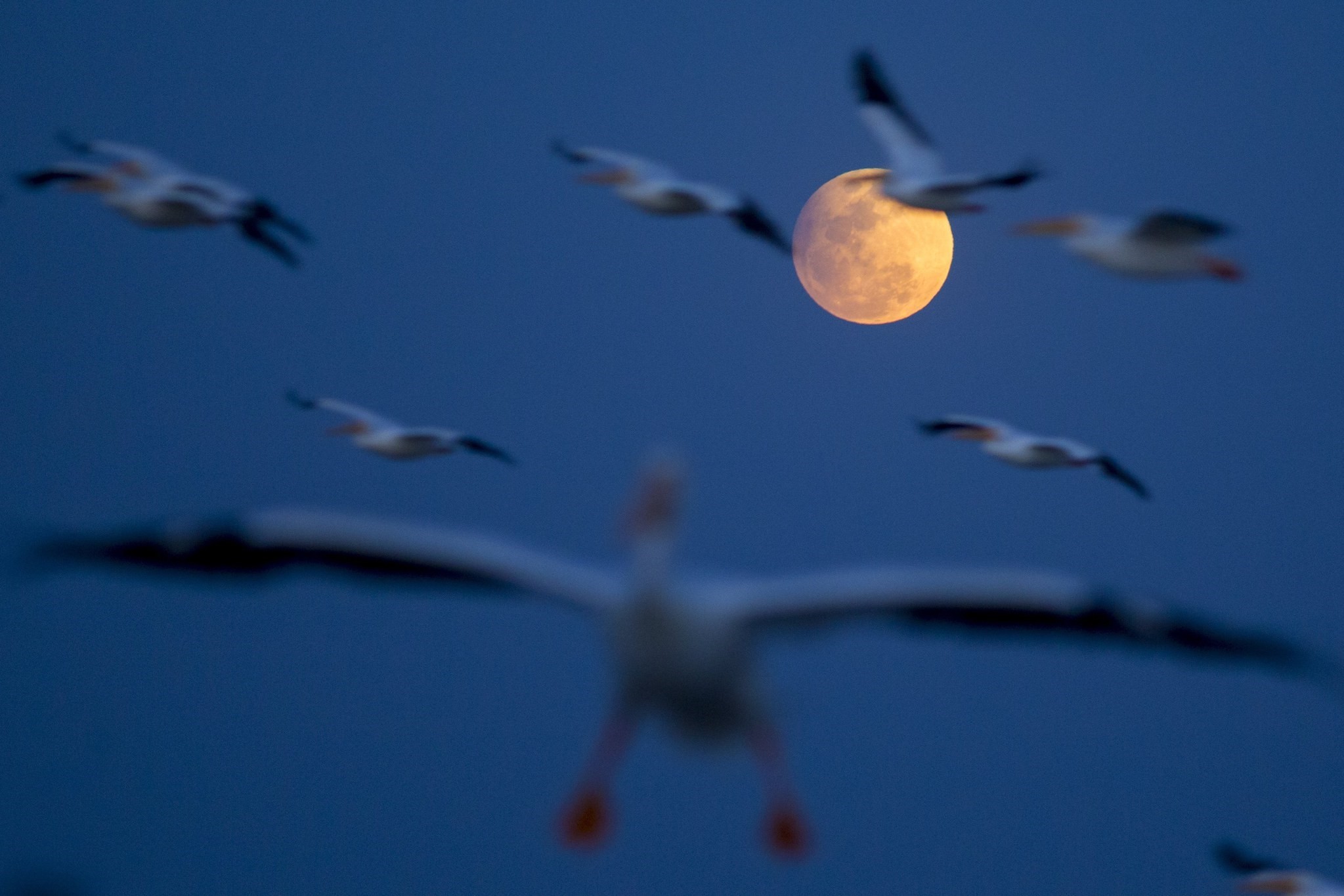 A full moon and comet shared a double billing in a special night sky show this weekend.

A lunar eclipse started everything off Friday night, after passing into Earth's outer shadow, or penumbra. The moon, however, was not fully blacked out like in a full eclipse. Only part of the moon was shaded, but was easily visible from much of the world.

The eclipse, beginning at 5:32 p.m. EST, lasted about four hours.

The comet, glowing green, was visible in the constellation Hercules.

Stargazers have been tracking Comet 45P for the past couple of months. The ice ball — an estimated mile across — comes around every five years. It's officially known as Comet 45P/Honda-Mrkos-Pajdusakova, named after the Japanese, Czech and Slovak astronomers who discovered it in 1948. The letter P stands for periodic, meaning it's a recurring visitor to the inner solar system.

The Slooh network of observatories provided a live broadcast from the Canary Islands for both big events.