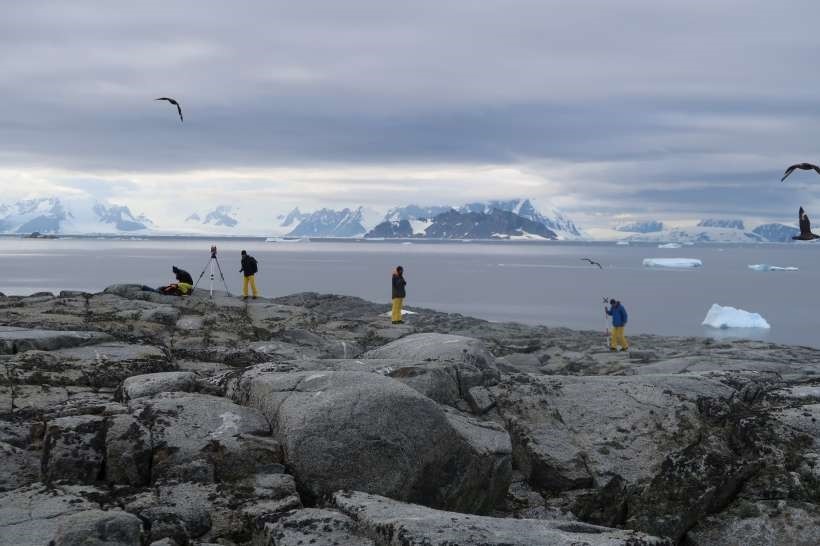 Turkish team plans to expand the number of its researchers for its Antarctica mission during its next visit to the remote continent in December this year, according to the leader of the Turkish scientists team.

Istanbul Technical University's Burcu Ozsoy told Anadolu Agency on Thursday there were plans to carry out a more comprehensive and longer second feasibility work in December.

"We aim to establish a green base. In the first stage, it would be ideal that 20 to 25 scientists work at the Turkey Scientific Research Base," Ozsoy said.

The Turkey Scientific Research Base will operate under the Turkish Science, Industry and Technology Ministry.

Ozsoy said the team had completed its initial feasibility study on Antarctica and the location of the Turkish base in the continent would be clarified in the second visit.

An estimated 100 scientific research bases have been established in Antarctica since 1930s. She said the Turkish team had visited Chilean, Argentinian, Chinese, Ukrainian, Russian and British bases during their earlier mission.

"We aim to establish a green base. There will be a cost in respect to the standards and aims that we [are] determined [to achieve]," she added.

About the number of scientists she expects to work at the Turkish base, she said: "The U.S. can deploy up to 1,000 people in one base while another country's base may have 10 scientists.

"In the first stage, it would be ideal that 20 to 25 scientists work at the Turkey Scientific Research Base," she said.

A team of nine scientists set off for the continent on Feb. 24 this year to conduct feasibility studies in the frozen wilderness and returned to Turkey on April 4.

In April last year, in a historic first, a team of 14 Turkish researchers, including medical doctors, botanists, survey and geological engineers, and oceanographers from seven Turkish universities went to Antarctica on a scientific mission to study the impact of climate change.