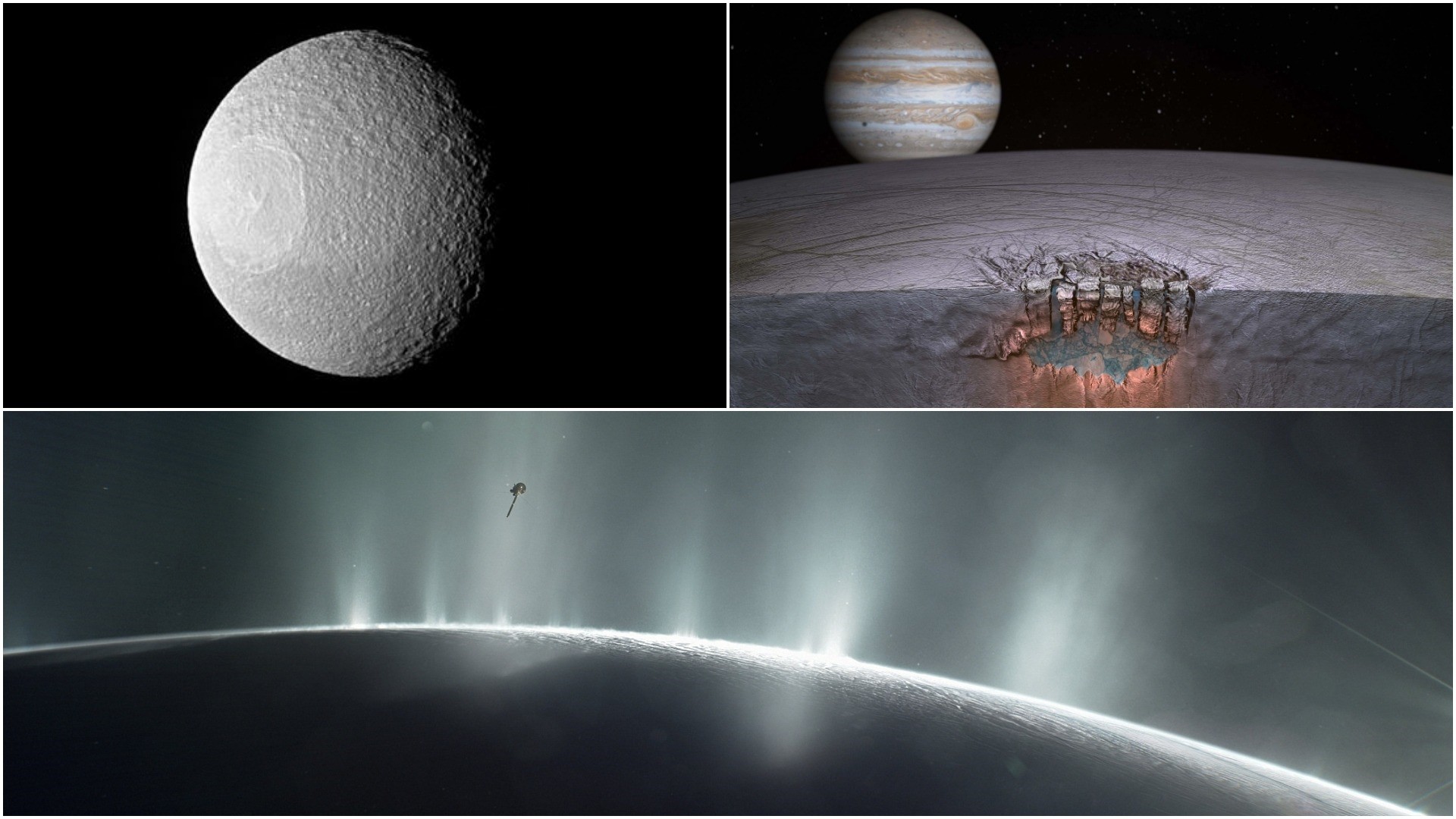 Two moons - one of Saturn, the other of Jupiter - show evidence of the ingredients needed to support life, NASA said on Thursday.

The findings on Saturn's moon Enceladus were captured by the Cassini space probe, which has been orbiting Saturn for 13 years. The findings on Jupiter's moon Europa were discovered by the Hubble telescope, NASA said at a news conference in Washington.

NASA scientists said huge plumes spewing gases on the surface of Enceladus indicate the presence of hydrogen gas, which could potentially provide a chemical energy source for microbial life. The source of the plumes is hydrothermal activity on the floor of an Enceladus ocean.

Researchers with the Cassini mission said ample hydrogen in the ocean of Enceladus means that microbes - if any exist there - could use it to obtain energy by combining the hydrogen with carbon dioxide dissolved in the water.

On Jupiter's moon Europa, the Hubble telescope observed "probable" plumes erupting last year, indicating what they believe is a form of chemical energy that life can feed on. These were observed at the same location where Hubble saw evidence of a plume in 2014.

The images from Europa bolster evidence that its plumes could be a real phenomenon, flaring up intermittently in the same region, NASA said.

"This is the closest we've come, so far, to identifying a place with some of the ingredients needed for a habitable environment," said Thomas Zurbuchen, associate administrator for NASA's Science Mission Directorate.