Einstein would be proud! Astronomers prove that stars can warp light 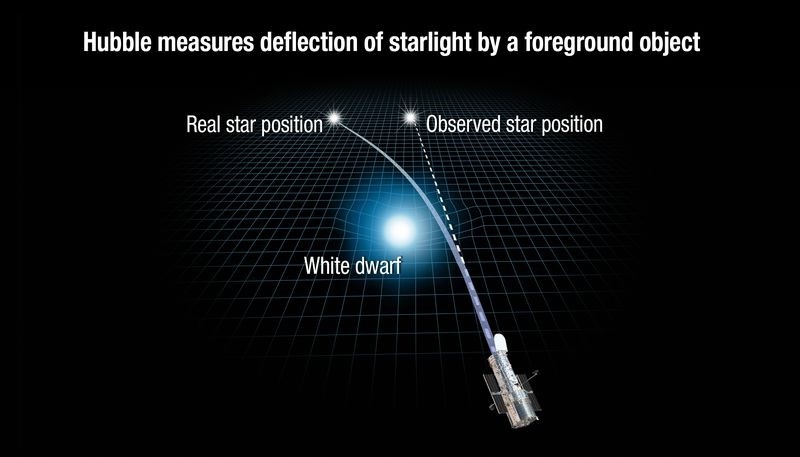 Astronomers announced Wednesday they have for the first time observed a star warp the light emitted by another.

The distortion made it appear as if the warped light star had moved in the sky. For astrophysicists, it is a huge breakthrough that proves a prediction Albert Einstein made in 1936.

Einstein, however, said he believed the phenomenon could never be actually observed by scientists.

By using Einstein's theories and high resolution images captured by NASA's Hubble Space Telescope, scientists were able to weigh a distant star, a white dwarf called Stein 2051 B. The team measured the mass of the star by observing how it bent the light of the stars behind it.

Einstein predicted the method and called it "gravitational microlensing", but he noted in a 1936 that because stars are so far apart, "there is no hope of observing this phenomenon directly". 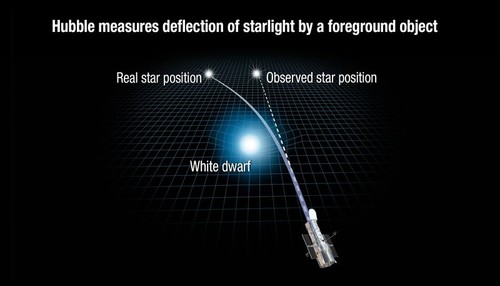 Technology has improved exponentially in the past 80 years and scientists are now directly observing Einstein's theories in the vast chasms of the universe.

Einstein also predicted ripples in space-time called "gravitational waves" that have only recently been observed.

The international team behind the discovery published its findings in the journal Science.

"Einstein would be proud," according to Terry Oswalt of Embry-Riddle Aeronautical University in Florida, who authored a companion piece to the study. "One of his key predictions has passed a very rigorous observational test. When a star in the foreground passes exactly between us and a background star, gravitational microlensing results in a perfectly circular ring of light - a so-called 'Einstein ring," he said in a statement.

The discovery will also help astronomers better measure the universe now that they know they can calculate the mass of a star based on how it effects the starlight from others, even if they are far away.