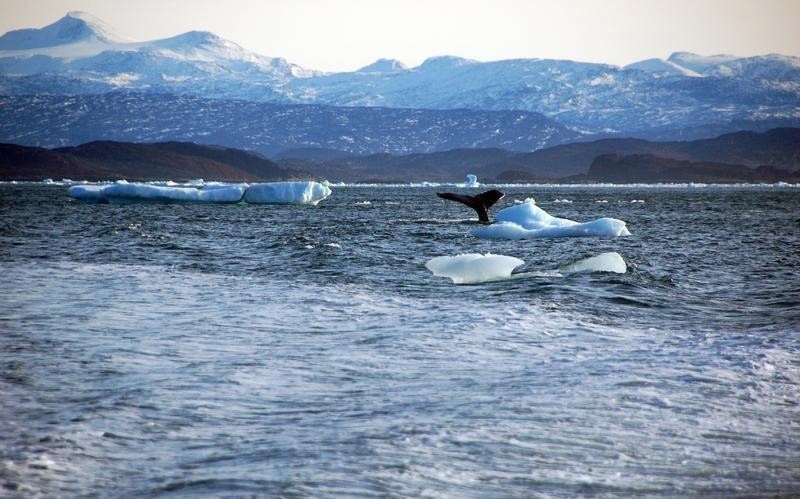 Ozone holes in the upper atmosphere around Earth's poles have been healing in recent years, but they are not recovering at lower populated latitudes, a scientific study published on Tuesday said.

The study said ozone was still decreasing between 60 degrees North and 60 degrees South, which includes everywhere from Russia in the north to the below south Australian bottom in the south.

Berlin is situated at 52 degrees North, while Sydney is at 33 degrees South.

The unexpected decreases in part of the atmosphere may be preventing recovery at lower latitudes, said the findings published in the European Geosciences Union journal Atmospheric Chemistry and Physics.

"The finding of declining low-latitude ozone is surprising since our current best atmospheric circulation models do not predict this effect," said William Ball, the leader of the analysis.

Although the researchers do not have an explanation of exactly why it was happening, they suggest that blame may rest with climate change altering the pattern of atmospheric circulation, causing more ozone to be carried away from the tropics.

The other possibility could be the presence of short-lived ozone-destroying chemicals containing chlorine and bromine, which are found in solvents, paint strippers and degreasing agents.

Ozone is a substance produced in tropical latitudes and distributed around the globe's atmosphere. It is formed in the stratosphere that is between 10 and 50 kilometers above the troposphere in which humans live.

The ozone layer absorbs much of the harmful ultraviolet radiation from the sun, which could otherwise harm plants, animals and humans.

Scientists established in the 1970s that chemicals called CFCs (Chlorofluorocarbons) used in refrigeration, aerosols and other products, were destroying ozone in the stratosphere, with the worst effect seen in the Antarctic, where an ozone "hole" had formed.

The Montreal Protocol in 1987s led to the phase-out of CFCs. It helped the ozone layer in the Antarctic recover.

"Ozone has been declining globally since the 1980s, but while the banning of CFCs is leading to a recovery at the poles, the same does not appear to be true for the lower latitudes," said Joanna Haigh, the co-author of the study and co-director of the Grantham Institute at Imperial College London.

"The potential for harm in lower latitudes may actually be worse than at the poles. The decreases in ozone are less than we saw at the poles before the Montreal Protocol was enacted, but UV radiation is more intense in these regions and more people live there."

The researchers said the focus now should be on getting more precise data on the ozone decline and the causes of slowing determinants.

"This study is scary. Until we understand what's really happening you'd be silly to sun yourself, except in polar regions," Bill Laurance, a professor at James Cook University in Australia, said.

"The era of suntanning could be over; we might be entering the age of the unfailing sunburn."

Ian Lowe, a professor at Griffith University, said the finding should be "another urgent reminder that we must scale back our assault on natural systems to achieve our stated goal of living sustainably."

"Since we have known for more than forty years that a group of chemicals weakens the ozone layer, which protects all life from damaging ultra-violet radiation, phasing these chemicals out completely should be a high priority," he said in a statement.

"What this new paper is saying is that the hole in the ozone layer, predicted to be completely repaired by around 2060, has a whole section that's not repairing itself. And they want to know why!" said Paul Read with the Melbourne Sustainable Society Institute.

"Although the authors suggest otherwise, this paper could be a challenge to the effectiveness of the Montreal Protocol."

"It took a whole world effort to ban CFCs - every country and every industry... estimates say it's already saved many more than 280 million lives," Read said.