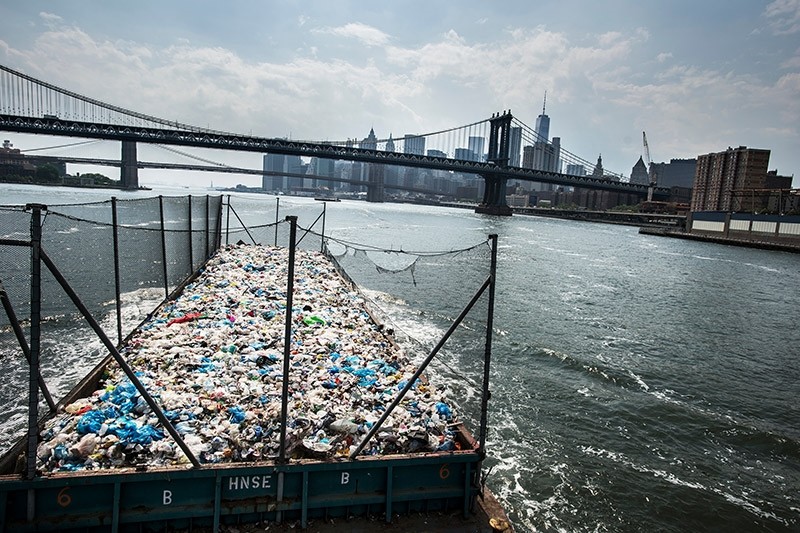 Scientists in Britain and the United States say they have engineered a plastic-eating enzyme that could in future help in the fight against pollution.

The enzyme is able to digest polyethylene terephthalate, or PET - a form of plastic patented in the 1940s and now used in millions of tons of plastic bottles. PET plastics can persist for hundreds of years in the environment and currently pollute large areas of land and sea worldwide.

Researchers from Britain's University of Portsmouth and the U.S. Department of Energy's National Renewable Energy Laboratory made the discovery while examining the structure of a natural enzyme thought to have evolved in a waste recycling center in Japan.

Finding that this enzyme was helping a bacteria to break down, or digest, PET plastic, the researchers decided to "tweak" its structure by adding some amino acids, said John McGeehan, a professor at Portsmouth who co-led the work.

This led to a serendipitous change in the enzyme's actions - allowing its plastic-eating abilities to work faster.

"We've made an improved version of the enzyme better than the natural one already," McGeehan told Reuters in an interview. "That's really exciting because that means that there's potential to optimize the enzyme even further."

The team, whose finding was published on Monday in the Proceedings of the National Academy of Sciences journal, is now working on improving the enzyme further to see if they can make it capable of breaking down PET plastics on an industrial scale.

"It's well within the possibility that in the coming years we will see an industrially viable process to turn PET, and potentially other [plastics], back into their original building blocks so that they can be sustainably recycled," McGeehan said.

Independent scientists not directly involved with the research said it was exciting, but cautioned that the enzyme's development as a potential solution for pollution was still at an early stage.

"Enzymes are non-toxic, biodegradable and can be produced in large amounts by microorganisms," said Oliver Jones, a Melbourne University chemistry expert. "There is strong potential to use enzyme technology to help with society's growing waste problem by breaking down some of the most commonly used plastics."

Douglas Kell, a professor of bioanalytical science at Manchester University, said further rounds of work "should be expected to improve the enzyme yet further".

"All told, this advance brings the goal of sustainably recyclable polymers significantly closer," he added.