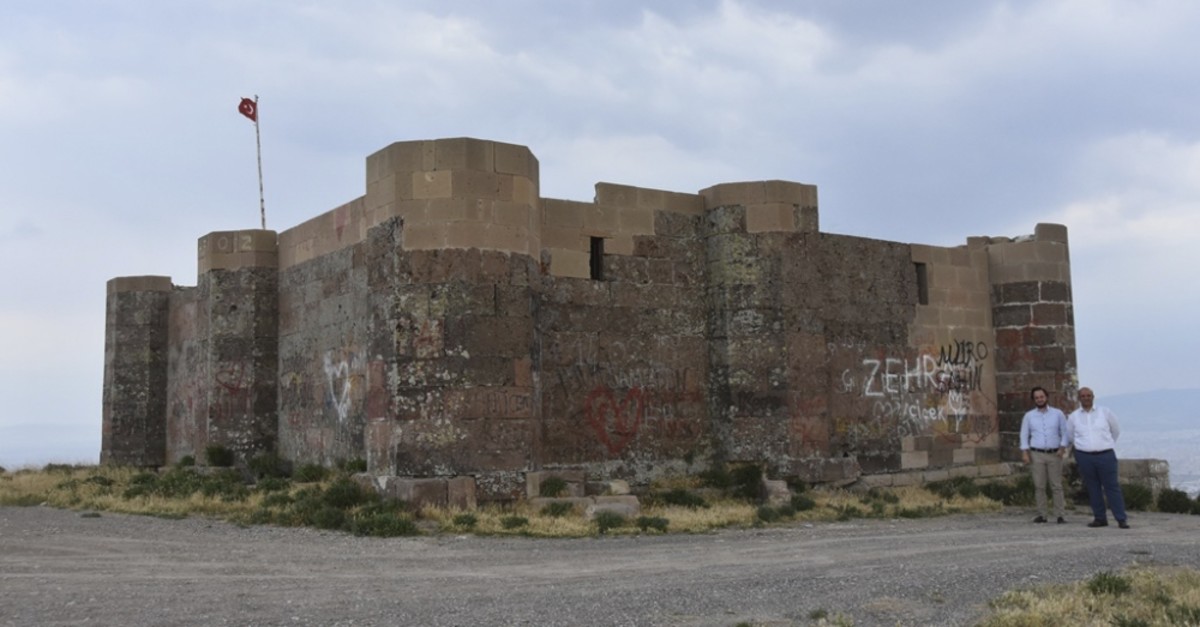 The Hızır İlyas Mansion in Kayseri province, which was built by the order of the Seljuk Sultan Ghiyath al-Din Kaykhusraw II, will be presented for use by the public after being restored and turned into an observatory by Kocasinan Municipality.

According to a statement from the Kocasinan Municipality, the tender of the Hıdırellez Observatory Project, which is planned for the 800-year-old mansion, continues. It is known that the building, which dates back to the 13th-century Seljuk period, was used as a hunting lodge for a period and then as a health center.

In the statement, Kocasinan Mayor Ahmet Çolakbayrakdar stressed that they have been conducting extensive work in order to protect and sustain the cultural heritage and to transfer it to the next generation. Noting that they will bring the Hızır İlyas Mansion back into use with restoration work, Çolakbayrakdar continued, "We will complete the work in this place for which our citizens are waiting impatiently to be completed in the shortest possible time. We will sustain our work to protect our historical treasures and to transfer them to the next generation."

Kocasinan Municipality Urban Design Director Coşkun Pınar also reported, "It is known that this construction, which was designed as a hunting lodge, was used as a health center in the later periods. We, along with Kocasinan Municipality, seek to sustain our history and have completed the projects. Our project was approved by the Kayseri Regional Directorate of Cultural and Natural Heritage. In the next period, we will make its tender. It will be a structure where the stars and planets can be observed."