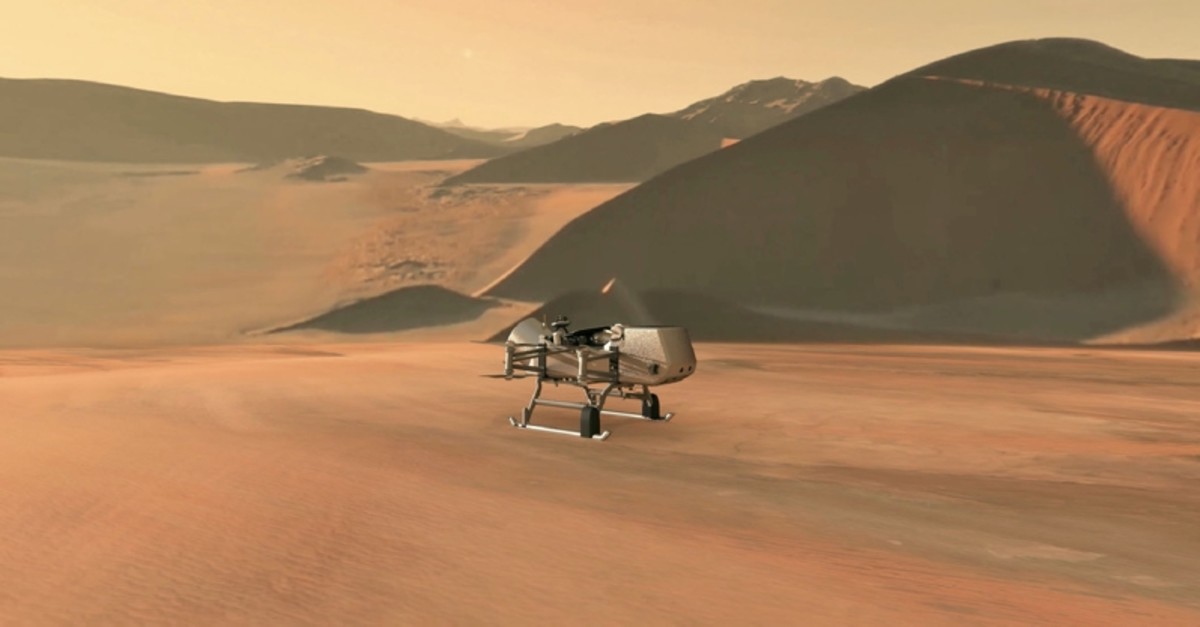 Get ready to see another world from the eyes of a dragonfly at least, a robotic one.

NASA said Thursday that it's sending a drone called Dragonfly to explore Saturn's largest moon, Titan. Using propellers, the drone will fly and land on several locations on the icy moon to study whether it can support microbial life.

The nuclear-powered mission is part of NASA's competitive New Frontiers program, which launched the New Horizons spacecraft that became the first to visit dwarf planet Pluto.

Dragonfly beat out nearly a dozen proposed projects, including a mission to collect samples from a nearby comet. The drone is slated to launch in 2026 and arrive at Titan in 2034. The plan is to land on some of Titan's dunes and later on a crater.

"What really excites me about this mission is that Titan has all the ingredients needed for life," said Lori Glaze, director of NASA's planetary science division.

Titan is a haze-covered world with a thick atmosphere. The moon has lakes of methane, mountains of ice and an ocean below the surface, making it an attractive place to explore whether its environment can support primitive life.

"We are absolutely thrilled, and everyone is just raring to go and take the next steps in exploring Titan," said project leader Elizabeth Turtle of Johns Hopkins University Applied Physics Laboratory in Laurel, Maryland. She added:

Titan was last studied by the international Cassini-Huygens mission. In 2017, the Cassini spacecraft plunged into Saturn, ending two decades of exploration.