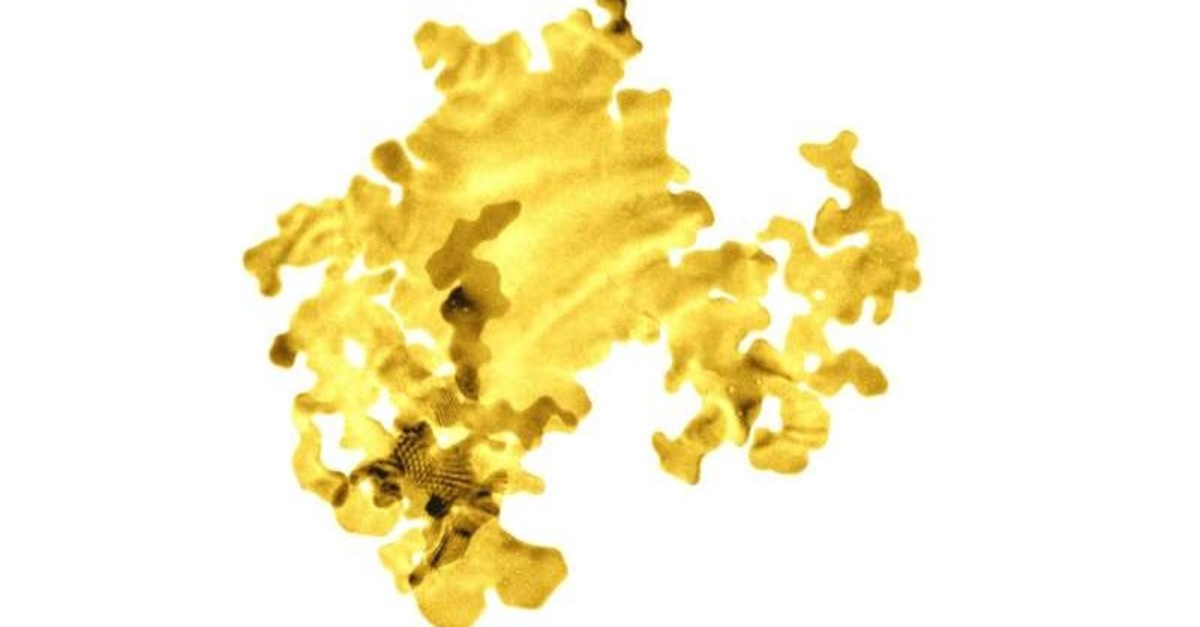 A group of scientists has created a new form of gold which is a million times thinner than a human fingernail, making it the world's thinnest-ever unsupported gold.

The gold was produced by researchers at the University of Leeds in the United Kingdom, and the thickness of the precious metal was measured as 0.47 nanometers, or just two atoms thick as the scientists put it, according to a study published Tuesday in the journal Advanced Science.

Sunjie Ye, head of the research team, said that the method used in the production of gold could be an important invention for producing nano-materials.

Naming the gold they created "golden algae", Ye said they gave the name because of its greenish hue under water and the similarities between its shape and that of an algae's.

The gold was revealed to be a two-dimensional product, which would make it ideal to be used in medical products or in the electrics and informatics industry. The fact that gold can speed up chemical reactions, has high electrical conductivity and is a non-reactive metal that never reacts with oxygen — in other words doesn't rust or tarnish — makes it even more attractive as a material that could be used in a wide range of industrial processes.

The scientists also said that the world's thinnest gold can be used in forming the basis of artificial enzymes used in systems such as medical test equipment and water treatment systems where rapid diagnosis is needed.

Professor Stephen Evans, who is an adviser to the study, said the gold nanosheet could have the same function as large-scale gold used in different sectors, which could provide significant economic advantages when it comes to a precious metal like gold.