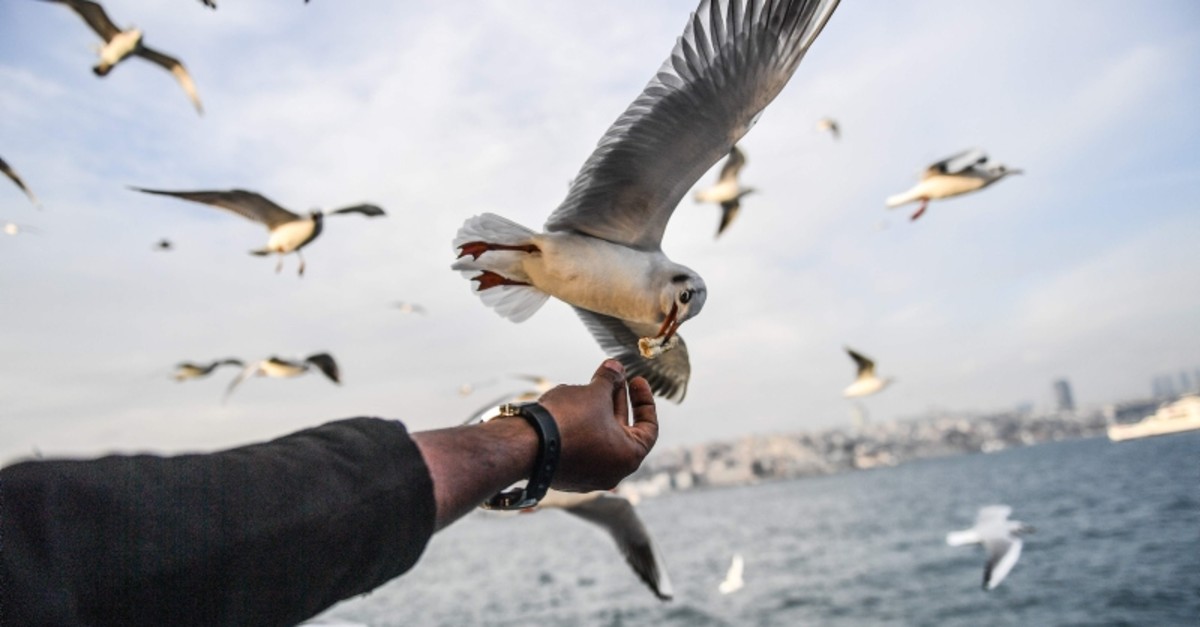 If you want to save your lunch from pesky gulls, staring them down may do the trick, researchers in the U.K. found.

Scientists from the University of Exeter conducted experimental research on herring gulls, the results of which was published on the university's website on Wednesday.

The research team first put a bag of chips on the ground and waited for the gulls – which are known for stealing human food – to come and take them.

When a person stared at the gulls, it took an average of 21 seconds longer for the birds to approach the chips, according to the research.

Some seagulls couldn't strike up the courage at all under any circumstances, with most of the 74 birds that were observed deciding not to take the risk at all and flying away.

Out of 27 seagulls who attempted to swipe the chips, only 19 tried it under a steady stare.

The study's lead author, Madeleine Goumas of the Center for Ecology and Conservation, said that since the gulls are often seen as aggressive and willing to take food from humans, "it was interesting to find that most wouldn't even come near during our tests."

"Of those that did approach, most took longer when they were being watched. Some wouldn't even touch the food at all, although others didn't seem to notice that a human was staring at them," Goumas said.

She added that they did not examine why individual gulls were so different but, "It might be because of differences in 'personality' and some might have had positive experiences of being fed by humans in the past – but it seems that a couple of very bold gulls might ruin the reputation of the rest."

Neeltje Boogert, one of the senior authors, also said that since seagulls learn very quickly, "if they manage to get food from humans once, they might look for more."