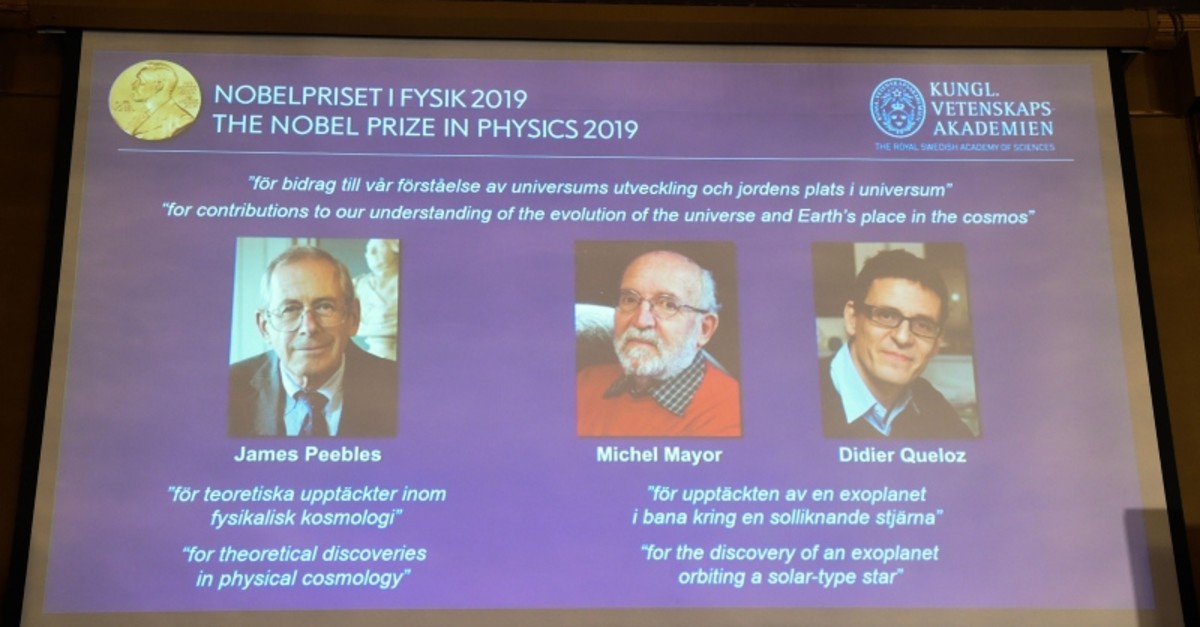 A screen displays the portraits of the laureats of the 2019 Nobel Prize in Physics (AFP Photo)
by Compiled from Wire Services Oct 08, 2019 1:02 pm

The 2019 Nobel Prize in Physics will be shared by James Peebles, Michel Mayor and Didier Queloz for their research into the universe's history and structure, the Royal Swedish Academy of Sciences says.

One-half of the prize went to James Peebles, a dual citizen of Canada and the US, "for theoretical discoveries in physical cosmology" and the other half was awarded jointly to Swiss scientists Michel Mayor and Didier Queloz "for the discovery of an exoplanet orbiting a solar-type star."

"This year's laureates have contributed to answering fundamental questions about our existence," the academy says.

This year, the Nobel week will include an award in chemistry — to be announced Wednesday — two literature laureates, the coveted Nobel Peace Prize and the economics award.

The 2018 literature prize was suspended after a scandal rocked the Swedish Academy. The body plans to award it this year, along with announcing the 2019 laureate.