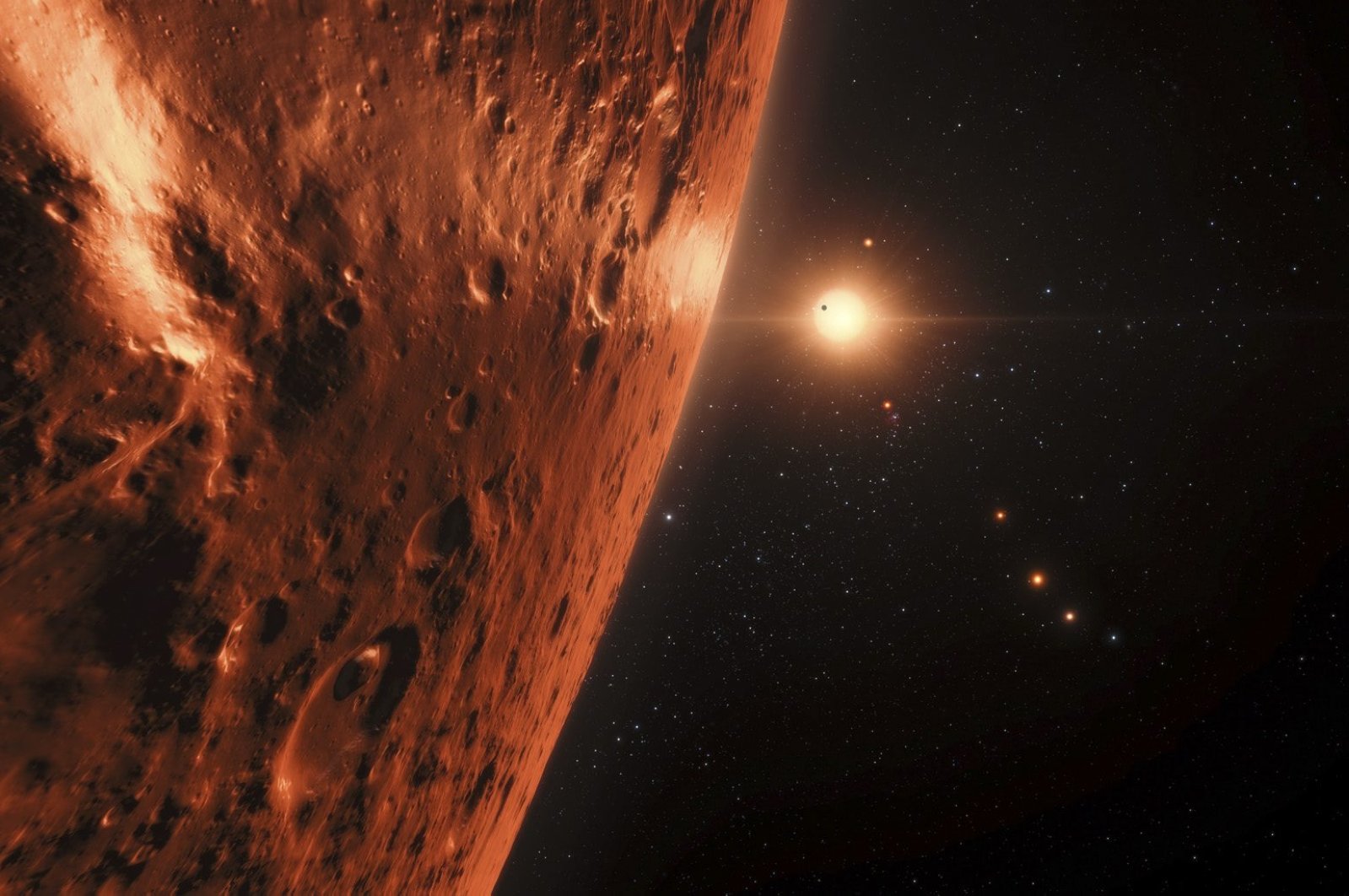 This handout artistís impression released by the European Southern Observatory on February 22, 2017 shows the view just above the surface of one of the planets in the TRAPPIST-1 system. (AFP Photo)
by Anadolu Agency - AA
May 11, 2020 6:08 pm

Astronomers in New Zealand have discovered a new "one in a million” super-Earth planet.

According to a report by India-based technology news website TechExplorist, scientists at the University of Canterbury discovered the planet by using a microlensing technique. The details of the study were published in The Astronomical Journal.

The planet, named OGLE-2018-BLG-0677, was first observed in 2018 using a telescope in Chile, and later through three identical telescopes in Chile, Australia, and South Africa, reported TechExplorist.

"The planet would have a mass somewhere between that of Earth and Neptune. It would orbit at a location between Venus and Earth from the parent star. The host star is expected to have a smaller mass than our Sun, the planet would have a ‘year’ of approximately 617 days,” TechExplorist wrote.

Head of the research team Herrera Martin said: "The combined gravity of the planet and its host star caused the light from a more distant background star to be magnified in a particular way,” adding: "We used telescopes distributed around the world to measure the light-bending effect.”