Galatasaray is on a roll... 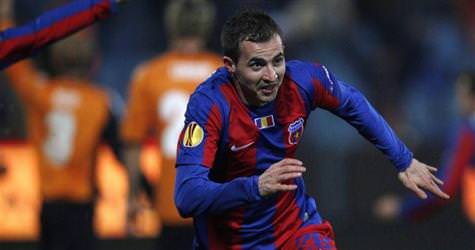 Galatasaray is having a busy day. Tonight new Colombia goalkeeper Zapata arrives in Istanbul, the club is finalizing the details in order to transfer Kasımpaşa’s Yekta Kurtuluş and now they are also signing young striker Bogdan Stancu from Steaua Bucharest.

Stancu is coming!
Gheorghe Hagi said, "I'm also waiting on a striker," and the Galatasaray administration took action to seal the deal with Steaua Bucharest forwards Bogdan Stancu.
After experiencing 180 minutes without the joy of a single goal, Galatasaray technical director Hagi made an announced that he was also expecting to sign a new striker which resulted in a 'forward summit' held yesterday.
Club President Adnan Polat, Sporting Director Adnan Sezgin and the Romanian technical director convened to reach a consensus on Steaua Bucharest forward Bogdan Stancu upon Hagi's insistence.
After the meeting, Hagi managed to convince Stancu, while Adnan Sezgin made contact with the Romanian club's owner Gigi Becali. Becali bargained for a six million Euro transfer fee, to which Galatasaray responded with, 'Yes' and the transfer negotiations for Stancu reached its final stage.
STANCU ANNOUNCMENT MADE BY GIGI BECALI
Gigi Becali released the news of the 23-year-old player's plans to play for Galatasaray to the Romanian sports daily ProSport last night, by stating the following, "It is just a matter of moments before Stancu signs on to play with Galatasaray. Galatasaray's technical director Gheorghe Hagi very much wants to transfer Stancu. I want six million Euros for the transfer. Galatasaray has free reign to determine the payment plan. I have left authority on this matter in their hands, so long as they pay the six million. They will give me their final answer on Thursday. There is a high probability that Stancu is now with Galatasaray."