Beşiktaş faces off against Dinamo Kiev for Europa Cup 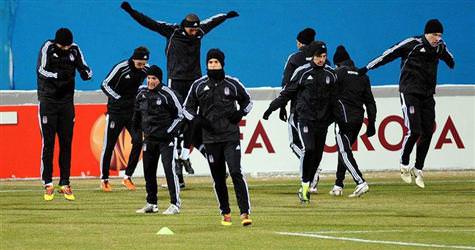 Tonight Beşiktaş will be hoping for a miracle after losing 4-1 at home to Dinamo Kiev in the first leg match against Dinamo Kiev for the UEFA Europa League.

Beşiktaş will only be able to continue in the UEFA Europa League if they win with a three goal difference. With the 4-1 aggregate, even if Beşiktaş wins by 3-0 against tonight's hosts they will still face elimination. Should tonight's game end with a 4-1 score in Beşiktaş's favor, it will then go into overtime.
Having received a red card in the first leg game, Quaresma will be unable to play in tonight's game.

STADIUM: Valeriy Lobanovski
TIME: 22:05
REFEREE: Tony Chapron
Ferrari penalized for derby penalty!
Meanwhile, Ferrari is being penalized for his actions leading to a penalty shot and goal in last weekend's derby game against Fenerbahçe. The Professional Football Discipline Council has decided to penalize Ferrari for his actions leading to a red card, by forbidding him to play in Beşiktaş's next three games.