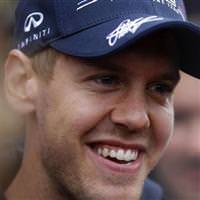 Some Formula One statistics for Sunday's Turkish Grand Prix in Istanbul:

Lewis Hamilton's victory for McLaren in China on April 17 was the 15th of his Formula One career, lifting him above champions Jack Brabham and Emerson Fittipaldi in the all-time rankings.

Michael Schumacher holds the record for victories by a driver, with 91. Ferrari's Fernando Alonso has the second most among current drivers (26). One more by the Spaniard would take him level with Britain's Jackie Stewart.

Hamilton's success in Shanghai ended Vettel's hopes of a fifth win in a row, and third in three this season.

Vettel has been on pole position for the last four races. His pole in China was the 18th of his career, the same number as Hamilton.

The record for successive pole positions belongs to the late Brazilian triple champion Ayrton Senna, who chalked up eight in a row in 1988/89.

All six Turkish Grands Prix to date have been won by a driver starting on the front row. On four of those occasions, the man on pole position has gone on to win.

Button (winner with Brawn in 2009) and Hamilton in 2010 both started in second place. Red Bull have started the last two races at Istanbul Park on pole but have yet to win there.

Ferrari's Felipe Massa has the best record at Istanbul Park, with three wins in a row between 2006-2008.

The safety car has been deployed twice in the past, giving a 33 percent probability that it will be required again this year.

Team Lotus, Hispania (HRT) and Virgin Racing have yet to score a point in Formula One since their debuts in Bahrain last year. Former champions Williams are still seeking their first point of 2011.

There were 23 classified finishers in the Chinese Grand Prix, the largest number in any race yet. The previous record was 22 in Brazil last year.