To the helm or to the box 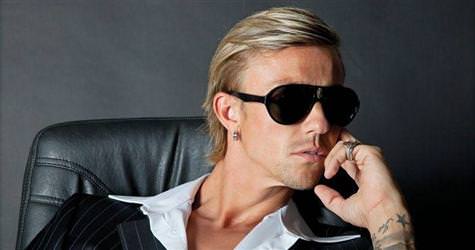 Beşiktaş coach Havutçu has convinced Guti to stay, even though he has received a number of tempting offers form the United States, by telling the player that he needs to up his condition and then he will be team leader. Last year’s Guti will not get a spot in the starting line-up…

While speculation abounds regarding who will take the reins in Beşiktaş, last year it was Guti Hernandez that took over for a departing İbrahim Üzülmez, despite the team's harboring of a number of star players, such as Quaresma, Simao and Fernandes.
Reviving the team in the first half of the league, Guti also never refrained from taking on responsibility when in critical moments the need called and became a favorite for Beşiktaş fans. However, the 34-year-old Spanish star failed to take care of his personal life and coupled by his increasing age, began to drop in the second half of the season, to a point where by the end, donning a uniform became a rare occasion.
HAVUTÇU SAYS HE SHOULD STAY, BUT…
According to Beşiktaş Technical Director Tayfur Havutçu's report, Guti, who has received a number of tempting offers from the United States, has agreed to stay on for another year. While on the one hand, Havutçu calls Guti a great star, he also says, 'He could do much better'. The young technical director has told the administrators, "If Guti plays like he did last season he won't even get a spot in the starting line-up. As a captain, he needs to become the team's leader. Therefore, he needs to improve his performance."
A B PLAN IS READY: FERNANDES
Tayfur Havutçu plans to share his views with Guti before training for the new season begins. Meanwhile, Havutçu's B Plan is also ready. Should Guti fail to reach the level his coach wants in training, he may very well find himself in the substitution box. Should this be the case, Manuel Fernandes, whom Beşiktaş brought on from Valencia, will become the team's leader on the field.